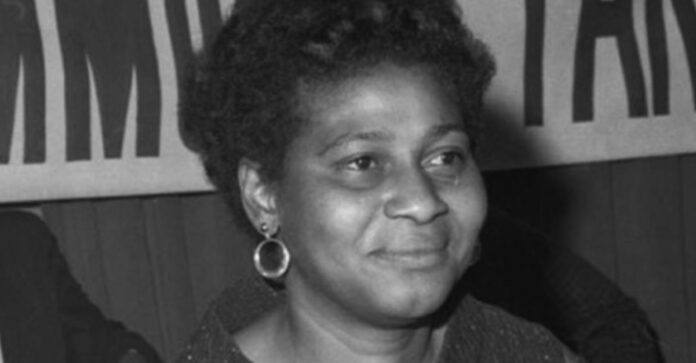 Civil rights activist Charlene Mitchell, a long-time Communist Party leader and freedom fighter, passed away in Manhattan, New York, on Dec. 14, 2022. She was 92.

Mitchell was also known for her leadership in the campaign to free Angela Davis when Davis was arrested in 1969.

Born in Cincinnati, Ohio, in 1930, Mitchell moved to Chicago with her family at age 9, where they settled down in the Cabrini Green housing project, then a mix-raced housing complex and “a center of left-wing politics,” according to the New York Times.

Her father worked as a Pullman porter and was active in the labor movement, so she was exposed to the Black civil rights struggle from a young age. At 13, Mitchell joined the local youth branch of the Communist Party, helping to lead a student protest against segregated seating at a local theater.

In the 1960s, she moved to Los Angeles, where she founded an all-Black chapter of the Communist Party. Mitchell stressed the need for solidarity with oppressed people around the world, and traveled the world meeting with leftists in Europe, South America, and South Africa, the Grio reported. Notably, she was among the first Americans to speak out against the incarceration of Nelson Mandela and anti-apartheid struggle in South Africa.

“Having known Charlene Mitchell through political victories and defeats, through personal tragedies and triumphs, I can say with confidence that she is the person to whom I am most grateful for showing me a life path,” activist Angela Davis, a professor at UC Santa Cruz, told the New York Times. Davis continued: “I don’t think I have ever known someone as consistent in her values, as collective in her outlook on life, as firm in her trajectory as a freedom fighter.”

In her 1968 run for president, Mitchell’s slogan was “Black and White Unite to Fight Racism, Poverty, and War!” She and her running mate made it to the ballot in only four states and won just over 1,000 votes, the New York Times reports, but her candidacy put a new face on the Communist Party, which was struggling under the weight of repression from the federal government.

Mitchell would eventually split from the Communist Party in the 1980s but would support several other anti-racist political organizations, including the Committees of Correspondence for Democracy and Socialism and the National Alliance Against Racial and Political Repression.

“Black Lives Matter and modern Black feminism stand on the shoulders of Charlene Mitchell,” Erik S. McDuffie, a professor of African American studies at the University of Illinois, told the New York Times.