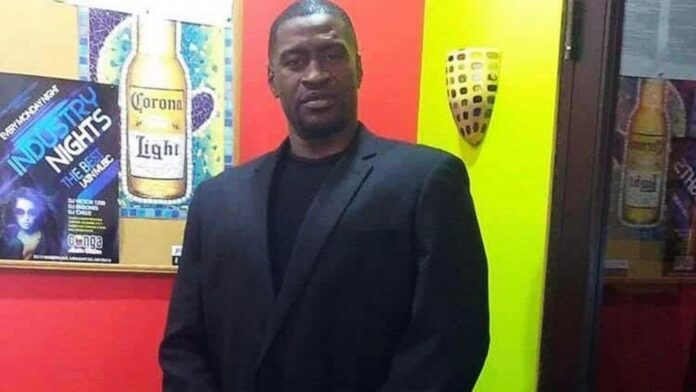 Floyd Family to be paid $27 Million

In the middle of jury selection in the murder trial of George Floyd on Friday, March 13 came word that the city of Minneapolis may have reached a settlement. It turned out that they had, and city officials announced that the body had agreed to pay the Floyd family a record $27 million, an amount just shy of the most ever paid in a police-involved killing.

There are fears in some quarters – including from the attorney defending former Minneapolis Police Officer Derek Chauvin – that the settlement could have significant implications in the trial. Chauvin is charged with second- and third-degree murder and second-degree manslaughter after kneeling on Mr. Floyd’s neck for eight minutes and 46 seconds while he was handcuffed and lying face down on the ground. The May 25 incident was captured on video by a passerby and went viral.

What followed was several months of nationwide protests by millions of demonstrators who demanded police accountability, calls to defund the police and entreaties to bring an end to the murders of primarily unarmed African American men, women and children around the country.

Nelson said he was ‘gravely concerned’ by the announced settlement from Friday, calling it ‘incredibly prejudicial’ to his client. He said that a settlement of that magnitude could be seen by jurors as an admission of guilt by the city. He argued in court in Minneapolis on Monday that the publicity surrounding the massive settlement could taint the jury pool and make it impossible to get a fair trial in Hennepin County.

‘It’s amazing to me, they had a press conference on Friday, where the mayor of Minneapolis is on stage with city council, and they’re using very, what I would say, very well-designed terminology,’ Nelson said in court Monday, according to media reports. He also took issue with the term “the unanimous decision of the city council” used to describe the settlement.

“It just goes straight to the heart of the dangers of pretrial publicity in this case,” he said. “It is profoundly disturbing to the defense, because the goal of this system is to provide a fair trial and this is not fair. The fact that this came in the exact middle of jury selection – it’s perplexing to me, your honor, whose idea it was to release this information when it was released.”

Some legal observers agree with Nelson saying publicity over the settlement could result in a possible mistrial. Judge Cahill said he would consider the request and has allowed jury selection to continue. The number of jurors chosen stands at nine.

Marc Morial, president and CEO of the National Urban League, said that despite the settlement, he’ll be watching to see if justice is served.

“The settlement is a positive step for the family, but no amount of money will stop Mr. Floyd’s loved ones from living every day in pain,” he said.

Morial said the justice system in Minneapolis is also on trial.

“The question is if the criminal justice system in Minneapolis can hold one of its own members accountable. What we do in civil society is important,” he told Trice Edney Newswire. “My job as a watchdog is to ensure that justice is served. We shall see. The watch dogs will be watching.”

The Floyd family and their legal team said they welcomed the settlement and saw it as vindication Floyd’s murder. But lead attorney Benjamin Crump said he, like Morial, understand that there’s no guarantee that Chauvin will be convicted for the cold-blooded murder of George Floyd.

“This historic agreement — the largest pretrial settlement in a police civil rights wrongful-death case in U.S. history — makes a statement that George Floyd deserved better than what we witnessed on May 25, 2020 … That George Floyd’s life matters, and by extension, Black lives matter,” Crump told the media and other observers at a news conference with city officials and members of Floyd’s family.

While city officials did not admit culpability, City Council President Lisa Bender offered condolences to Floyd’s family after the vote.

“No amount of money can ever address the intense pain or trauma caused by this death to George Floyd’s family or to the people of our city,” she said. “Minneapolis has been fundamentally changed by this time of racial reckoning and this city council is united in working together with our community, and the Floyd family to equitably reshape our city of Minneapolis.”

Minneapolis Mayor Jacob Frey, agreed, saying during the news conference that city officials are committed to going beyond the settlement to implement major policy changes in the pursuit of racial justice.

“Our Black community has endured deep and compounding trauma over this last year, none perhaps more acutely than George Floyd’s family standing with me right now,” he said. “… Amid unprecedented pain, we now have a once-in-a-generation opportunity to truly effectuate change.”

Changes to policing are already underway. City officials voted last Friday to continue their move towards a charter amendment that would eliminate the Minneapolis Police Department and replace it with a Department of Public Safety. Voters are expected to vote on the measure in November.

Elected leaders are also taking a broad look at ways to reform and reshape the police department by exploring viable alternatives to policing and adding key violence prevention elements. Some officials are also considering a plan to increase civilian oversight and replace police officers with trained mental health specialists and social workers to respond to mental health and wellness calls.

Former Minneapolis police officers Thomas K. Lane, J. Alexander Kueng and Tou Thao – who are also charged in Floyd’s death and are plaintiffs in the Floyd family lawsuit — are scheduled to be tried separately in August.