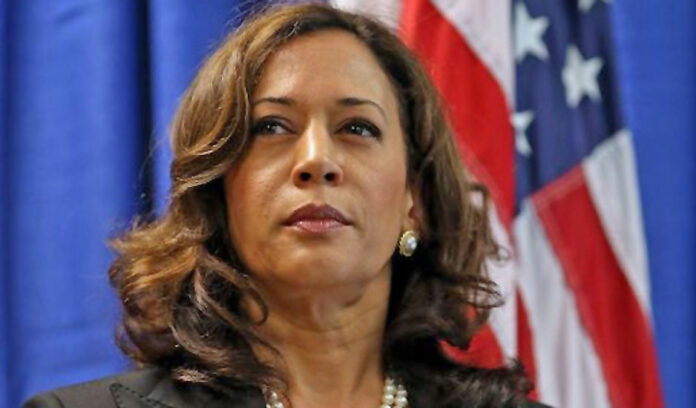 As a former prosecutor, I understand the importance of holding powerful people accountable. I know that every trial requires fairness and truth. Having worked my whole life serving the people, I know that any trial that abandons the pursuit of truth cannot be considered fair or just.

December 18 — Today the House of Representatives will vote on whether to impeach President Trump. If it votes yes, sometime early in the new year I will take an oath on the Senate floor to uphold the Constitution, review evidence and follow the facts wherever they lead, regardless of party or ideology. Every one of my colleagues will be required to do the same.

As a former prosecutor, I understand the importance of holding powerful people accountable. I know that every trial requires fairness and truth. Having worked my whole life serving the people, I know that any trial that abandons the pursuit of truth cannot be considered fair or just.

But the Senate majority leader, Mitch McConnell, appears more interested in covering up the president’s misconduct than in pursuing truth and fairness. He is already trying to limit the impeachment trial by preventing witnesses from testifying, and he has all but announced a verdict. In doing so, he showed the American people that he has no intention of honoring his oath.

Fortunately, Mr. McConnell does not have the power to unilaterally undermine this trial. Every single senator will be empowered with an equal vote on how the trial will proceed. Though in just the past year, Mr. McConnell has used his position to unilaterally block legislation to restore the Voting Rights Act, lower the prices of prescription drugs and address the gun violence epidemic, he cannot wield the same authority in a Senate impeachment trial.

In this trial, senators will be far more than jurors. Every one of us will vote to determine the rules for the trial, decide which witnesses testify and ultimately serve as both court and jury. Each of us will be called on to uphold our oath with every decision we make. We will all be held accountable by the American people if we refuse to discover the facts relevant to the articles of impeachment.

The Senate Democratic leader, Chuck Schumer, has made a reasonable request to hear from four additional witnesses with firsthand knowledge of the president’s misconduct and to review documents that shed light on why the administration initially decided to cut off military aid to Ukraine.

We need to hear from Mick Mulvaney, the acting White House chief of staff, who admitted to Mr. Trump’s bribery scheme on live television, and from the former national security adviser, John Bolton, who has been shopping stories about Mr. Trump to book publishers instead of speaking with Congress. Every senator should want to hear from anyone who can speak directly to the president’s misconduct related to the articles of impeachment.

Even Richard Nixon allowed the key figures behind the Watergate scandal to speak to Congress, and he eventually turned over incriminating portions of his Oval Office recordings to investigators. But Mr. Trump has stonewalled Congress and inhibited our ability to seek justice by demanding that those closest to the center of the Ukraine scandal stay silent.

Senators must be allowed to subpoena relevant witnesses and submit questions to them directly. The Senate should not vote on any article of impeachment or consider a motion to dismiss the trial until we have reviewed the additional testimony and evidence that Mr. Schumer has requested.

I have never been in a courtroom where the accused can unilaterally block witnesses from testifying or prohibit prosecutors from asking witnesses questions. No court would allow a trial to proceed this way, and neither should any member of the Senate.

Ensuring the integrity of this trial is a solemn responsibility for every senator, with consequences that extend far beyond any one presidency. My colleagues and I have a duty to use our voice and our vote to insist on a fair trial, rooted in the pursuit of truth. We must demonstrate to the American people that in our system of justice all are equal under law, and that there are not two sets of rules, one for Donald Trump and another for everybody else. We must conduct the Senate impeachment trial in a way that is fair and that reflects impartial justice.

History will judge the actions taken by the United States Senate at a time when our Constitution and the rule of law were at stake. I’ll be fighting for justice and accountability, and my colleagues should too.

Kamala D. Harris is a Democratic senator from California.

The above article was originally published as a letter to the editor by The New York Times. The Times is committed to publishing a diversity of letters to the editor. The article is reproduced here by request.