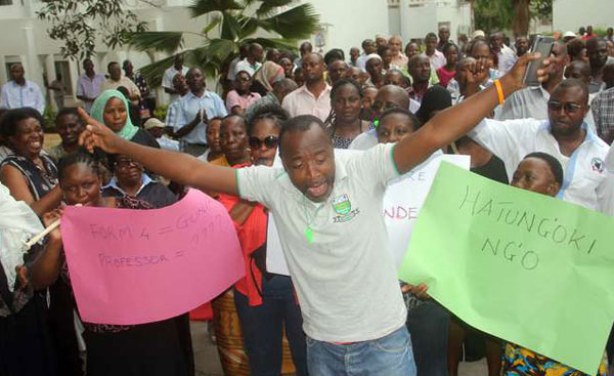 Lecturers’ strike that entered its 54th day on Tuesday has been called off.

The Universities Academic Staff Union (Uasu) announced on Monday it had signed a Collective bargaining Agreement (CBA) with the government reaching a 17.5 per cent pay-hike deal.

Classes are set to resume on Tuesday.

Four days ago, the lectures rejected a second salary increase offer from the government of 18 per cent insisting that they would only take a 30 per cent salary increase per year for four years.

Education Cabinet Secretary Fred Matiang’i then warned that no lecturer would be paid until they resume work.

Last month, they also rejected Sh10 billion offer arguing it was 3.2 per cent in basic salary and 1.6 per cent in house allowance and Sh2 billion would go to the employer as employe