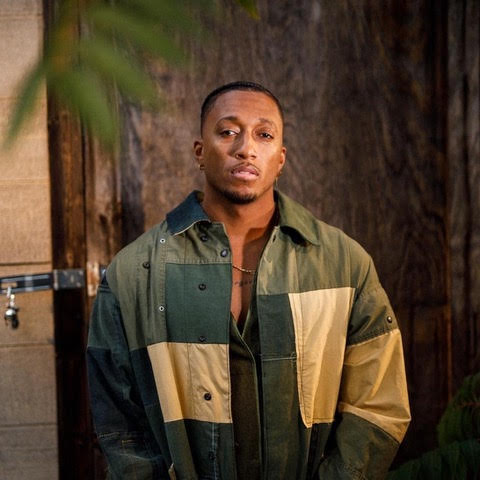 Grammy Award-winning Christian Hip-Hop hop artist Lecrae is on a mission to increase financial literacy among African Americans. Growing up in a “marginalized” community in San Diego, Lecrae says he was exposed to incredible wealth and opportunity when he visited communities along the Pacific coastline or neighborhoods nestled in the hills overlooking the city.

But life was different in his predominantly Black neighborhood. Less possibility. Much more poverty.

“You begin to wonder ‘how do I acquire that?’ How do you change the narrative?” Lecrae told California Black Media. “Returning to a community that faced marginalization, brutality and the effects of poverty was a reflection — excluded from the gleaming SoCal Hills,” he said.

Recalling those childhood experiences, Lecrae — who now lives in Atlanta — said he decided to launch an effort to create opportunities for African Americans that would help to close the wealth gap between Blacks and Whites. Using his own production company, 3 Strands Films, Lecrae developed a short-form financial education show called “Protect the Bag”.

The six-part web series provides viewers with a “blueprint” for financial wellness by delving into topics like saving, retirement, investment, budgeting, and identity protection, according to the rapper. Lecrae, who won a Grammy for Best Gospel Album in 2012, says he hopes the show helps to restore stability and hope in a new generation of young Black people.

The concept for “Protect the Bag” was developed during the COVID-19 lockdown last year. During that time, Lacrae says he partnered with the credit scoring company Experian to come to the aid of 21 families facing foreclosure due to financial hardship.

A series of short roundtable conversations comprises the Protect the Bag. During each one, Lecrae explains the basics of building a financial legacy. In discussions with financial professionals, community members and guests like Denver Nuggets forward Michal Porter Jr, the panelists address obstacles to building wealth that large numbers of African Americans face. By the end of each episode, Lecrae says his goal is to equip viewers with the knowledge, exposure and confidence to create better financial habits.

Before knowing that his passion for financial education would grow into what he calls a “new-age Teen Summit” (referring to the early 1990s BET weekly show that dealt with issues facing young African Americans), Lecrae says he was working to expose those around him to the benefits of good money habits.

A self-described “doer,” Lecrae explained that at his label he met with artists and hosted financial literacy classes exploring buying power, disparities in the stock market, and the value of the Black dollar.

“Those are all important pillars of good financial stewardship,” says the artist who joined other lecturers to teach a six week “pop-out course” at Stanford University.

“One of the struggles that we had in academia is that academics often speak through a backwards megaphone. They speak through the wide end. To them, the information is easy to grasp when it comes out the smaller side,” he says. “How do we turn that megaphone around? How do we take these narrow concepts and make them more broad and applicable for everybody listening? How do we speak the language of the community and allow it to be less complicated than everyone makes it sound?”
Lecrae also talked about the many benefits that can be reaped when African Americans decide to invest in their communities.

“It creates a network. Like that old game, Barrel of Monkeys: when someone reaches down to give you a hand the next step is to reach your hand down to help the next person up,” he says. “This practice puts funds and resources back into the community, which is an essential part of a financially stable economy.”

Lecrae said young people should ditch the mindset that ‘You only live once’.

“You can really lose a movement over a moment. I think we chase pleasure over happiness. Think about what you want long-term because your decisions today can work to ensure that your 60-year-old self is living in a way that is liberated and free.”

New episodes of “Protect the Bag” are released each week on Lecrae’s YouTube channel.