Home State and Local Legislature Passes Bill That Would Allow Inmate Firefighters to Continue in Profession... 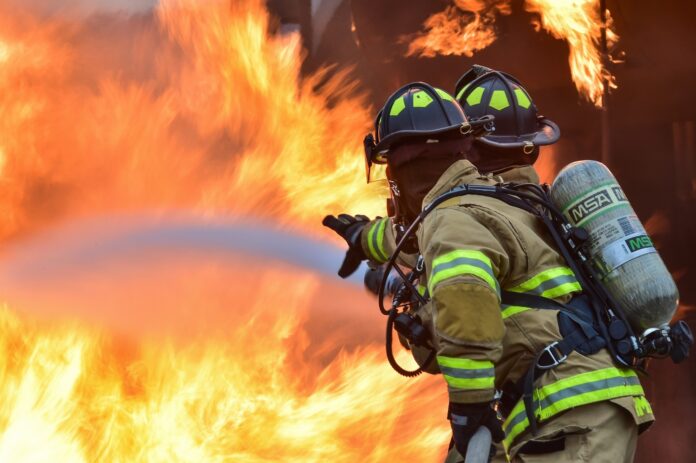 Inmate firefighting crews, made up of more than 2,000 inmate firefighters per year, have helped extinguish many of the biggest wildfires in California.

However, once they’re released, they cannot serve in that profession under current law because of their criminal records.

Now, AB 2147, a law that would lift that restriction, has been sent to Gov. Gavin Newsom to sign after passing both the State Senate and Assembly on Aug. 30. The bill allows nonviolent offenders who’ve participated in the California Department of Corrections and Rehabilitations’ fire camps to have their records expunged after release.

In California, previously incarcerated persons are often turned away from fire departments because of their conviction records and state licensing rules, even if they fought fires while incarcerated. Currently, it takes years to get their records expunged, which would allow them to obtain Emergency Medical Technician (EMT) certification.

“AB 2147 ensures that formerly incarcerated people who have successfully participated as incarcerated firefighters have a pathway to meaningful employment,” said Assemblymember Eloise Gomez Reyes (D – Grand Terrace), the bill’s author. “These individuals have received valuable training and placed themselves in danger to defend the life and property of Californians. Due to their service to the state of California protecting lives and property, those individuals that successfully complete their service in the fire camps should be granted special consideration relating to their underlying criminal conviction.”

The bill comes to Gov. Newsom during a particularly strong wildfire season, which has collectively burned 1.48 million acres and has seen multiple lightning complex fires — all complicated by unprecedented heatwaves across the state.

Because of the intensity and scale of the fires, Gov. Newsom declared a state of emergency on Aug. 18. The next day, he announced that the state’s resources to fight wildfires were stretched thin.

Allowing previously incarcerated persons to be firefighters also gives them the chance to get well-paying jobs, Reyes has argued, pointing out that steady and meaningful employment would lower recidivism rates. Inmate crews are paid between $2 and $5 a day, with a $1 per hour increase while fighting a fire.

“Those that have served on the fire lines deserve a second chance,” tweeted Reyes on Aug. 30.