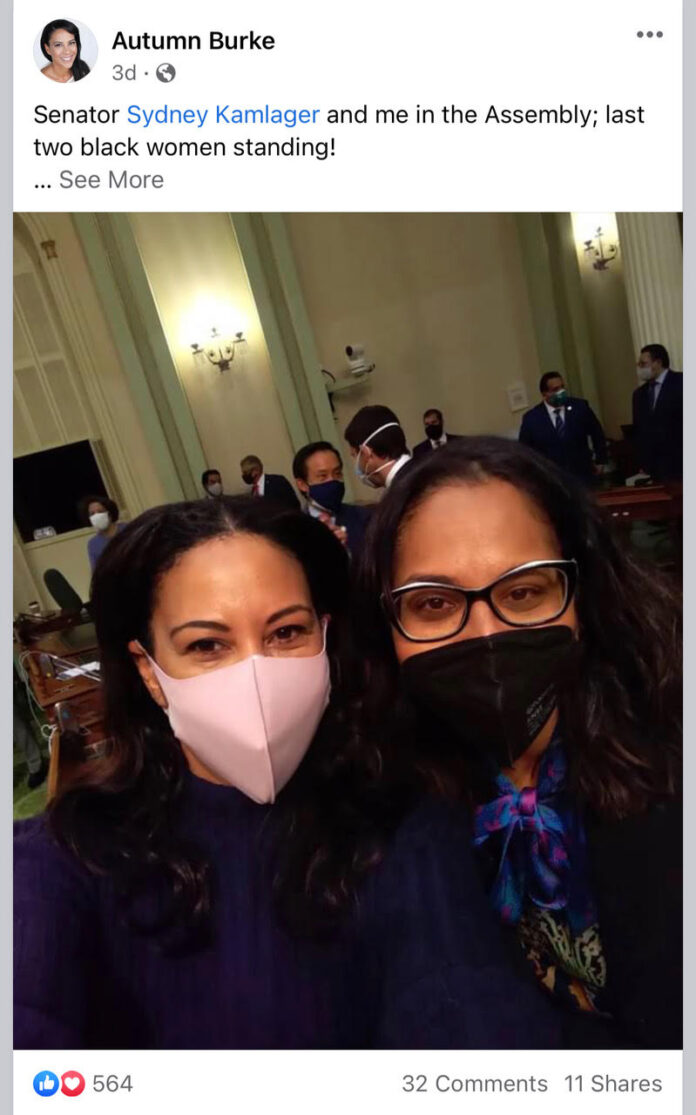 The same day Atkins announced that she has also appointed Kamlager to eight committees in the upper house of the State Legislature.

“I was pleased to swear in our newest senator,” Atkins said. “Sen. Kamlager is a dedicated public servant who has long fought for criminal justice reform, civil rights, women’s rights, and the planet. I look forward to the addition of her passionate voice on the Senate floor.”

With her new Senate appointments, Kamlager will be serving on six standing committees. They are Appropriations; Budget and Fiscal Review; Governmental Organization; Human Services; Public Safety; and Rules. Atkins also assigned Kamlager to the Budget Subcommittee #4 on State Administration and General Government and to the Joint Committee on Rules.

“As I move forward to the Senate, I take with me the valuable perspectives of my Assembly colleagues & their districts,” Kamlager tweeted. And I promise to continue to be a partner in equity, fairness, discussion, & debate, without judgement or polarization, for all Californians.”

Kamlager also thanked her former Assembly colleagues for their support over the last two years and for welcoming her when she was first elected to serve in the lower house of the State Legislature in 2018.

“Looking forward to seeing more of this dynamic leader in action,” he said.

“Representation matters,” Kamlager said earlier this month when she won a special election to become a state senator. “We know what happens when we don’t have a seat at the table. Policies and budgets fail us. Having a Black woman – a working mother – in the State Senate is critically important for perspective in the fight for recovery, justice, and equity.”

Assemblymember Autumn Burke (D-Marina del Ray), who is now the only Black woman in the California Assembly after Kamlagers’s resignation — and the only other African American woman in the State Legislature — wished her friend and fellow California Legislative Black Caucus member well.

Burke posted and captioned a photo she took with Kamlager on the Assembly floor.