Home National Obama: ‘We Saved the Best for Last’ at Final State Dinner 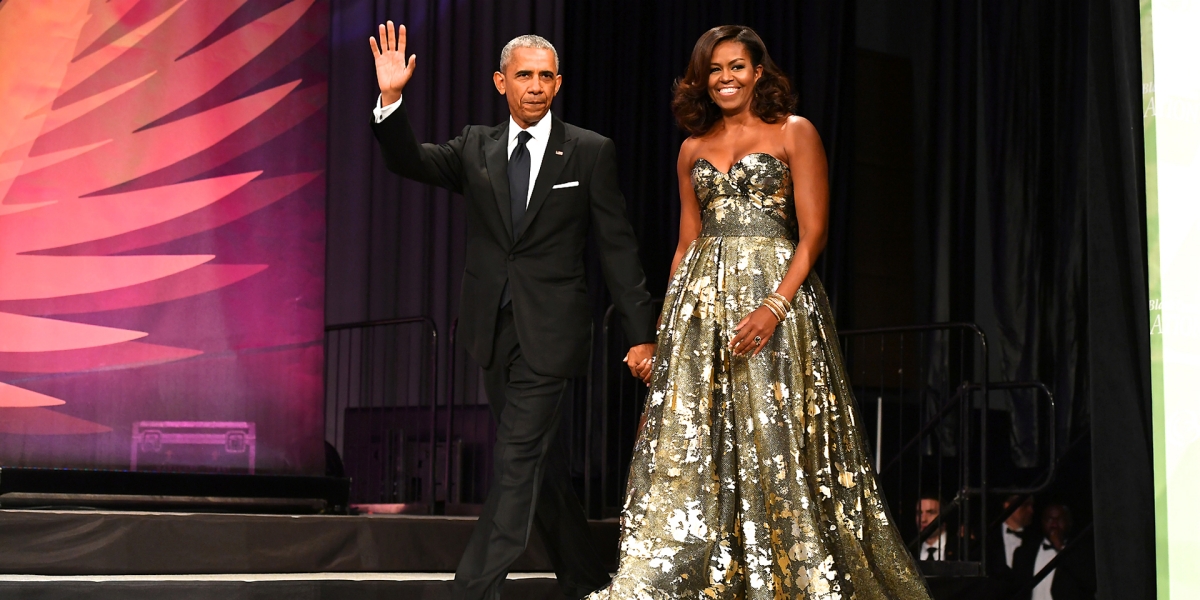 WASHINGTON (AP) — “Bittersweet” was the word of the night, the one often used to describe President Barack Obama’s final State Dinner.

“We saved the best for last,” he said Tuesday as he welcomed Italian Prime Minister Matteo Renzi and his wife, Agnese Landini, to the White House.

The final gala meant everything was big or bigger, from the personality of the guest chef (Mario Batali) who collaborated on the menu to the size of the white tent (huge) on the South Lawn where the soiree was held, to the guest list (nearly 400 people).

Rep. Gerald Connolly, D-Va., said it’s “a little sad” that it’s Obama’s last State Dinner. But to make the occasion even more memorable, he said: “For tonight only, I pronounce my name ‘Canoli,’ not ‘Connolly.”

Michelle Obama’s hairstylist, Johnny Wright, also described the moment as “bittersweet,” but he was still excited to have been invited. The first lady also invited her makeup artist, Carl Ray; her trainer, Cornell McClellan; and Meredith Koop, who helps Mrs. Obama with her wardrobe.

Others, meanwhile, sought to inject some levity into the evening.

“We’re Jews, but we identify as Italian,” joked Jerry Seinfeld. By way of explaining why the Obamas may have invited the comedian and his wife, Jessica, Seinfeld said the couple spends a lot of time traveling in Italy “and we almost exclusively go out for Italian food, but that’s as far as I can figure.”

After tripping while climbing stairs and then cutting out the lining of her dress, celebrity chef Rachael Ray joked that “I should only come here in sneakers.” Ray has done numerous events with Mrs. Obama to support the first lady’s “Let’s Move” anti-childhood obesity initiative.

Obama has had one dinner bigger than Tuesday’s – a 2014 event for African heads of state to which more than 400 people were invited.

Tuesday’s guest list included a touch of everything: celebrities, lawmakers, senior administration officials, White House staff, a larger-than-usual contingent of journalists and others, and it had the feeling of having been designed as one big final “thank you” to all.

In fact, Mrs. Obama was overheard thanking her guests “for eight magnificent years.”

“This has truly been a successful final State Dinner,” she said between dinner and the entertainment.

Once again, the first lady dazzled – literally – in her evening gown, a rose gold chainmail number by Italian designer Versace, the White House said. Other female guests also went Italian in their choice of attire, clothing themselves in Valentino, Roberto Cavalli and others.

Batali helped the White House kitchen crew prepare the meal, and Grammy-winning pop singer Gwen Stefani opened the after-dinner segment with her hit, “The Sweet Escape,” as her boyfriend, country superstar Blake Shelton, looked on from the audience. After that song, she talked about her dad being Italian American and said “I’m trying to, like, figure this out, how I got here,” referring to the dinner.

In his pre-dinner toast, Obama said American democracy had been graced by a touch of Italy. He noted that the Lincoln Memorial and the interior of the U.S. Capitol dome were done by Italians, and raised a glass to the “enduring alliance” between the U.S. and Italy.

Renzi alluded during his toast to a speech the first lady gave last week in New Hampshire in which she criticized Republican presidential nominee Donald Trump for boasting on a 2005 video about being sexually aggressive toward women.

“Michelle, your tomatoes are great. But after the last weeks, let me be very frank, your speeches are better than your tomatoes,” Renzi said, thanking her as the father of a young daughter.

The menu was designed to showcase traditional Italian dishes that are familiar to Americans and were made using ingredients pulled from Mrs. Obama’s garden during this month’s final harvest, such as the sweet potatoes and herbs.

Obama has held 13 state dinners during nearly eight years in office, two more than President George W. Bush, but fewer than other recent predecessors, according to the White House Historical Association. President Bill Clinton far exceeded both of his successors with 28 dinners during two terms in office.