Home Opinion and Commentary OPINION: Gun Safety Is about Freedom 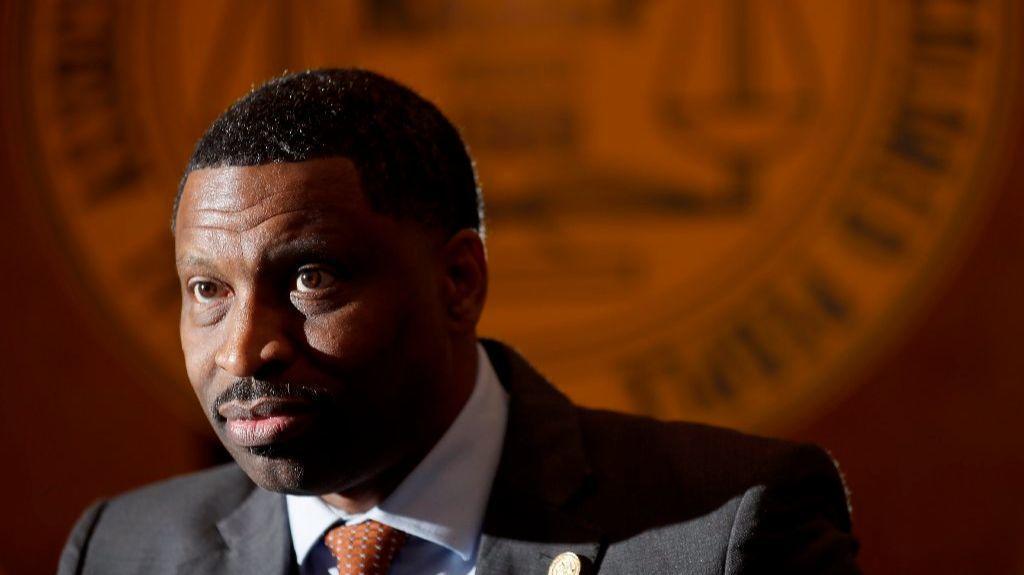 Fear at school was something the Little Rock Nine knew all too well. Facing vitriol, racism, and merciless violence, the Little Rock Nine were escorted, for their own safety, by federal troops to their high school classes. For those brave students selected to make the promises of the 1954 Brown v. Board of Education Supreme Court decision a reality, fear and terror were a normal part of the school-day routine.

Decades later, fear and terror still exist in our children’s classrooms. Due to the National Rifle Association (NRA) and the politicians that support them, meaningful discourse on the issue of gun control is nearly impossible, and in that silence, school shootings from Sandy Hook to Parkland keep the classroom a battleground, not a place of learning.

Some African American communities know all too well the potential danger associated with everyday activities, as gun violence spills into our communities from various angles. Yet, for the most part, schools have remained safe places for our young people.

Given the disproportionate damage gun violence is having on our communities, the NAACP has advocated for sane, sensible laws, to help eliminate or at least to decrease the damage and death caused by gun violence. Requiring universal background checks on all gun sales and transfers, banning military-style, semi-automatic assault guns, enacting tough, new criminal penalties for straw purchasers and gun traffickers, and allowing the Center for Disease Control to research gun violence as a major public health issue are just a few of the reasonable steps lawmakers could take to stem the tide of gun related deaths in neighborhoods across the nation.

Critics might call such policy interventions naively ambitious in our current political climate. However, comprehensive, sustainable gun control is achievable. We know this because someone has done it.

In the past 20 years, Australia has proven that sensible reform can prevail over partisan divides and high rates of gun ownership. In the spring of 1996, Australia faced the deadliest mass shooting in its history when a 28-year-old man opened fire at a tourist resort in Tasmania, killing 35 and wounding 23 with a semi-automatic rifle. Following the massacre, the party in power—the center-right Liberal coalition—surprised the country and world by joining with groups across the political spectrum to implement a radical intervention on gun violence. Over the course of mere months, the Australian government bought and destroyed over half a million firearms, banned automatic and semiautomatic weapons, created a national firearms registry, and enforced a 28-day waiting period for gun purchases.

The results were both clear and staggering—there has not been a single mass shooting in Australia since 1996. Additionally, data shows that in the ten years following the Tasmanian massacre, gun-related homicides and suicides dropped by 59 percent and 65 percent, respectively. While there is still room for improvement, the immediate and directly correlative impact of Australia’s gun control reform demonstrates the potential of policy to promote peace.

Australia’s gun control intervention was not achieved without encountering significant opposition. Like America, Australia holds a near fetish-like obsession for rugged individualism, which caused many to resent the government’s action and to perceive it as an insult to gun owners and a breach of power. To be fair, a 28-day waiting period on gun purchases hardly fits the image of the reckless, rough-and-tumble Outback presented by media and movies. But, as President Obama praised in 2015, the Australian people ultimately united in favor of national safety and progress.

Australia’s success story is an example for us all. America will remain a deadly nation for our children, its schools caught in the crossfire, unless we insist politicians and the NRA curb their lobbyist efforts and allow the creation of policy that acts in the best interests of public safety. The solution is simple. America needs sane and sensible gun safety laws. The NAACP has spoken out, delivering a loud and clear message, on the most urgent and impactful policies pending, and we will continue to push and monitor federal action on these proposals.

The disproportionate impact on communities of color does make gun control a civil rights issue, but gun violence is a national issue and should be a matter of national concern. It is also a matter of freedom. Without sane gun laws, parents are faced with the daily and ever-present fear of another shooting at their child’s school that could have been prevented. All Americans deserve this freedom regardless of skin color, political affiliation, or zip code. This is one freedom that the NAACP is committed to fighting for.

Derrick Johnson is the President and CEO of the National Association for the Advancement of Color People (NAACP). Follow him on Twitter: @DerrickNAACP.