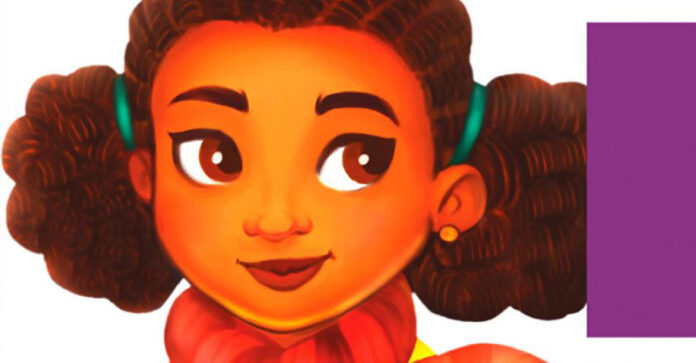 (New York, NY) To celebrate Women’s History Month, Whataboutourdaughters? founded by a former presidential staffer Tiffiany Vaughn Jones, has launched a women’s empowerment campaign. A campaign that honors her former boss, Vice-President Kamala Harris while also encouraging women and girls to honor a special woman in their lives through the ‘Iconic Women Changing the World for Women and Girls’ campaign. A campaign that says being ‘Iconic’ is far less about being a superstar, actress, or model and focuses more on the importance of being a role model to other women and in your community.

The platform encourages women to pass down greatness and build a legacy for women and girls. The campaign features Mrs. Chantél D. Harris, a human rights activist and the great-great-granddaughter of Alpha Kappa Alpha Founder, Ethel Hedgeman Lyle. Mrs. Harris’s commitment to helping others started at a young age. Through her church, she served the homeless and worked with the Circle of L.O.V.E (Let’s Overcome Violence Everywhere) program that was started by her grandmother and member of Alpha Kappa Alpha, Muriel “Puff” Lyle- Smith.

In Mrs. Harris’ advocacy for women, she has lent her support to the national initiative Whataboutourdaughters? to help advance issues for daughters that are motherless, fatherless, homeless, forgotten, or hurting daughters. Harris lost her mother at a young age and says, “After experiencing the loss of my mother and knowing the emptiness that can come from such a loss, Whataboutourdaughters? mission to help motherless daughters is a cause that is very close to my heart.”

As a true heir to greatness, the AKA founder’s granddaughter posted a selfie wearing her Whataboutourdaughhters? ‘Heir to Greatness’ sweatshirt. The merchandise is offered through Teespring, an online fundraising platform to raise funds for the 100% volunteer-based organization.

Whataboutourdaughters? honors soror, Madam Vice-President Kamala Harris as an iconic woman and role model for women and girls and salutes Harris for her women’s activism and refusing to sit on the sidelines of history. Vice President Harris is featured as an Iconic Woman to celebrate in the Whataboutourdaughters? Women’s History Month collection.

Throughout March, the campaign will bring visibility and awareness to unity, sisterhood, and service while focusing on initiatives that help eradicate social and economic barriers that prevent a woman or girl from walking in greatness.

The organization will also be kicking off its annual shoe drive with shoes donated by the heir. The Alpha Kappa Alpha honorary member will be passing down new and gently worn shoes from her closet that will be donated to women and girls in need this summer.

In the spirit of sisterhood, Whataboutourdaughters? is encouraging women across the globe to write a love letter to the women in their lives who helped shape them into the women they are today. The platform hopes to inspire women to share their notes and stories online using the hashtags #letterstoanicon and #womenshistorymonth2021.

At press time, Whataboutourdaughters? founder and former Biden-Harris staffer, Tiffiany Vaughn Jones said, “During Women’s History Month, we salute the generations of extraordinary women, suffragists, and Black women that paved the way for women. Our mission is to continue to amplify the vital truth that when women succeed, the world succeeds. The election of Kamala Harris is indicative of how far we have come. However, our work is not done. We must rise to meet this moment and recommit ourselves to building a future of opportunity and prosperity for our daughters, our granddaughters, and all women in the community.”

Whataboutourdaughters? is a national community of women changemakers powered by SisterHood Inc., a 501c3 organization founded by Dr. Rev Hilda Covington in 1996. The initiative inspires women and girls to build a legacy of greatness while pouring back into the lives of vulnerable women in the community that are motherless, fatherless, homeless, forgotten, or hurting daughters. The community-driven program has provided groceries, shoes, business attire, dolls, and enrichment programs to women and girls in need.