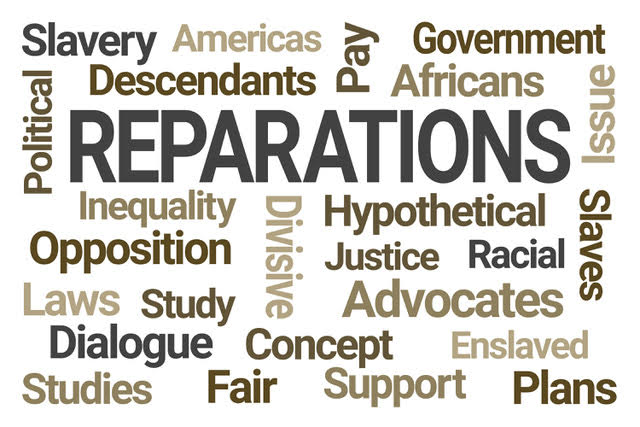 After an intense debate on Feb. 24, the California Task Force to Study and Develop Reparation Proposals for African Americans voted 5-4 to postpone deciding on who should be eligible for reparations until its next meeting in March.

“This is not an easy matter,” said task force member and Los Angeles-based attorney Lisa Holder, who described the decision of determining who gets restitution for historical injustices Black Americans have suffered as “a pivotal issue,” that is neither “simple” nor “black and white.”

There are two basic requirements the task force members are considering for who is eligible for reparation payments: lineage and race.

Those who say lineage should be the main determinant – including California Secretary of State Shirley Weber who authored the bill in 2020 while serving in the Assembly – argue that it is the best way to ensure that compensation is limited to African Americans who are descendants of Africans enslaved in the United States.

“Reparations is designed to repair and heal the damages done to Africans for 400 years who (suffered) through Jim Crow (laws),” said Weber at the task force’s last meeting in January. Weber says her parents, grandparents, and great grandparents where sharecroppers in Arkansas.

“Recent immigrants do not share our common oppression at the same level,” Weber continued. “Reparations are for those who are descendants of slavery. Their ties are permanently severed from their homeland and their ability to return to Africa is almost impossible. We are truly Americans.”

Those who want race to be the criteria for compensation say some Blacks who emigrated to the United States after the Emancipation Proclamation was signed suffered economic and other setbacks due to legal segregation and racist Jim Crow policies.

Others say the institution of slavery transcended United States borders, affecting other countries and territories in the Caribbean and across the Western Hemisphere.

“I believe that it is our task to recognize that this is collective harm that requires a collective remedy and that this is not just problem that all Black people face in the (United States),” Holder argued during the task force’s January meeting.

“It’s a problem that everyone with Black skin faces at every moment, every point in time, (and) every moment of their being in this country,’ she said. “When you go to the hospital, when you apply for a loan to get a house or appraisal people are focused on your Black skin … not necessarily your lineage.”

Holder says she does not want to erase some Black families from the conversation.

“I do believe we should have a tiered policy, tier eligibility criteria that starts with the descendants of slaves,” she said. “But we also have to embrace what is happening to our Black families now. We have to retain our solidarity. We need our entire family, entire Black family, to move this legislation forward.”

Before the task force voted to delay its decision on eligibility until the March meeting, members, including Holder, Assemblymember Reggie Jones Sawyer (D-Los Angeles) and attorney Don Tamaki, said they would like to hear experts testify about all the benefits and drawbacks of using either the lineage or the race framework to determine eligibility.

Holder, Sen. Steve Bradford (D-Gardena), Jones-Sawyer, Tamaki and Loyola-Marymount professor Cheryl Grills, voted in favor of postponing the vote on eligibility. Task Force chair Kamilah Moore disagreed with them and said she sides with Weber. Lineage should be the main criteria, she pointed out.

Kim Mims, a member of Coalition for a Just and Equitable California (CJEC), says she was disappointed with the task force for chosing to postpone its vote on eligibility.

CJEC is one of the seven “anchor organizations” the task force selected to lead community “listening sessions” to get input from Black Californians on the reparation discussion.

“I watched the meeting and was hoping the members had voted and not pushed it to March,” Mims told California Black Media (CBM), while attending a Feb. 26 excursion in Coloma – about 48 miles east of Sacramento – that toured stolen lands once owned by Black pioneers and enslaved people who came to California during the Gold Rush.

The legislation charges committee members with studying slavery and its lingering effects on African Americans with a “special consideration” for descendants of persons enslaved in the United States, the bill language instructs. AB 3121 also requires the task force to recommend what compensation should be, who should receive it and how it should be paid.

Mim’s said although there is disagreement among task force members and reparations supporters about how eligibility should be decided, she remains hopeful.

“I support Dr. Weber’s explanation of lineage. That’s how she wrote the legislation. As Black people, we will get there, though. The task force has to make the right decision,” Mims said.