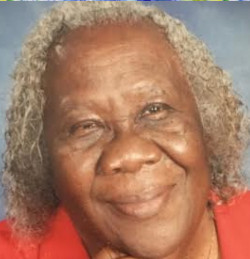 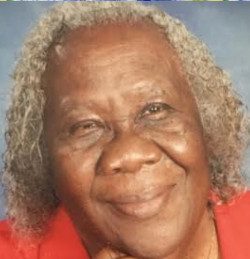 Rosie Lee Long was the first of two children born to the late Washington and Carrie Long on April 23, 1938, in Vicksburg, Mississippi.Rosie was raised by her father in a God-fearing home which led her to accepting Christ and being baptized in Eagle Lake River at an early age. Rosie received her formal education in Vicksburg, Mississippi. Her paternal grandmother, Joeetha Jenkins was her primary teacher. When Rosie was four, her father met and married the late Margaret Brooks, together they raised fourteen children. In 1957, the family moved to San Diego, California and immediately united with Calvary Baptist Church under the late Dr. S.M. Lockridge. Rosie loved reading the bible; she thoroughly enjoyed attending BTU, Sunday school and VBS. After the death of Dr. Lockridge, Rosie united with Mt. Erie Baptist Church. Rosie, the eldest daughter was often task with taking care of her younger siblings. Each day, she prepared meals, washed clothes, combed and brushed hair, while her parents were at work. Rosie was a people person, who found it easy to talk to any and every one. She never let time restraints steer her from a good conversation. Although she didn’t drive, the mere fact that she was a passenger, never deterred her either. She loved shopping, especially if she could find a bargain. On any given day or at any given hour, you would find her and her sister Ethel Lee, standing in some long line, all in the name of “reduced”, “free” or “blow-out” sale. The two of them together was a sight to see. Rosie loved her children and grandchildren. She spent her entire life as a stay at home mother teaching the value of education, cheering them on at their sporting events and taking them to church every Sunday. She also enjoyed family gatherings. One of her favorite holidays was Christmas Eve. She enjoyed the family“gag gift exchange” tradition. After she discovered what was inside the nicely wrapped box, she would burst into laughter, with tears rolling down her face, causing everyone in the room to join in. Rosie lived in the same resident (Bay Vista Apartments.) for over 40 years; she left a remarkable imprint on the hearts of all who knew her. At times you would find her scolding a child on the playground about their vulgarity or feeding one of her children’s friends something from her kitchen. With that type of love for others, Rosie became a foster mother of two beautiful babies and later adopting them as her very own. Rosie was an excellent cook and didn’t mind sharing her recipes. On February 17, 2016, surrounded by family, Rosie made her final transition. She was preceded in death by her parents, Washington, Carrie and Margaret Long; son, Jeffrey Long; grandson, Cornelius Edgerton, Jr.; brothers, Ollie Long, David Strong, Leroy Lane, Calvin Tillman, and L.V. Tillman; sisters, Sammie Scruggs and Doristine Bolden. She leaves to cherished her memories, her four daughters, Rose Marie Long, Artila Watkins (Terrence), Alexis Long, Jeanesa Long; seven grandchildren, Michelle Taylor, Rochelle Patton, Lawanda Long, Terrence Watkins, Jr, Tiffany Long, Artisha Watkins, Lapree Long; seven great-grandchildren, Tempest Robinson, Darrell Tucker, Jr., Demaury Tucker, Jr., Rianna Patton, Lamaya Jones, Tenesha Tucker, Maryah Patton; eleven brothers, Kenneth Brooks, Roosevelt Wilson, Nathaniel Tillman (Mary), Eddie Tillman, Orzelle Long, Tim Long (Rhonda), Thomas Long (Mona), John Long (Cylnthia), Larry Tillman, Lemore Long, Anthony Long (Lisa); four sisters, Ethel Bracy (Greg), Dorothy Follins (Ronnie), Mary Williams, Rosie Lee Tillman; one uncle, Lee James Brooks (Stephanie), three aunts, Margaret Brooks, Vera Long, Alberta Long; God-daughter, Rhonda Hampton; special cousin, Hesstana “Hess”Sellers; special brother in-law Forney Johnson, special sister in-law, Mary Long, special son in-law, Michael Taylor; a host of nieces, nephews, other relatives, and friends.