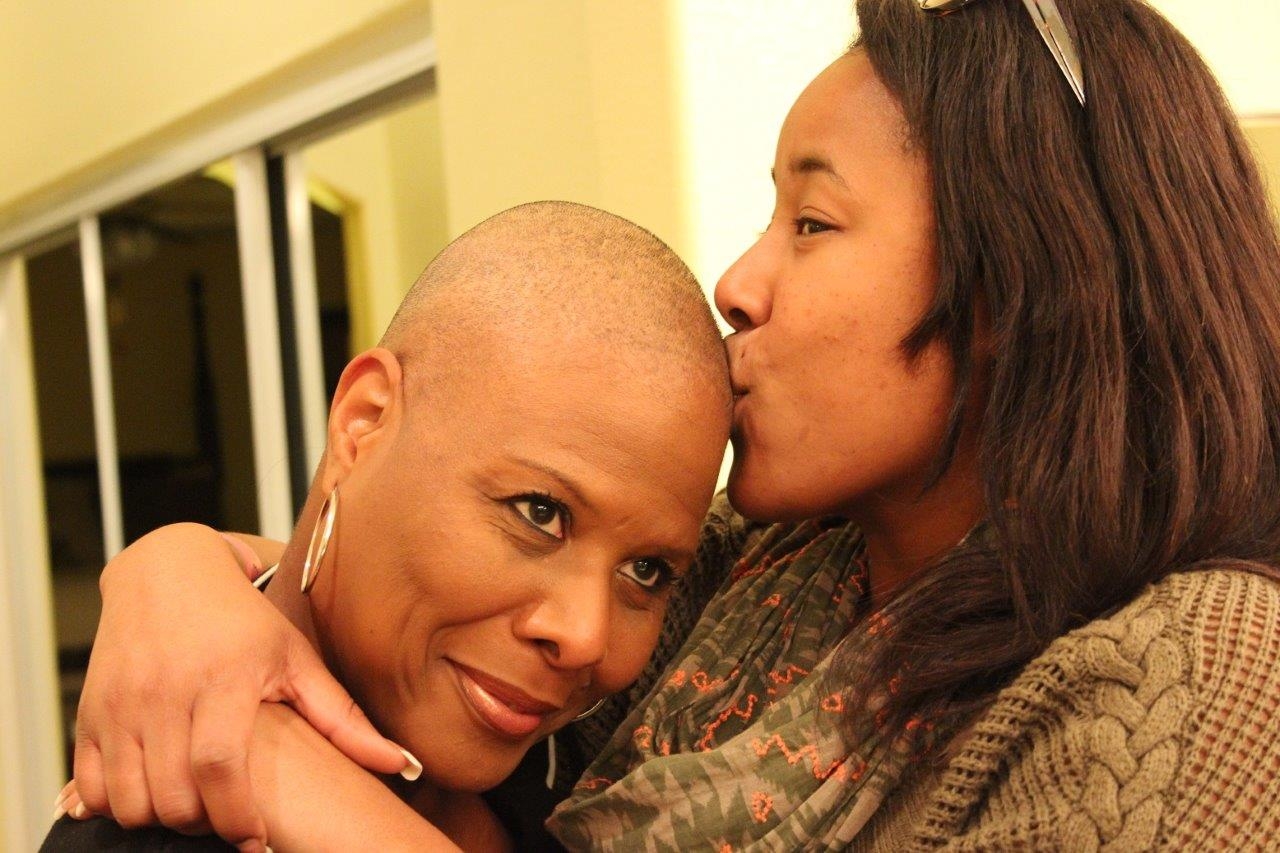 Photos courtesy of the Hutchinson Family

Lorraine Hutchinson is a 49 year old San Diego resident, a mother, and a hardworking woman who has turned her passion of helping people into a fulfilling career. As Deputy Chief Shift Commander of the San Diego Fire-Rescue Department, she stands as one of the few African Americans in this field, let alone serving in such a prestigious leadership role. She oversees all of the fire stations in the district while on duty. And she’s a woman.

Lorraine tells the story of being persuaded to become a firefighter, going back about 28 years to when she worked in health services at San Diego State.

“I’m very active and like when things are exciting, so one of the ladies suggested I become a firefighter.” A little baffled by the idea, she recalls never having even seen a woman firefighter. “Women do that?” she questioned. “Yes women do that,” said her colleague. After a dinner with her colleague and colleague’s husband who was a firefighter, Lorraine’s mind was set. “That was the only thing I wanted to do since then. This is the job for me.”

Lorraine spent 24 years working her way up the ranks going from engineer to captain, then from battalion chief to deputy chief. It is a career that she is extremely proud of. But in 2012, she received some unexpected news.

Lorraine was prompted by her health insurance to go in for a routine mammogram. After the initial exam, the doctors called and requested that she come back in for a follow up. On her voicemail she remembers hearing, “…nothing to worry about…” So she didn’t worry. And waited several months before returning.

“I’m telling you this because it’s important to know that I haven’t done everything right and so that’s why I’m here because I want people to learn from the things that I did,” says Lorraine. “I was in a really stressful job at the time and working long hours. And I made excuses for not going back in. I thought, it can’t be anything because I don’t have a family history of cancer. And I really thought that, that was a defining factor.”

But Lorraine soon found out it wasn’t. When she finally went back in for the follow up exam, she received the devastating news.

“That same day, they did a repeat mammogram. At that point the doctor wanted me to have an ultrasound, but I still wasn’t worried because we tend to have fibrocystic breasts. Then the doctor came in to talk to me and she said ‘We need to do a biopsy and I want to do it right now.’ I knew then, and I was devastated. It just all happened so fast and I was very afraid. Four days later, they called and told me I had breast cancer. And it was still unbelievable to hear.” Only four months earlier Lorraine had been diagnosed with diabetes. That was November 6, 2012.

Lorraine had lost 35 pounds from a liquid fast to combat her diabetes. But after being diagnosed with cancer, the doctors advised her to forego the diet. She underwent a mastectomy of her left breast in December of that year and began chemotherapy in February 2013. Because of the nature of her work, she decided to take the time off instead of rushing back. 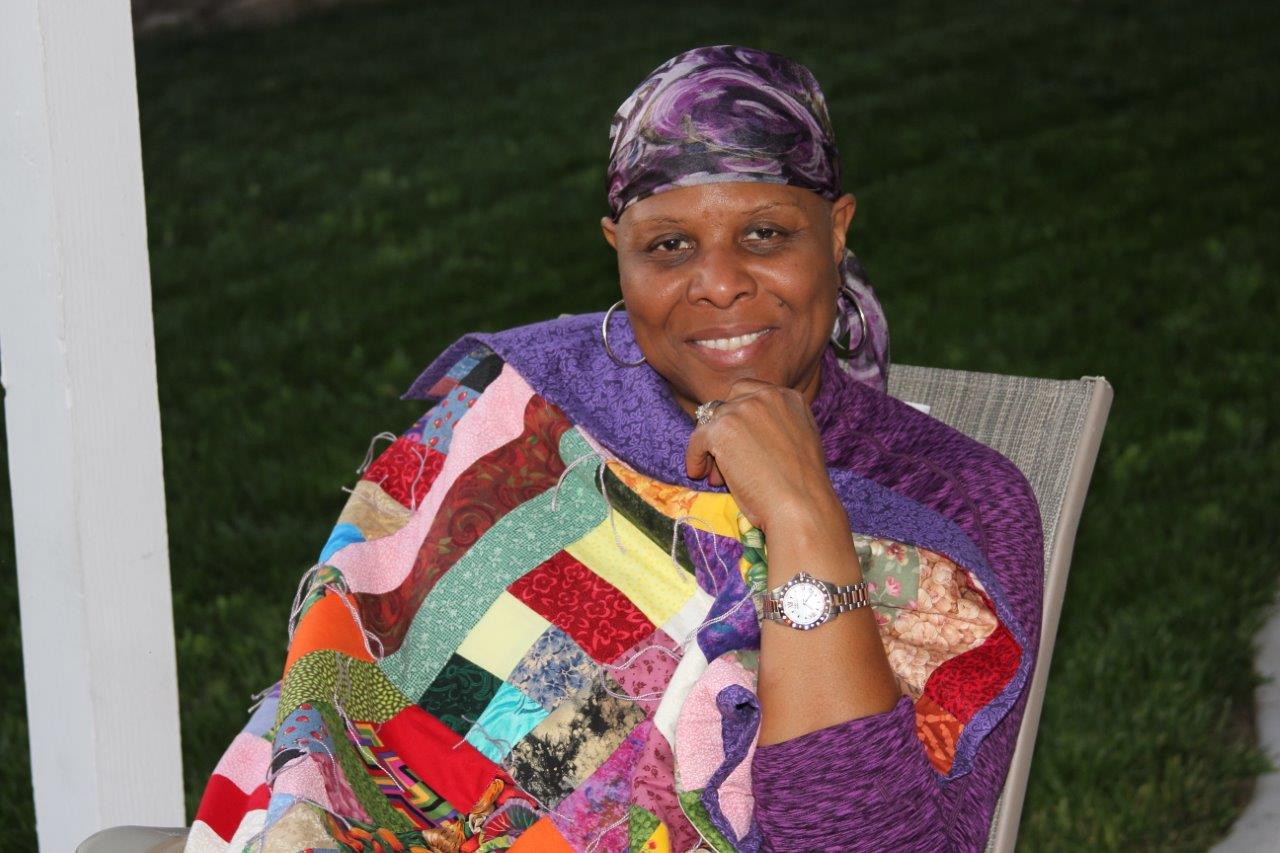 “Even though I was walking every day on chemo, there were a few days that I couldn’t get out of bed,” Lorraine remembers. She says that while many think chemotherapy causes one to lose weight, the effects are the opposite. So she constantly placed emphasis on maintaining her healthy lifestyle. Though her journey had some dark days, Lorraine continued to persevere, completely focused on her health and recovery.

“It was hard, but it was so worth it. I had to get over the shock that I had cancer. Breast cancer for women, I’m not going to say it’s the worst – all cancer is bad – but the thing that separates us from men is our breasts. We like our breasts and we don’t like them cut off. So when you tell a woman she has breast cancer, that’s not like learning you have another kind of cancer, that’s like “I’m going to lose my breasts.” I’m here to say that, that cannot be the reason that you don’t go in for a mammogram because you’re afraid of that. Because none of that is worth dying for. None of it.

Lorraine underwent her last round of chemotherapy on April 24, 2013. She returned to work in June, and though she says she was still very tired and recovering, she longed to return to normalcy. 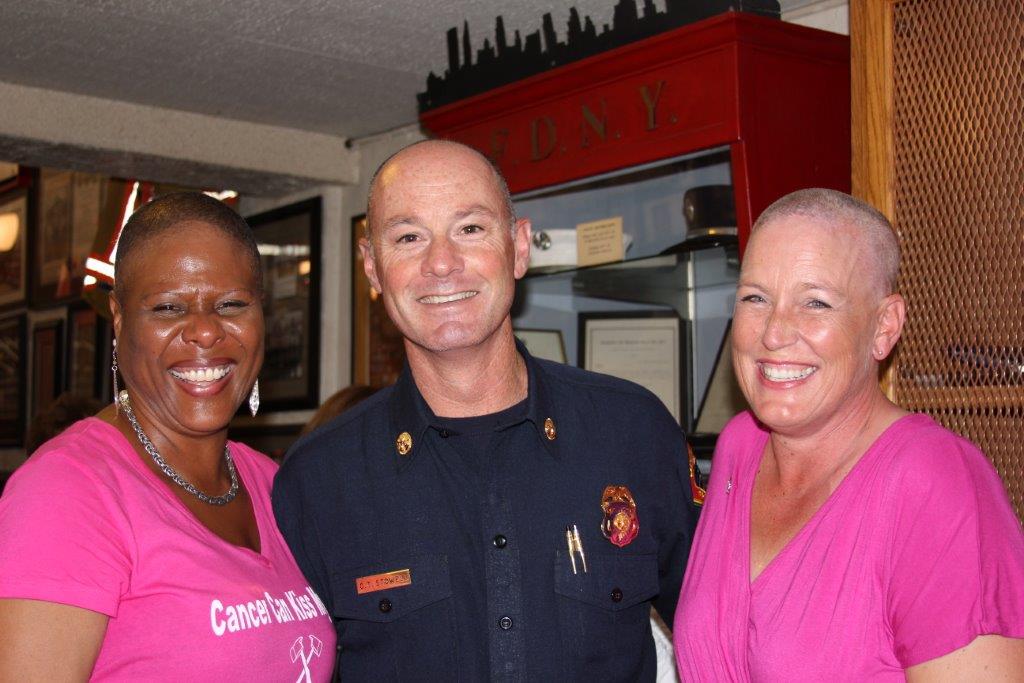 “I want to put a human face to all of this because the same excuses that everybody else has, I had, but I want people to learn from what happened to me. Know your body,” Lorraine implores. “Know what’s not right about you. Don’t sit on it. Don’t wait. And I know a lot of people don’t like to go to the doctor. They say things like, ‘I’m uncomfortable’ and ‘it hurts.’ I know a lot of things that are more uncomfortable than a mammogram. To save your life, it’s nothing.”

Lorraine also credits Susan G. Komen for their efforts in addressing the disparities of breast cancer mortality in the African American community. She speaks passionately on the support they have provided her.

“Through Komen, I learned about the statistics for African American women, and I’m blessed to be the face this year because I want people to see me. I commend them for really attacking and addressing those disparities, and making available resources for underserved and underprivileged. So it can’t be an excuse that ‘I can’t afford a mammogram.’ Because there are resources there to help you.”

This year, Lorraine is being recognized by Susan G. Komen as their 2014 Honorary Breast Cancer Survivor. The recognition goes hand in hand with Komen’s new initiative to service the African American community. 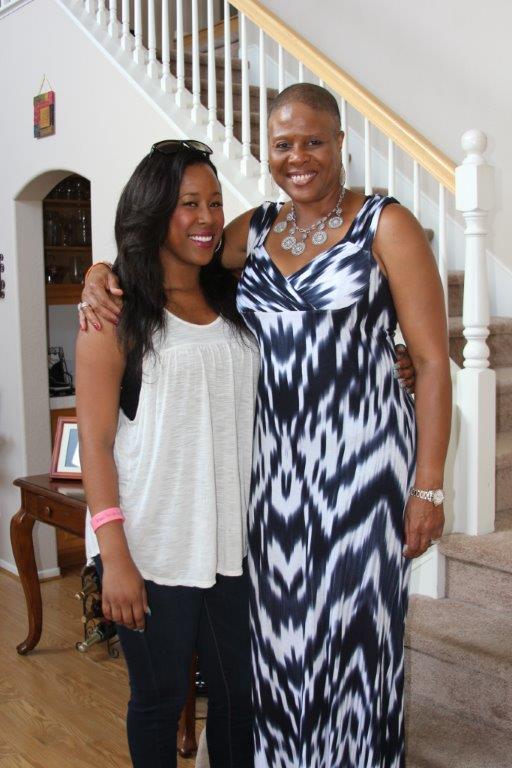 “I’ve done Race for the Cure. I’ve believed in the cause for years even before I got breast cancer so it wasn’t a hard sell to align myself with them. But I think they’re doing so much good in the community. And this new initiative to address the disparities, diagnosis and treatment for African American women is huge. We need to get that message out that there are resources available,” Lorraine says.

Commencing April 1, 2014, the Seven California Affiliates of Susan G. Komen will develop a best practice model that addresses breast cancer disparities at both the system and individual levels, specifically targeting African American women who are rarely or never screened, low-income, uninsured or recipients of Medi-Cal. Komen has received a two year $390,000 “Challenge” grant from Anthem Blue Cross Foundation, L.L.C., to help launch this initiative in order to serve diverse, disadvantaged communities with high mortality rates. In order to proceed, the minimum balance required – $270,000 – will be raised from other sources.

Lorraine gives much praise to her family and friends who rallied around her during her cancer journey. She says the support was immeasurable. Today she maintains her healthy lifestyle, and says she feels like a new person.

“It took me going through to get here, but I try to make the most of each day. I feel like I have a second chance. When people look at me today, they don’t believe that this time last year I was going through chemo. Two months ago, I really turned a corner. I am so happy every day because I feel so good. I feel really good. And it’s been a long time since I’ve felt really good.

“It is survivable. Lots of people survive it. I feel happy to be alive, I feel happy to have this opportunity to share my story and hopefully to help encourage, inspire and motivate.”