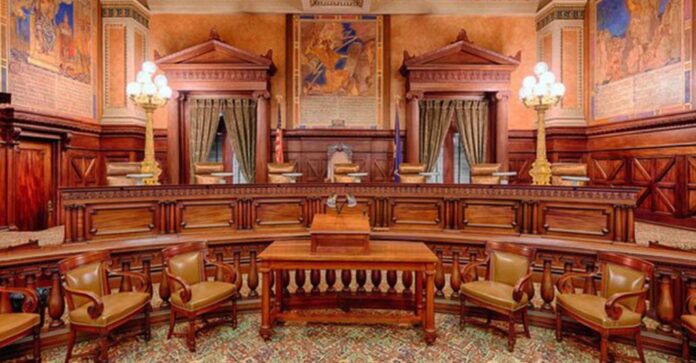 Sen. Manchin declared his intention to vote in the affirmative after the country witnessed perhaps the most unprofessional confirmation hearings in history.

Sen. Manchin of West Virginia and Kyrsten Sinema of Arizona have remained wildcards in the Democratic Party, routinely voting against their caucus and President Joe Biden’s agenda.

But on Friday, Sen. Manchin declared his intention to vote in the affirmative after the country witnessed perhaps the most unprofessional confirmation hearings in history.

“I met with Judge Jackson and evaluated her qualifications to be a Supreme Court Justice,” Sen. Manchin announced in a statement.

“After meeting with her, considering her record, and closely monitoring her testimony and questioning before the Senate Judiciary Committee this week, I have determined I intend to vote for her nomination to serve on the Supreme Court.”

The Senate Judiciary Committee plans to meet on Monday, March 28. The committee has tentatively scheduled a vote on the nomination on April 4.

Sen. Graham has said he’ll vote against confirmation this time.

No Democrat has publicly opposed Judge Jackson’s nomination, and Republicans have sought out Sens. Manchin and Sinema because of their track record of voting against the Democratic agenda.

“There is nothing in Judge Jackson’s record suggesting that the committee should have difficulty reporting her nomination out,” Schumer demanded.