Home Features Community Southeast Rotary Honors One of Its Own 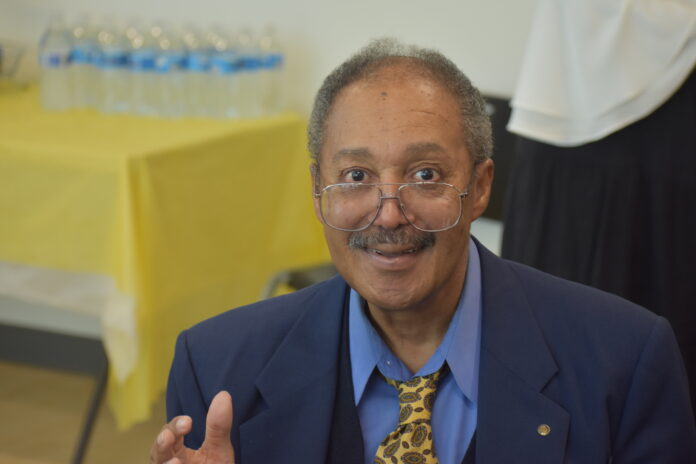 Last week over 50 people gathered for the weekly meeting of the Southeast Rotary Club at the Jackie Robinson YMCA. Among those present were some of San Diego’s most well known heroes from the past.

There was former Supervisor Leon Williams, at the age of 95; and former San Diego City Council Member West Pratt flew in from Missouri. Then there was Jimmy Slat who had worked for both the former Supervisor and the former City Council member as well as the recent Councilmember, Myrtle Cole; Eric Herdford who had spent a career working for the California State Assembly; and a gathering of Rotarians spanning some 30 plus years. 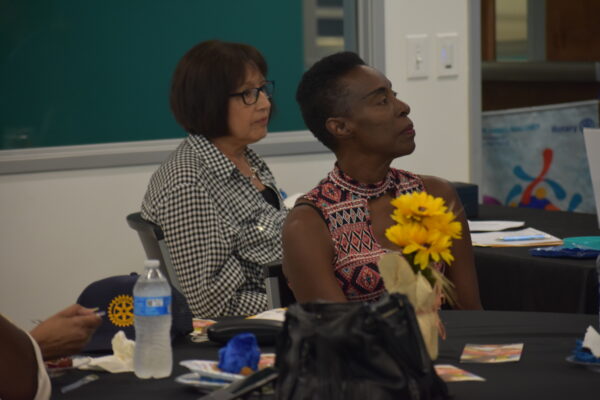 They were all there to celebrate John Franklin Miller who had been a friend and colleague of all those in the room for more than three decades. John was one of the original members of the Southeast Rotary Club. He has been one of the pillars of the community as well.

There were many great memories shared about the life and influence of John Miller and his wife of more than 40 years, who is also a Rotarian, was right there with him. Over the years the Club has grown, with women serving as President even as Yvette Porter Moore is doing this year. It was a great gathering and time went too fast, but all enjoyed celebrating John Miller.