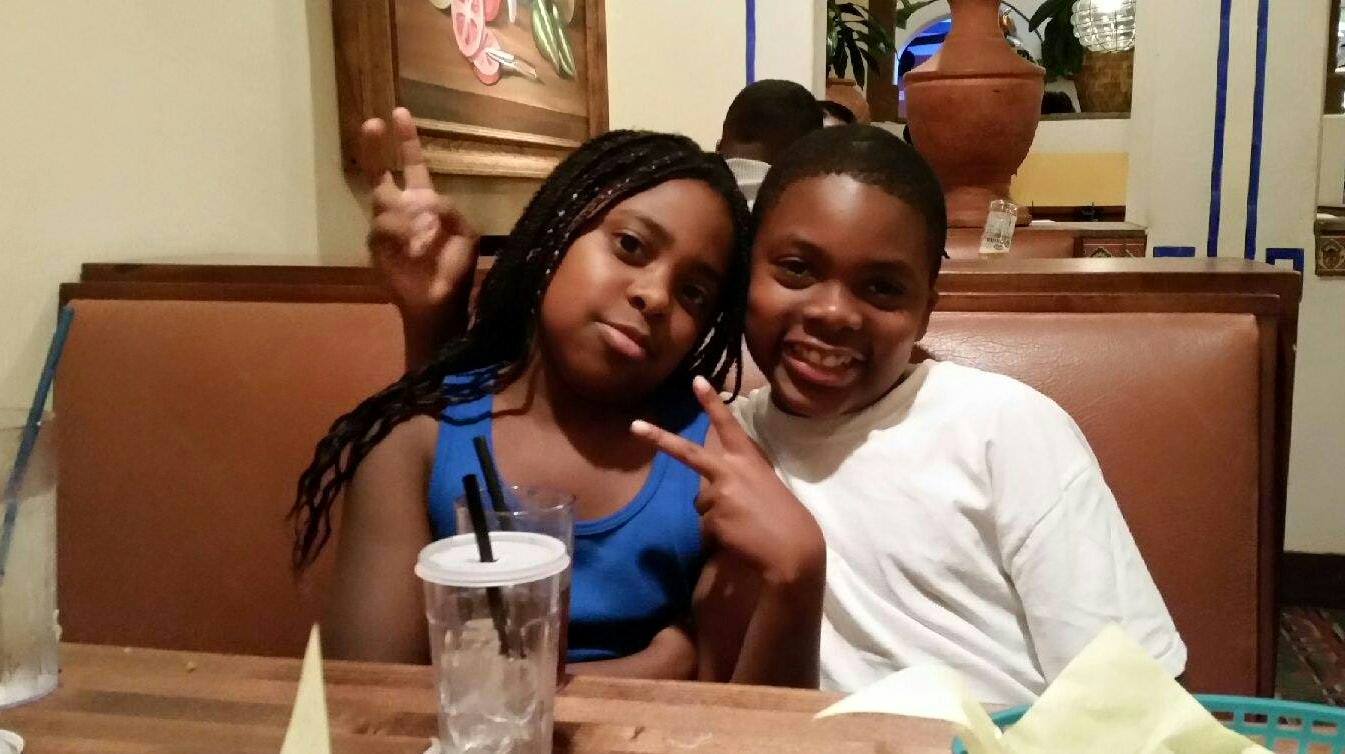 When you walk into the Spring Valley home of child athletes Christopher and Solongelei ‘Koko’ Akridge, you can sense something special is being raised here. The living room moonlights as a miniature hall of fame for the trophies, medals and accolades these two rising phenomes have garnered. They’re accompanied by their mother Dr. Vangie Akridge for our interview, who serves as manager to their budding careers. However, Christopher (11) and Koko (9) seem more than able to articulate exactly how big their dreams are and the confidence they have in themselves to achieve them.

Dr. Akridge noticed her children’s athletic ability from an early age. Her eldest son was an athlete and the younger siblings were always around sports.

“We knew genetically they had the ability to be very good at it. Once they got involved with their own teams, we got a chance to see them shine,” Dr. Akridge said. ““It’s been a whirlwind dealing with two gifted athletes at the same time. I find myself having an out of body experience watching them play.”

Christopher excels in every sport but he specializes in football. A two way player, the young athlete shines at the outside linebacker and safety positions on defense while holding down a hybrid tight end position on offense for the Bonita Buccaneers. Head coach Corey Thompson sees a lot of potential in the young star.

“He plays with attitude and goes very hard every play. He wants to have fun with his teammates and be a leader. He’s a confident player. The sky is the limit for him.”

Christopher has been in a leadership position in most of the teams he’s played for and understands the responsibility that comes with it.

He also knows it’s important to play with an edge and inject his unique personality into everything that he does as motivation to be the best.

“My swag … you can’t beat it. You can’t handle that much power.”

Koko excels in basketball and currently plays for La Jolla Country Day’s travel team called the San Diego Waves. She’s been playing on a 5th grade team since she was only six years old.  Her game footage highlights her natural athletic ability. Blessed with speed and quickness it’s not hard to tell there is a bright future ahead of her in the sport. Waves Coach Toya Cunningham agrees.

“She has a knack for the game. It goes without question she is a student who loves the game. She likes to compete and really loves to get after it. She’s beyond her years.”

Koko’s love for basketball stems from the amount of fun she has playing with teammates and competing.

“My favorite thing is having fun. Just playing the game, not arguing with the refs. You can have fun when you’re winning or even if you’re losing and you played 100% and you still have fun, those are the games that I like … but I like to win.”

Dr. Akridge and her husband stay busy keeping up with the demanding schedule of having two star athletes under the same roof. They travel from Spring Valley to La Jolla often for games and practices. Some days they have 5 or 6 games between them and most Saturday’s they leave the house at 8am and don’t return until long after the sun has set over the Pacific Ocean. With a majority of their time devoted to sports, Dr. Akridge understands the importance of the coach/player relationship in their children’s lives.

“As a parent, when you put your kid on a team you’re inviting another adult to be part of your kids life and even your parental structure in some respects. That’s something we’re very diligent on because they’re part of your kid’s development.”

Despite all of the demands, pressures and attention that comes with their ability, Dr. Akridge and her husband try to facilitate a balanced childhood experience. Outside of sports, Koko and Christopher enjoy cooking, watching television and playing video games.

With the support system of family and coaches in place along with the desire to compete on a professional level, these two young stars may see themselves in the video games the love to play.