Home State and Local The Lookout: New Cal Housing Bills Could Change the Look, Feel of... 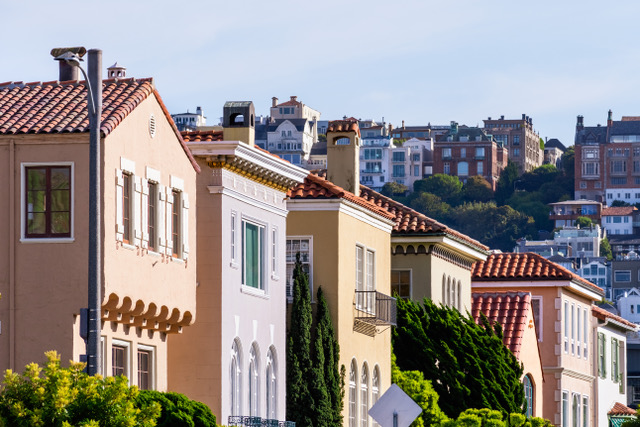 California, known for its sprawling residential neighborhoods of single-family homes spread out with driveways, front yards and garages, even in urban areas, may soon get an architectural makeover. That’s if two new bills approved by the legislature and awaiting the governor’s signature are signed into law.

But lawmakers disagree about whether the bills would make housing more affordable or cause a host of other issues for the state’s single-family household neighborhoods that so many California homeowners appreciate.

SB 9, authored by California’s Senate President pro Tempore Toni G. Atkins (D- San Diego), would allow homeowners in single-family households to have up to four housing units on their property. While SB 10 would allow cities and counties to bypass the usual environmental review process for projects or developments with a maximum of 10 units in urban areas.

“Growing up, my family moved between rental — some better than others, but none of them ‘ours.’ Even though my mom and dad clocked into honest jobs their whole lives, the idea that the Atkins family could own a home of our own was hardly a goal. It was a far-off fantasy,” said Atkins late last month after the Senate approved SB 9.

“Today, too many hard-working California families are saying the same. With SB 9, we have the chance to change that,” Atkins continued. “This bill would give homeowners the tools to help ease our state’s housing shortage while creating a new source of income in their own backyard. It would allow our communities to welcome new families to the neighborhood and help more folks set foot on the path to buying their first home.”

But, in cities and neighborhoods across the state, there has been strong and vocal opposition to SB 9 and SB 10. Organizations like the League of California Cities claim SB 9 would actually be detrimental to affordable housing without the appropriate safeguards.

“The Planning and Zoning Law provides for the creation of accessory dwelling units by local ordinance, or, if a local agency has not adopted an ordinance, by ministerial approval, in accordance with specified standards and conditions,” the local governance advocacy association wrote in an opposition letter.

However, California Yes In My Backyard (YIMBY), a pro-affordable housing organization, argues that SB 9 is precisely what California residents need, especially following a pandemic.

“California has a severe shortage of middle-income housing, or small (fewer than 10 homes) multi-family housing developments near jobs and transit; the lack of such housing is driving the displacement and severe rent burden of Californians across the state. The problem: it is illegal to build middle-income housing in over 70 % of the state,” the organization’s website states.

“SB 9 would legalize this middle-income housing by adopting best practices from housing experts at the University of California Los Angeles. It will also help California respond to historic job loss in the construction sector and a 45 % decrease in home construction due to COVID-19,” the statement continues.

There has been significant opposition to SB 10 as well. Many of its critics feel it is a shallow solution to a complex problem.

“While the intent of providing more housing may be good, these bills and approach are highly problematic. It poses a one-size-fits-all solution and a blunt, statewide fix that would outstrip local authority and planning. It also does not recognize the diversity of communities and development statewide, let alone throughout Greater Los Angeles,” the Los Angeles Conservancy wrote in an opposition statement.

Both SB 9 and SB 10 have passed in the State Senate and are now awaiting final approval from Gov. Gavin Newsom, who has until Oct. 10 to sign or veto these bills.

Meanwhile, in the California State Assembly, Assembly Bill (AB) 1199 imposes an excise tax on landlords as a way to disincentivize them from buying foreclosed or under-market value homes in order to make a massive profit from these homes by using them as rental properties.

“AB 1199 corrects the excessive practice of corporations buying up foreclosed or under market value homes in order to profit from increasingly inflated rents. The state would impose an excise tax on large corporations that own and rent out 10 or more properties. The bill would create a fund from the taxes to support first time homebuyer education, down payment assistance programs and rental assistance for low-income families,” he continued.