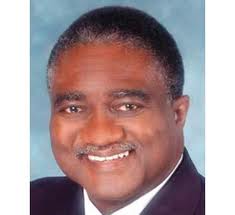 On Monday, Sept. 16 the news was shocking: A contract employee who worked at the Navy Yard in Washington, D.C., later identified as Aaron Alexis, killed 12 innocent people in the facility before he was killed by police.

For many African Americans, our first thought was: “I hope it wasn’t one of us.”

On Oct. 3, there was another disturbing incident in the nation’s capital: An unarmed woman with her 1-year-old child in the car, drove her vehicle into barriers outside the White House and on Capitol Hill before being shot to death by police.

And the next day brought additional bad news from Washington: A man poured gasoline over his body and set himself on fire on the National Mall. He died the next day.

In each case, it was one of us. Aaron Alexis, the Navy Yard gunman, was Black. Miriam Carey, the 34-year old dental hygienist from Stamford, Conn. was an African American. And the unidentified man who burned himself to death on the Mall was also Black.

More important than their race, Aaron Alexis, Miriam Carey and possibly the man who set himself on fire suffered from a mental disorder. And that’s something we have been reluctant to discuss. But it’s time for that to change.

In an interview last year on NPR’s “Talk of the Nation,” Dr. William Lawson, professor of psychiatry and chairman of psychiatry at Howard University College of Medicine, discussed some of the factors in our refusal to seek help for mental problems.

“Many African Americans have a lot of negative feelings about or not even aware of mental health services,” he said. “They are not aware of the symptoms of many mental disorders, or they may believe that to be mentally ill is a sign of weakness or a sign of character fault.”

That attitude permeates Black America, regardless of income level.

“In places like Los Angeles and New York, everyone and their pet has a therapist, yet even among the wealthy and elite, many African Americans continue to hold stigmatizing beliefs about mental illness.” Monnica Williams wrote in Psychology Today.

“For example, a qualitative study by Alvidrez et al., (2008) found that among Blacks who were already mental health consumers, over a third felt that mild depression or anxiety would be considered ‘crazy’ in their social circles. Talking about problems with an outsider (i.e., therapist) may be viewed as airing one’s ‘dirty laundry,’ and even more telling is the fact that over a quarter of those consumers felt that discussions about mental illness would not be appropriate even among family.”

Williams observed, “African Americans share the same mental health issues as the rest of the population, with arguably even greater stressors due to racism, prejudice, and economic disparities. Meanwhile, many wonder why African Americans shy away from psychotherapy as a potential solution to challenges such as depression, anxiety, post-traumatic stress disorder, marriage problems, and parenting issues. As a Black psychologist, it is troublesome that so many African Americans are reluctant to make use of psychology’s solutions to emotional hurdles.”

And when Blacks do seek help to get over those emotional hurdles, they tend to do so later, when treatment might not be as effective as it may have been if they had sought help earlier.

In addition to our antiquated attitude toward mental health, medical professionals also share part of the blame.

A fact sheet by the National Alliance on Mental Health notes:

* African Americans in the United States are less likely to receive accurate diagnoses than their Caucasian counterparts. Schizophrenia, for instance has been shown to be over diagnosed in the African American population;

In an Emory University posting, she said: “Untreated, mental illness can cause strained relationships, social dysfunction, and numerous other problems that can end up in divorce, unemployment, and suicide.”

(In addition to Dr. Vinson’s website, further information on mental illness can be obtained from the U.S. Department of Health & Human Services’ Office of Minority Health and the National Alliance on Mental Illness.)

George E. Curry, former editor-in-chief of Emerge magazine, is editor-in-chief of the National Newspaper Publishers Association News Service (NNPA.) He is a keynote speaker, moderator, and media coach. Curry can be reached through his Web site, www.georgecurry.com. You can also follow him at www.twitter.com/currygeorge and George E. Curry Fan Page on Facebook.

Black America: If You Haven’t Supported the Black Press the Way You Should, Then Read This

THE MURDER OF GEORGE FLOYD UNCOVERS “THE MYTH OF AMERICAN JUSTICE”