By Keith L. Alexander for the NNPA

For media mogul and entrepreneur Cathy Hughes, this year’s Mother’s Day was going to be difficult.

Last July, Hughes’s mother, Helen Jones Woods, 96, died from complications of Covid-19. For the 74-year-old Hughes, multi-millionaire and founder and chairperson of Urban One Inc., this year marks Hughes’s first Mother’s Day without her mother present.

And while many might consider those individuals able to spend more than seven decades with their mother as fortunate, Hughes said such longevity also created a startling realization. “The longer God blesses you with having your mother in your life, the more difficult it is to adjust to life without her,” she said. 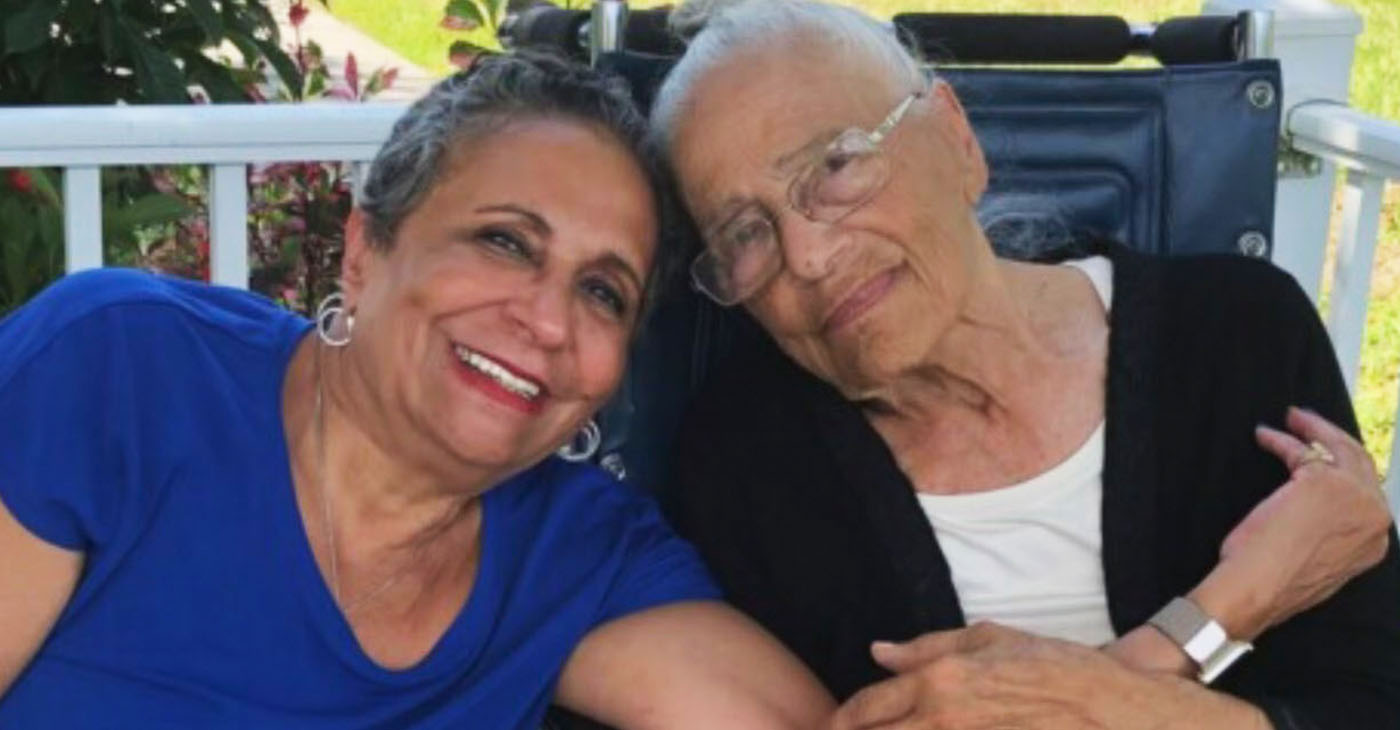 On Sunday, May 16, 2012 at 9 p.m. (EST) Hughes’s cable TV networks, TV One and its sister network CLEO-TV, will air the network’s annual “Urban One Honors” celebration. The two-hour program this year will be a first; all honorees are African American women. The show is themed “Women Leading the Change.”

It was during Hughes’s mourning, that she birthed an idea to not only celebrate her mother’s life with a national TV program, but to also celebrate and honor the lives of other African American women who -specifically during the pandemic – worked at protecting and spotlighting Black Americans.

On Sunday, May 16, 2012 at 9 p.m. (EST) Hughes’s cable TV networks, TV One and its sister network CLEO-TV, will air the network’s annual “Urban One Honors” celebration. The two-hour program this year will be a first; all honorees are African American women. The show is themed “Women Leading the Change.” 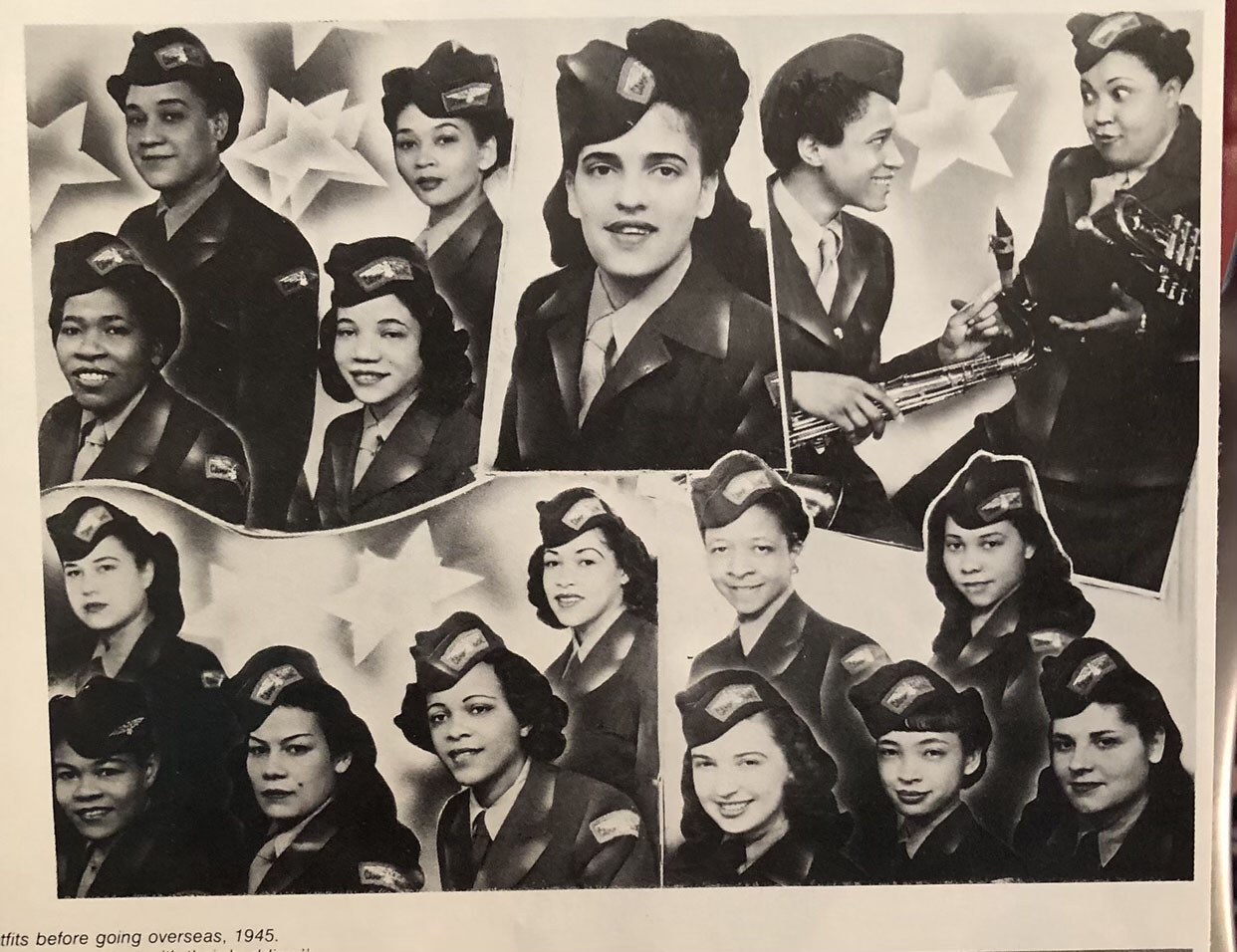 The show will also pay tribute to Hughes’s mother, who before becoming a wife and mother, was a famed trombone player who played with an all-girl, integrated swing music band called the International Sweethearts of Rhythm in the 1930s and 1940’s.

Hughes said the women honored left an indelible mark on the country last year, one of this nation’s darkest and most challenging periods in American history due to the deadly pandemic.

The show will also pay tribute to Hughes’s mother, who before becoming a wife and mother, was a famed trombone player who played with an all-girl, integrated swing music band called the International Sweethearts of Rhythm in the 1930s and 1940’s. Hughes called her mother’s group, “the original Freedom Fighters” who traveled by bus through the South playing for audiences and even played clubs overseas. At one point, white and Hispanic band members had to wear dark makeup to look like their Black bandmates to avoid being stopped by police for promoting integration, Hughes recalled. The segment will be introduced by a longtime fan of the group, political activist, author and college professor Angela Davis. 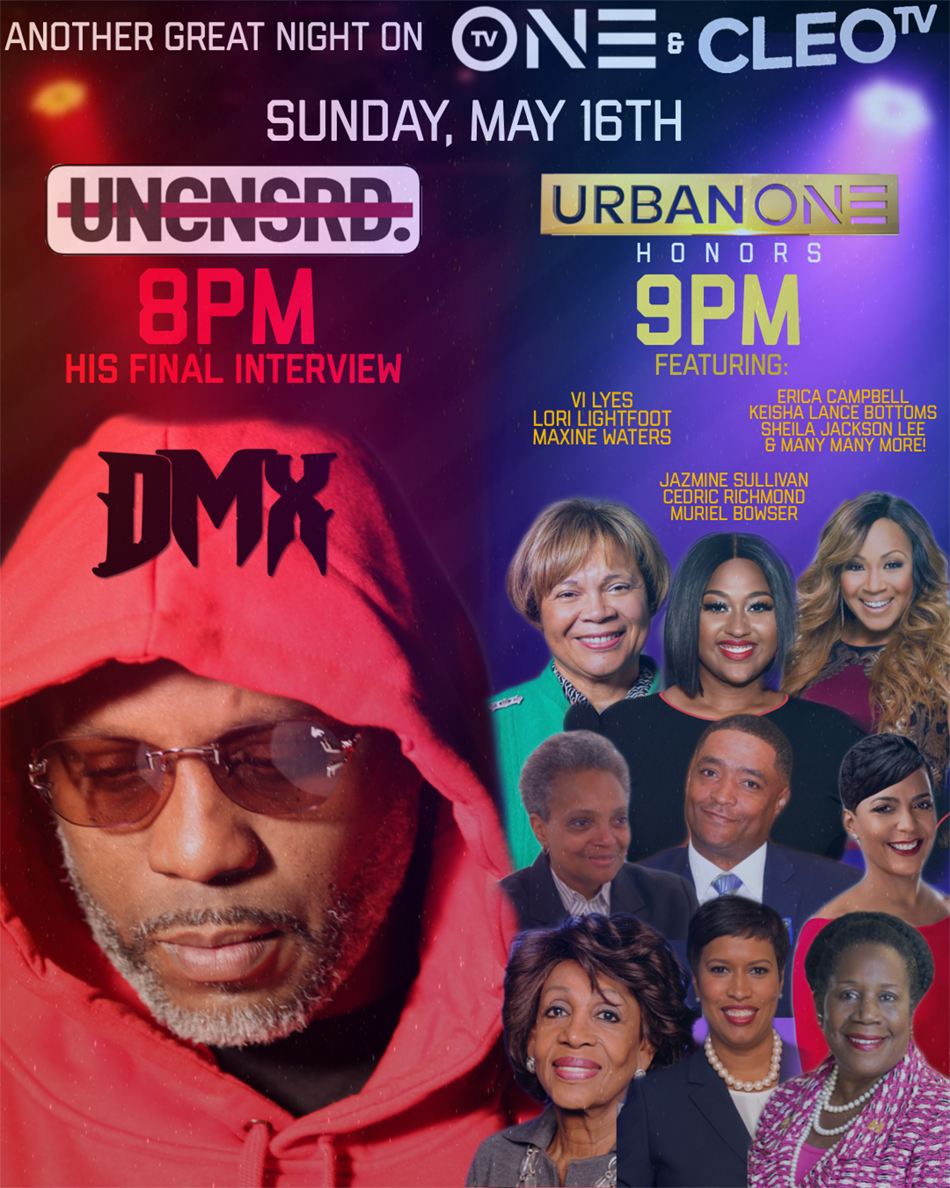 Hughes, along with a group of Urban One executives chose the honorees because they wanted viewers, especially young girls, to see Black women who were not celebrated singers, dancers or actresses, but instead who were ideological firebrands, making differences in their communities and around the nation.

Hughes’s excitement about the upcoming evening is electric. An hour before “Urban One Honors” airs, TV One will broadcast an exclusive, hour-long interview with legendary rapper DMX. The interview was recorded for the network’s weekly show “Uncensored” about three weeks before DMX’s sudden death April 9 at age 50. The show’s producers said DMX spoke, at times through tears, about his life, his music and his legacy. The producers said hearing DMX’s commentary just weeks before his death, is more sobering and haunting today.

After the celebration of one of the kings of rap music with “Uncensored,” the TV network will then celebrate its queens with the “Urban One Honors.”

“I think it’s going to be the biggest night in TV One’s history,” Hughes exclaimed.

Hughes, along with a group of Urban One executives chose the honorees because they wanted viewers, especially young girls, to see Black women who were not celebrated singers, dancers or actresses, but instead who were ideological firebrands, making differences in their communities and around the nation.

“These women aren’t the Real Housewives of you name the city. These women are working on improving the lives of Black folk,” Hughes said in a recent interview. Please encourage your young women to watch this show. We don’t know who the next Kamala Harris will be, a Black woman who became the nation’s first woman vice president or someone who changes the voting structure like Stacey Abrams.”

Hughes described Abrams as “voting rights champion” who not only changed the political landscape of Atlanta, but also helped ensure all voters were recognized on behalf of two U.S. Senate Democratic candidates and helped flip Georgia from majority Republican to majority Democrat.

When Walgreen’s selected Spelman College graduate Roz Brewer as its newest CEO in January, Brewer became the nation’s second Black female executive to ever lead a Fortune 500 company. Before being tapped by Walgreen’s, Brewer served as chief operating officer for Starbucks. Prior to that, she served as CEO of Sam’s Club which is owned by Walmart. In 2009, Ursula Burns, became the nation’s first Black female CEO of a Fortune 500 company when Xerox Holdings selected her as its CEO. Burns retired in 2017. The third Black woman CEO to lead a Fortune 500 company, Thasunda Brown Duckett, was named president and CEO of the retirement and investment managing company TIAA in February, a month after Brewer.

The TV One program is also honoring Ala Stanford, a Philadelphia-based physician and surgeon who last year founded the Black Doctors COVID-19 Consortium and used her own funds to ensure Black residents of the city – a group that was quickly becoming Philadelphia’s hardest hit by the pandemic – were able to be tested for the coronavirus.

Urban One, is based in Silver Spring, Md. about 30 minutes from downtown Washington, D.C. Last year, Hughes and other Urban One executives watched as Kim Ford, president and chief executive of Martha’s Table, provided healthy meals and fresh produce to needy residents in the nation’s capital during the pandemic.

For more than 40 years, Martha’s Table has ensured the neediest of Washington residents had healthy meals and clothing. Martha’s Table was named after the Biblical figure Martha who offered food to Jesus when he visited the home she shared with her sister Mary.

As a youth growing up in Washington, Ford volunteered serving and handing out meals with the non-profit organization. Then in 2019, she was chosen as the company’s president and chief executive. Prior to being named Martha’s Table chief executive, Ford served as deputy assistant secretary and acting assistant secretary for the U.S. Department of Education’s Office of Career, Technical and Adult Education where she oversaw management of more than $2 billion in career and technical education, adult education, correctional and re-entry education and community college initiatives for more than 25 million students a year. Ford previously served as a member of President Obama’s Recovery Implementation Office, which was responsible for implementing the American Recovery and Reinvestment Act of 2009.

Another honoree, Robin Rue Simmons, is an alderman in Evanston’s fifth ward in Louisiana. A champion of Black residents in the city, Simmons was elected alderman in 2017. Simmons then led Evanston to becoming the first U.S. city to approve a reparations program. Since taking office, Simmons led the passing of the nation’s first reparations program, which will be funded by the first $10 million of Adult Use Cannabis sales tax revenue. Simmons is also the director of the city’s innovation and outreach at Sunshine Enterprises, which has supported more than 1000 neighborhood entrepreneurs – 98 percent of whom are African American and 74 percent of whom are women – in starting or growing their own business ventures.

Also being honored is New York Times journalist Nikole Hannah-Jones. Hannah-Jones covered racial injustice for the Times’s magazine before convincing the paper’s top editors to create an entire investigative series tied to the U.S. slave trade. The enterprise was called the 1619 Project which was published by the magazine in 2019. Last year the project won Jones the coveted Pulitzer Prize. The series is now the subject of a documentary produced by Oprah Winfrey’s Harpo Films and Lionsgate and is scheduled to air on Hulu.

“We wanted to spotlight Sisters who were getting the change accentuated and making sure the change occurs,” Hughes said.

As co-host of the evening’s program, Campell said she hoped families with young daughters and young sons watch the program together and discuss the awardees and their work.

“I can have a conversation with my daughters to show them there is more to do than just look cute and wear nice makeup,” Campbell said. “They can literally shake up the world. Far too many of our girls look up to one dimensional type of celebrities or influencers. There is so much more than what we can be or what we can do. Offer this wide range of women who are changing the world.”

That was the impotence of the show, says Hughes. “Young people are so focused on celebrities. I wanted to focus this awards’ show on actions. The entertainment industry was shut down for the year. But these individuals we are honoring continued to work during the year,” Hughes said. “During the pandemic, these women were actively engaged.”

And while this year was for the ladies, what about the men? “Who knows maybe next year it will be brothers only,” Hughes said.