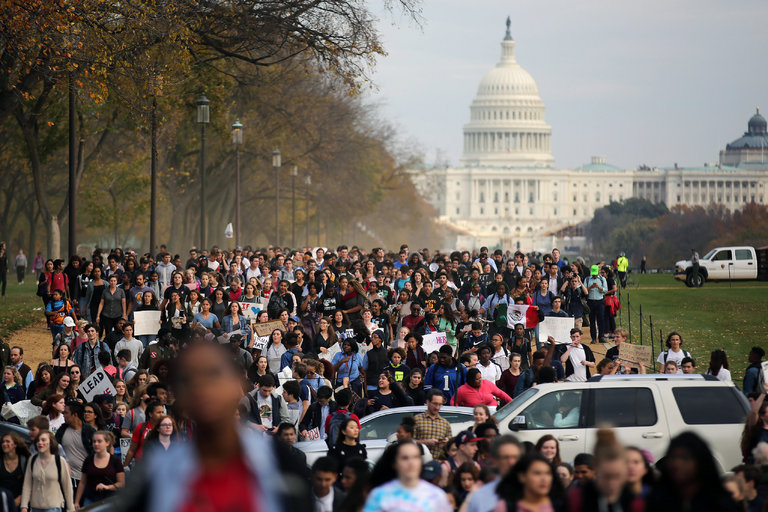 The similarities and differences between Black and White women are captured in Sojourner Truth’s famous December 1851 speech. She movingly talks about the men who say women should be “helped into carriages, and moved over ditches, and have the best place everywhere,” while “nobody ever helps me into carriages or over mud puddles, or gives me any best place.” Both Black and White women cry a mother’s grief for the loss of a child, and both endure labor pains. Black women’s lives, while similar, are different and often disadvantaged, because they lack the privilege that White women so easily take for granted and often fail to notice or remedy.

My first inclination was to ignore this women’s march. The organizers have repeatedly struck me as tone-deaf and indifferent to the diverse needs of women. But when I talked to Tamika Mallory, the dynamic young woman activist who was once Executive Director of Rev. Al Sharpton’s National Action Network, I shifted my perspective. Tamika shared that, just a few days after the initial call to march was issued, organizers reached out to her asking for help. She said they said they “needed to ensure that women of color were involved.”

Now, there are four co-chairs of the Women’s March on Washington, including African American leader Tamika Mallory, Latina activist and part of Harry Belafonte’s Gathering for Justice, Carmen Perez, a White woman entrepreneur whose t-shirts have been galvanizing, Bob Bland, and Palestinian activist Linda Sarsour. I applaud the diversity in leadership, but wonder how many women of color will turn out on January 21. Tens of thousands of women from all over the country are expected, with more than 100,000 saying they plan to be there. But many African American women have looked askance, perhaps with distaste from the cultural appropriation of the initial organizing descriptive, “Million Women’s March”, perhaps because we recoil from the strong support White women gave the President-elect, choosing race loyalty over gender, class, or personal interest.

I applaud Tamika Mallory. She told me “I was not willing to let this convening come together without having Black women involved.” In other words, White women cannot speak for all women. If White women had their way, the march and rally would probably focus only on equal pay and reproductive rights. Thanks to Tamika and her colleagues, a statement of principles, to be issued next week, will also address racial justice, police brutality, criminal justice reform and mass incarceration.

Absent the involvement of young Black women like Tamika, it would be extremely easy for me to ignore this march. But because some women have drawn a line in the sand and insisted on space for Black women in this march, they deserve support. They remind me of the women of Delta Sigma Theta Sorority, Inc., who in 1913 elbowed their way into the Women’s Suffrage March when their involvement was unwelcome. They reminded the Women’s Suffrage Association that Black women were also women, and we would not be excluded.

Now, White Women are at it again, but strong, brave, Black women, the descendants of Ida B. Wells, aren’t willing to sit on the sidelines. The march is to remind all watching that “women’s rights are human rights.” Black women’s rights will be considered in this gathering because some Black women dared place themselves in an uncomfortable space (working with privileged, White women is never easy) in order to make a difference.

Information on the women’s march is available at https://www.womensmarch.com/.

Julianne Malveaux is an author, economist and founder of Economic Education. Her latest book “Are We Better Off? Race, Obama and Public Policy” is available to order at www.juliannemalveaux.com at Amazon.com. Follow Dr. Malveux on Twitter @drjlastword.