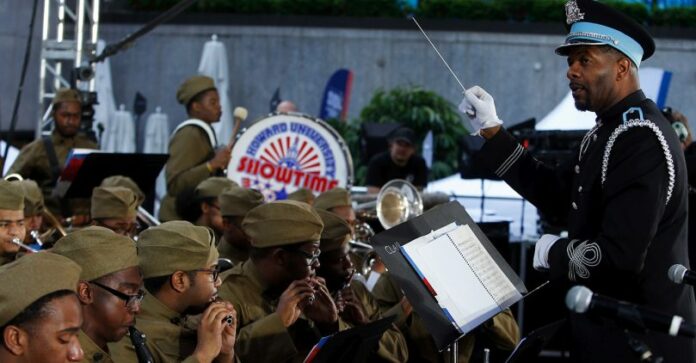 In 1919 when the Treaty of Versailles ended WWI, two years after the U.S. entered the fight with France and Great Britain against Germany, 44 Blackcolleges existed. 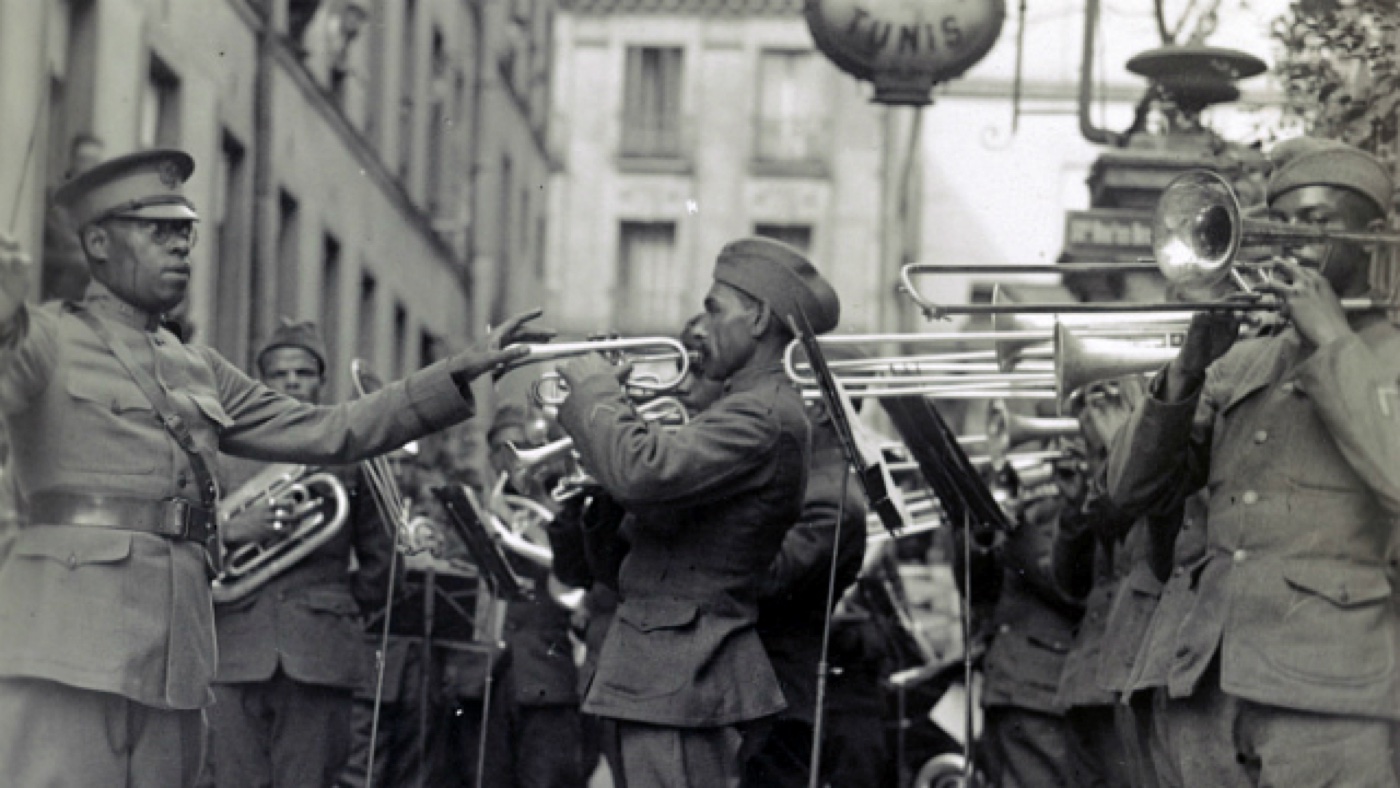 Today, 100 years later, there are 101 public and private HBCUs, and they and their students are playing an important part in reclaiming the role African American soldiers and artists played in that conflict.

Thanks to the United States World War I Centennial Commission, Coca Cola and the network of Historically Black Colleges and Universities (HBCUs), a band of 42 accomplished musicians from HBCUs are traveling around the country playing the sounds of the 369th Infantry Regimental Band that made its mark in history during WWI and WWII.

The old wartime regimental bandwas reincarnated four years ago in the form of the 369th Experience. Most of the new band’s 42 members are current students or pending graduates of the HBCUs.

Its namesake, the 369th Infantry Regimental Band of WWI and WWII, used musical instruments and its artists with a flair for Jazz, originated by African Americans, to establish its legacy, and introduce the art form to the Europeans.

The Black soldiers in the field fought valiantly with their grit and guns to help the allies win WWI and show that Black men could fight for freedom.

The accompanying band was led by and composed of established musical professionals. In the process of performing their assignment, they also exported Jazz music,crafted by African Americans to the allied nations.

One of the band’s leaders, James Reese Europe was a respected artist in Harlem music circles before he was assigned to the military band. He went on to direct the regimental band to great acclaim.

In February and March 1918, James Reese Europe and his military band traveled over 2,000 miles in France, performing for British, French and American military audiences as well as French civilians. Europe’s “Hellfighters” also made their first recordings in France for the Pathé brothers.

According to the key organizers of the current projectinvolving HBCU students, The 369th Experience is designed to introduce people of all cultures, especially the band members, to the band’s legacy and the role it and the fighting soldiers of the 369th played in WWI.

Also, a goal is to use the band to display the Jazz music art form to audiences domestically and abroad.

It is taking place at a time when HIP-HOP and Neo-soul are overshadowing Jazz as an art form among Black people, despite efforts since the 1970s, to repackage Jazz as a popular and “profitable” genre ofmusic to the masses.

“We chose HBCU band students because we knew we would get the best students in terms of music and marching formation!” said Stephany B. O’Neal, publicity director for the outfit.  “We had to use HBCUs to even come close to representing the Harlem Hellfighters and James Reese Europe.

“This is a totally historic event,” she continued. “Bringing the Harlem Hellfighters full circle.  They won all kinds of awards from the French and totally changed the music industry in Europe.

“Like the Black soldiers who fought on the battlefield, after the war, the band suffered many slights, despite the respect the French soldiers and later the governments bestowed upon them,” O’Neal said.

She said after the war, in Paris, France, the band was not allowed to join in the victory parade with the Americans when they marched down the Champs Elysees.

To right that wrong, plans are in the works for the 369th Experience Band to travel to Versailles, France at the upcoming International observance of the Centennial of the signing of the Treaty which ended WWI.

During the 2019 Memorial Day Weekend, in conjunction with New York’s annual Fleet Week Observance, the band performed at Rockefeller Center, Marcus Garvey Park, the Liberty Park, and in New Jersey at Harlem One Stop, a historical site.

The effort to recreate the 369th Infantry Regimental Band was launched in 2013.

After the plea was made before the House Appropriation Committee, it took several years before funding for the project was first submitted.

The U.S. Army School of Music, and their PR Personnel, Noble Sissle, Jr., son of one of the original band members, and O’Neal, even before the funding was secured, hammered together the framework andfoundation of the band’s operation.

They developed the audition criteria, auditioned the students online, hired a band leader who worked at Ohio State and once all the students were selected, began rehearsing.

“We could not get all the students in one place to rehearse and engage them,” said O’Neal, “so we did it online and in sections and we had some problems. But Coke funded a better online conferencing system, so we managed to do a lot of work even before the band members and directors met each other in person.”

Although there were 65 members of the original 365th Infantry Regimental Band, currently there are 42 members from HBCUs and 1 historically white school.

Prairie View, Florida A&M and Southern University, allsouthern HBCUs, have the most representatives on the band.

Eventually, the band’s membership will be expanded to 65, O’Neal said. She said that recruiting for future membership is ongoing. She said HBCU veteran band members alert and recruit band members from their respective schools to apply to be a member.

People who are interested should go to the 369th website to apply for an audition, O’Neal said.