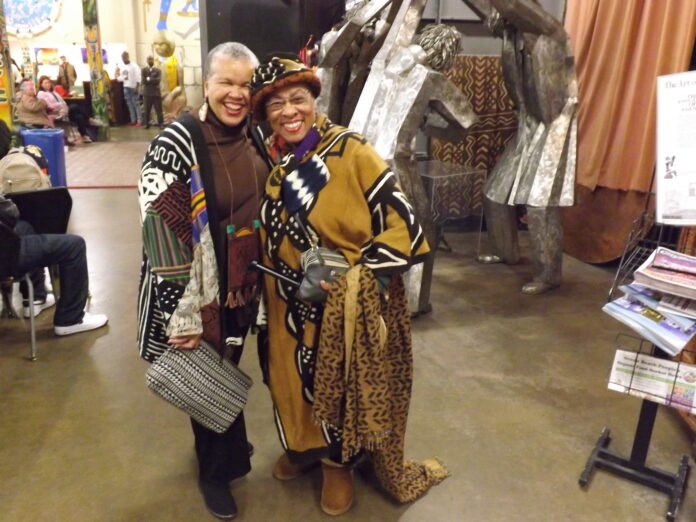 The 39th Annual Kwanzaa Celebration began on Thursday, December 26th in beautiful Balboa Park at the very unique WorldBeat Cultural Center, a building culturally dressed with African heritage and history that sits just northwest of Navy Hospital on Park Blvd in San Diego. Kwanzaa is a week-long African American celebration of life from the 26th of December to January 1st to honor and reaffirm family, community, and African cultural roots. Originally created by Dr. Maulana Karenga in 1966, 2019 is the 51st anniversary of the festival, which includes ceremonial candle lighting, libation, and a traditional feast of faith called Karamu Ya Imani.

During Kwanzaa, each day is dedicated to seven core principles of African heritage, or Nguzo Saba. Makeda Dread Cheatom, Founder and Executive Director of the WorldBeat Cultural Center, spoke about “UMOJA,” which means “Unity,” the first principle celebrated on Thursday,

She said, “This first Day of Celebration is indicative of the reason I established the WorldBeat Cultural Center. We need to have a black presence in Balboa Park and that takes unity. I would love to have a museum of black culture in this park.”

Clovis Honore, NAACP San Diego branch president and the keynote speaker for the first day of the event said, “A bit of history in regards to Dr. Maulana Karenga, the Founder of the rich tradition: He was a one-time Professor at San Diego State University who helped to set up the African American Studies Department there.”

It was a day of dance, with performances from the Junkyard Dance crew, the WoldBeat Center’s Ensemble, along with MC and poetry reading from Johnnierence Nia Nelson. The unified celebration was well attended for this five day occasion at the Center, with as many as three hundred men, women, and children in attendance.