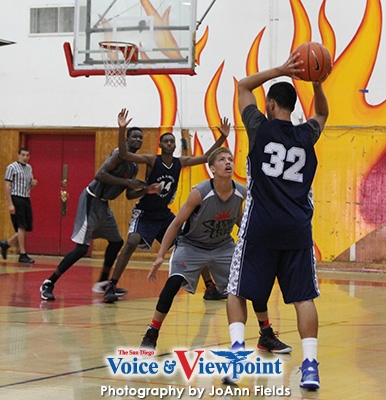 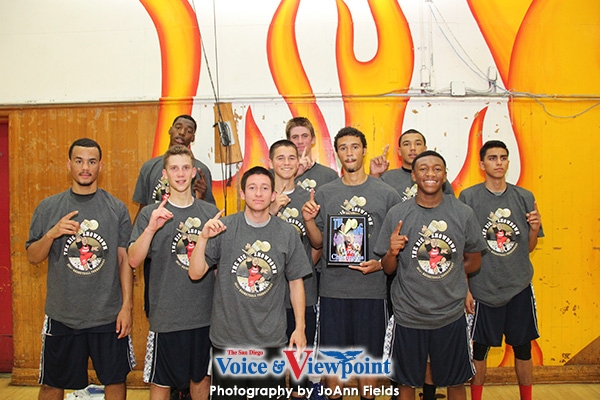 The 16 and under division was won by Blue Hoops of San Diego at Sweetwater High School. Tim Obies, Head Coach, Blue Hoops states, “The EBO tournament is one of the best tournaments in San Diego County. The competition is always good. The championship was hard fought, back and forth. We led early, they led and then we came back at the end. What I think won it for us was our defensive pressure at the end and the fact that the kids stayed together as a team. That is what really got us over to victory.”

Perry Davis, Point Guard, Blue Hoops added, “It felt great to go out there and compete in the championship. It felt even better for us to win the championship against a great program like Supreme Court. The EBO tournament is the only tournament we are playing in San Diego. It was awesome to get a win in our home town. 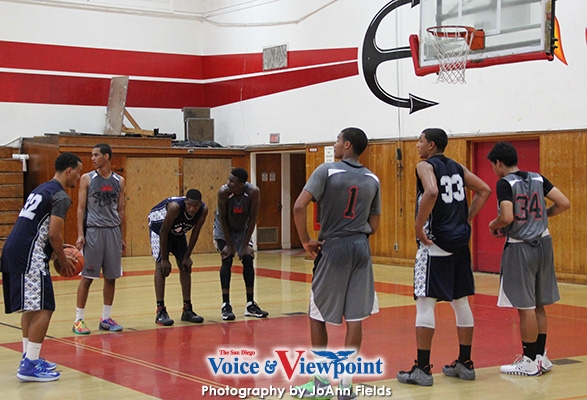 “Additionally, the tournament gave us the opportunity to build chemistry as a team. We are are a young team with a lot of potential and talent. I love my teammates and coaches. Our coaching staff is very knowledgeable and always put the kids best interest first. I look forward to keep competing with my Blues Hoop team and hit the basketball circuit.”

The 12 and under championship was won by the Spring Valley Smokey Panthers against the Poway Titans. Grant Childs, Power Forward, Smokey Panthers shares, “My team and I had a great weekend in the EBO Tournament. We matched up against the Poway Titans who we have a little rivalry going on over the years. This weekend we won the championship! I appreciate my coaches and teammates for coming together for the win.”

Lawyer: Photos of Kobe Bryant’s remains shared ‘for a laugh’