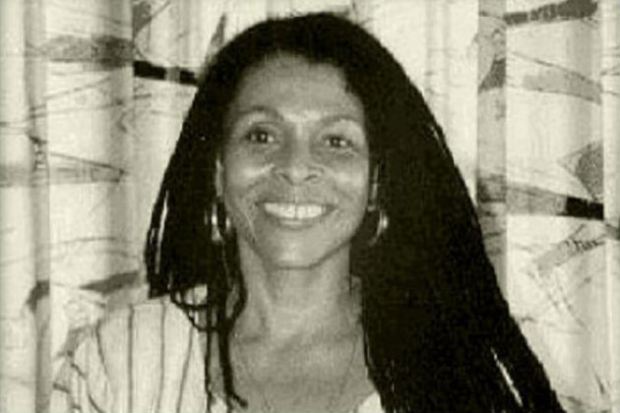 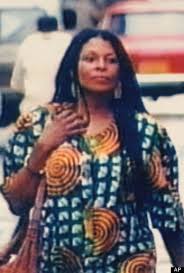 WASHINGTON (NNPA) – When officials from the Federal Bureau of Investigation and the New Jersey State Police called a press conference to name Assata Shakur, a 65-year-old-Black women and political refugee living in Cuba, to the FBI’s Most Wanted Terrorist List, the move left many political activists puzzled.

Shakur is the first woman named to the list that also includes leaders of jihadist groups that have been linked to global terror plots. And she was added to the list 40 years after the crime.

Also known as Joanne Chesimard, Shakur was a member of the Black Panther Party and later the Black Liberation Army, an organization that called for the revolutionary change in race relations in the United States and believed that armed conflict was the appropriate tool for that change.

Shakur was charged and convicted in the 1973 “execution-style” murder of New Jersey State Trooper Werner Foerster on the New Jersey State Turnpike during a traffic stop. Medical and forensic evidence disproved the prosecution’s assertions that Shakur fired the fatal shots that killed Foerster or any shots at all.

Another trooper at the scene later admitted fabricating the story he told of seeing Shakur, fire shots from the passenger side of the vehicle, but she was still found guilty of murder. In New Jersey, being an accomplice to a murder is equivalent to actually pulling the trigger and carries the same life sentence.

During that period of turmoil, Shakur was cleared or judges dismissed the case against her in a half dozen trials and indictments against her ranging from armed robbery and kidnapping to murder. An all-White jury found her guilty of murder and assault during the trial for the murder of the New Jersey State trooper.

In a bold action, three-armed men helped Shakur escape Clinton Correctional Facility for Women in New Jersey in November 1979. Although the group took prison guards as hostages, none were injured. Five years later, Shakur reappeared in Cuba where she has lived since her escape.

On the anniversary of Trooper Foerster’s death this year, Aaron Ford, special agent in charge of the Newark Division, called Shakur a “domestic terrorist. That same day, the reward for her capture and return to the U.S. was doubled, from $1 million to $2 million.

“Justice has no expiration date, and our resolve to capture Joanne Chesimard does not diminish with the passage of time. Instead, it grows ever stronger with the knowledge that this killer continues to live free,” said Attorney General Chiesa.

According to news accounts, FBI officials said that neither President Obama nor Attorney General Holder had anything to do with adding Shakur to the FBI’s Most Wanted Terrorist List, although they likely knew of the decision.

Recently, demonstrations were held in more than a half-dozen cities in support of Shakur. In addition, Change.org has launched a petition drive objecting to Shakur being added to the FBI’s Most Wanted Terrorist’s List.

The petition to President Obama states, “This new decree, announced some 40 years after initial her arrest, gives open license and motivation for Cuban residents or anyone else to abduct Ms. Shakur and deliver her to Federal authorities to answer for crimes she did not commit. In effect, Ms. Shakur committed no crimes. The crimes in fact were committed against her.”

During an interview with “Democracy Now,” shortly after the FBI’s announcement, Angela Davis, a political activist and professor at the University of California at Santa Cruz, said that it was a major shock to hear that Assata Shakur was named to the FBI’s Most Wanted Terrorists.

“Really, it seems to me that this act incorporates or reflects the very logic of terrorism. I can’t help but think that it’s designed to frighten people who are involved in struggles today,” Davis said.

Lennox Hinds, criminal justice professor at Rutgers University and a member of the team of lawyers representing Shakur during the New Jersey State Trooper murder trial, said that the move was politically motivated and that placing her on terrorists list was misguided.

Davis called the continued pursuit of Shakur a “vendetta.” Davis added: “To represent her as a person who continues to be a threat to the U.S. government in the way that is described is, it seems to me, an effort to strike fear in the hearts of young people who would be active in the struggles that are represented historically by Assata and struggles that continue today.”

Since Shakur’s escape, the United States government and the New Jersey State Police have made efforts to push Cuban officials to return Shakur, but the two countries don’t have an extradition treaty, requiring Cuban officials to do so. Congress passed a non-binding resolution in 1998 urging Cuban officials to return Shakur and about 90 other fugitives that were believed to be living in the island country. In 1997, the New Jersey State Police wrote to Pope John Paul II urging him to talk to Fidel Castro about returning Shakur to the United States during the pontiff’s visit to Cuba.

In 1998, Shakur penned her own letter to Pope John Paul II, saying: “I have advocated and I still advocate revolutionary changes in the structure and in the principles that govern the United States. I advocate self-determination for my people and for all oppressed inside the United States. I advocate an end to capitalist exploitation, the abolition of racist policies, the eradication of sexism, and the elimination of political repression. If that is a crime, then I am totally guilty.”