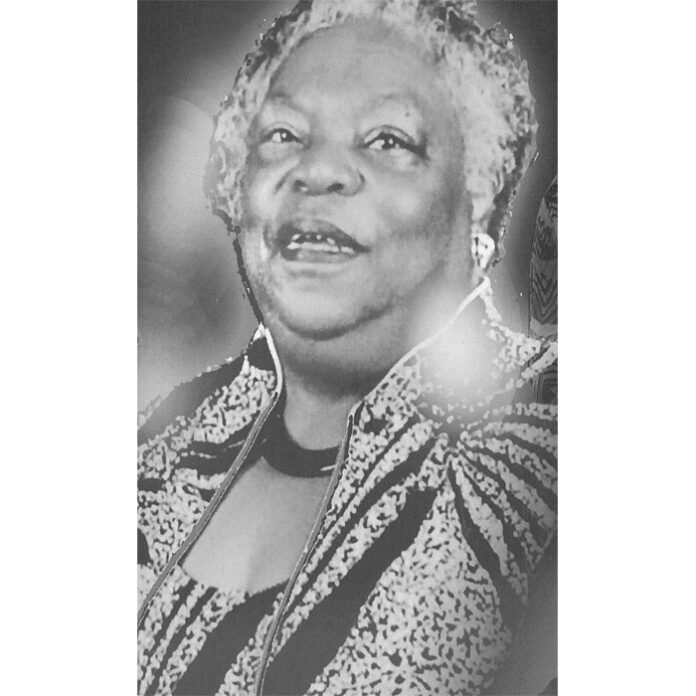 Betty Hayes McCrary Anders was born November 30, 1942 to Ben and Louella McCrary in Tuscaloosa, AL.  She was educated in the Tuscaloosa County School District. In 1960, Betty relocated to San Diego, CA to start her life with George E. Anders, Sr., six children were born to their union.

Betty worked at UCSD as a Laboratory Technician; she retired in 1996. Betty was introduced to the Lord and baptized at an early age. She joined Pilgrim Progressive Baptist Church under the late Reverend Marvin C. Hines. She later Re-dedicated her life to Christ and joined Phillips Temple CME Church Marshall A. Sharpe, Jr. in the early 90s. She was a dedicated and active member, serving faithfully in several positions until her health prevented her from doing so. The ministry that she had the most passion for was ministering to the homeless population. Betty didn’t just speak love, her life demonstrated love to everyone.

Her life was a testament of doing God’s will, and her faith was an inspiration to all. She had a witty sense of humor, always had a smile and was affectionately referred to as “Smiling Betty”.

She handled her health challenges with grace and dignity. She always managed to smile, saying “it is all in God’s hands.” Betty was unselfish; she made lots of sacrifices for her family, with no regrets. She also helped raise several of her grandchildren.

In 2014, the Top Ladies of Distinction presented her with the “Grandmother of the Year” Award. Betty was a great cook; she enjoyed opening her home to others, blessing them with a home cooked meal.

She was preceded in death by her son. Kelvin Ander; daughter, Phyllis Anders; and grandson, Stephen Cleveland.