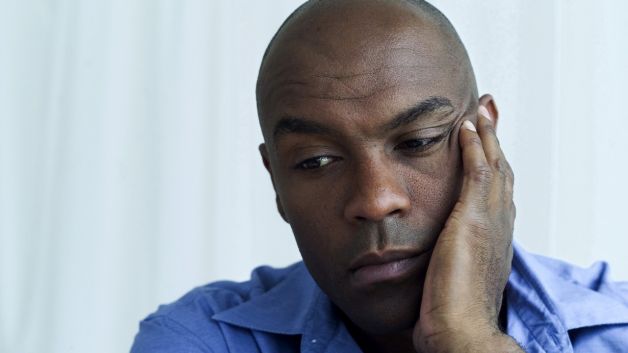 San Diego – Next week, the advocacy organization Black Men United will screen for the impact of Adverse Childhood Experiences (ACE), to further their understanding of trauma-informed care and the need for prevention and remediation among African American youth.  The purpose is to more fully document the impact of emotional and physical adversities in children and their impact on adult health.

The San Diego Black Health Associates, Inc. (SDBHA) has been working to address the health status gap which African Americans face for 30 years.  For nearly every major chronic disease, Blacks suffer the highest mortality levels, the highest hospitalization rates and the most frequent visits to the emergency room of any ethnic group in the United States.  “Our organization of public health professionals has engaged in consumer education seminars, conducted workshops, held blood pressure and blood sugar risk assessments, provided guidance for healthier choices and promoted optimal health through prevention,” explained Paul Simms, vice president of SDBHA.  “We think we have found the ground zero source for many of these disparities.”

“Trauma Informed Care is an important element of our understanding about the importance of child development”, explained Robert Forte, Executive Director of the Save our Sons Program at St. Stephens Cathedral Church of God in Christ. “African American men and women understand the importance of nurturing young children into adulthood”.

Dr. Vincent Felitti was Medical Director of the Department of Preventive Medicine at Kaiser Permanente in San Diego for more than 16 years and continues as Co-Principal Investigator of the Adverse Childhood Experiences study.  During his tenure, patients who were seeking to lose weight adopted the Kaiser plan for fasting. This medically controlled denial of solid foods was directed in such a way that many persons lost significant amounts of weight.  It was soon discovered, however, that a certain percentage of these patients dropped out of their program because the images they were protecting and the events which they suffered, had been hidden and were now resurfacing as a result of their weight loss.  Come to find out, in some cases, the extra weight was protective of other emotional baggage, derived from events which may have happened years earlier.

Speaking at a program on Innovations in Patient Empowerment sponsored by Claremont Graduate University, Dr. Felitti described research conducted in a mail survey with 17,000 middle class patients, all of whom were Kaiser beneficiaries. African Americans represented 10% of the participants in the study.  Dr. Felitti asked the patients several questions about traumatic events which may have happened to them as children. Incredibly, over 70% of people receiving the survey responded, and these patients gave permission to connect the responses they gave to the survey to their medical records. The questions asked the consumer s inquired about whether they had been abused as a child.

Surprisingly, nearly 50% remembered at least one Adverse Childhood Experience (ACE). The research team included representatives from the Center for Disease Control and Prevention (CDC), and together, their coined the term the “ACE Score”.

Several physicians at the 2012 Innovations conference sitting near the author of this story grumbled pessimistically at Dr. Felitti’s assertions about exploring abuse as a child.  One felt that he would not inquire about such acts of abuse by parents, religious officials or anyone else so many years ago, because he would not want to “stir up” a can of worms with such an inquiry.  Another physician expressed dismay that within his practice, there were only a certain number of minutes to see each patient. Asking questions about Adverse Childhood Experiences would consume more time than he felt was available.  A third physician was opposed to the inquiry by primary care physicians, many of whom had little training in psychiatry and was worried about a shortage of mental health beds in their county.

Dr. Jeffrey Brenner is the Founder of the Camden Coalition of Healthcare Providers and Medical Director of the Urban Institute at Cooper University Healthcare.  Earlier this year, Dr. Brenner wrote a “blog” (January 29, 2014) that stated:

“For nearly 15 years, we’ve had the secret to delivering better care at lower cost in America.  The information has sat hidden away in the medical literature, and barely mentioned among physicians.  It’s a remarkable story of bias.  The neglect of this information by the medical community tells you a lot about our failings as a profession and the poor training we receive.  It is also a powerful commentary on the values of our society and the biases built into our society’s view of health and healthcare”

“The terrible things that sometimes happen to children can cause a lifetime of health impacts.  This is true for even for middle class patients.  However, poverty magnifies the potential to have higher ACE score and possibly exacerbates any trauma that have occurred”

Over the past year, SDBHA has been designing a multi-modal screening, mental health, substance abuse and job development program that includes a Rites of Passage for persons being re-introduced into San Diego County.  Over the past few months, Dr. Felitti has supported SDBHA obesity planning efforts and proposes to collaborate with their re-entry program.  Recently, Dr. Felitti has agreed to collaborate with the County, SDBHA and Correctional Case Managers to conduct an integrated assessment men and women being released back into San Diego.  Robert Priestly, Executive Director of and Paul Simms, Vice President and one of the principals in support of OASIS are members of Black Men United and welcome the opportunity to host a screening of the assessment tool.  This would not be the first such exploration for an African American audience.

Clovis Honore, president of SDBHA and Simms made a presentation to the Men’s Group at Bethel AME Church in March 2014.  Nearly 25 African American men listened while we discussed the importance of making the right health choices, why it is important to monitor one’s blood pressure and why Covered California was important to African Americans for access to health care.  For the first time, the ACE Score was also discussed and a pilot survey was conducted.

“We found that the initial conversation was positive”, explained Simms. “We are cautious to make sure that the system we use for illuminating this information should be protective of the individual and his or her family. Our use of the ACES scoring tool at Black Men United meeting next week will further disseminate this screening Information broadly and will further enhance its contribution to improving adverse health outcomes.

Simms, a long-time data specialist, expects to generate three data nodes emerging from the data screening – one between zero and 2, one between 3 and 5 and the third between 6 and 8.  “We are impressed with the Dr. Felittl’s commitment to help close the health status gap through organizing a screening tool and connecting the physical and mental health perspectives. He continues to guide our explorations into a community conversation about ACE and abuse, neglect, parenting and changing our environments for African Americans (and others).  As a non-profit organization, SDBHA is committed to improving the future of our children.  Mindfulness about ACE and trauma-informed care may be an answer’.

The “Fifteen Health Commandments” which SDBHA has distributed as refrigerator magnets reflect our counsel to individuals and families about the importance of making the right choices and nurturing children.