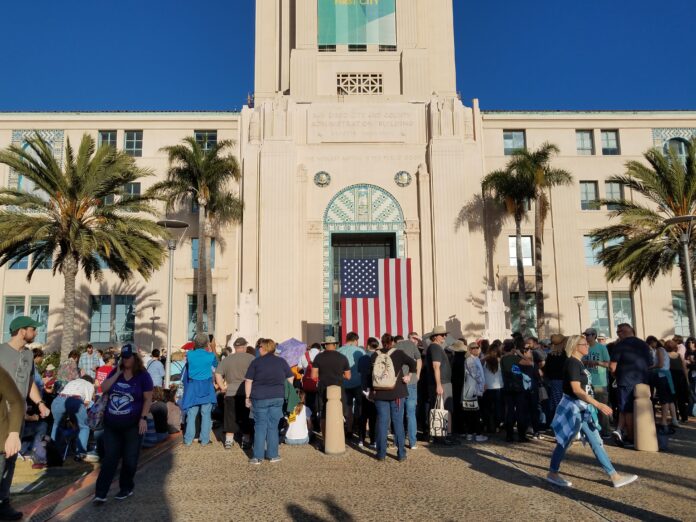 On Thursday, Oct 3, with mere months left before both Republicans and Democrats have to choose their frontrunner for the Presidential race, San Diego received an appearance from Elizabeth Warren at her Town Hall held at Waterfront Park. The presidential candidate is in the lead in California where once Senator Kamala Harris had taken hold. This was Warren’s first showing in San Diego as a Presidential candidate, and she has made sure her major focus hasn’t shifted: her message. She’s made it abundantly clear where she stands on the key points of tax, climate change concerns, and education—namely, free college tuition.

Even with the feeling in the air of excitement and hopefulness, there were a few outliers that were expected. Trump supporters made their presence known with signs of opposition to Warren’s visit as well as anyone that attended the event. Even so, the feeling of optimism was heavy in the air.

8,500 people were in attendance by the total count of the crowd at the end of the event. Unfortunately, not many faces were those of African-Americans. The immediate turn out for African-Americans in the crowd was sparse, and could be viewed as apprehension on the community’s part, and rightfully so. If a candidate shows plans or support for the African-American community, it is met with accusations of pandering. This isn’t unfounded, as many Democratic nominees have been guilty of doing this, and continue to do so even during the current race to become the pick for Democratic presidential nominee. 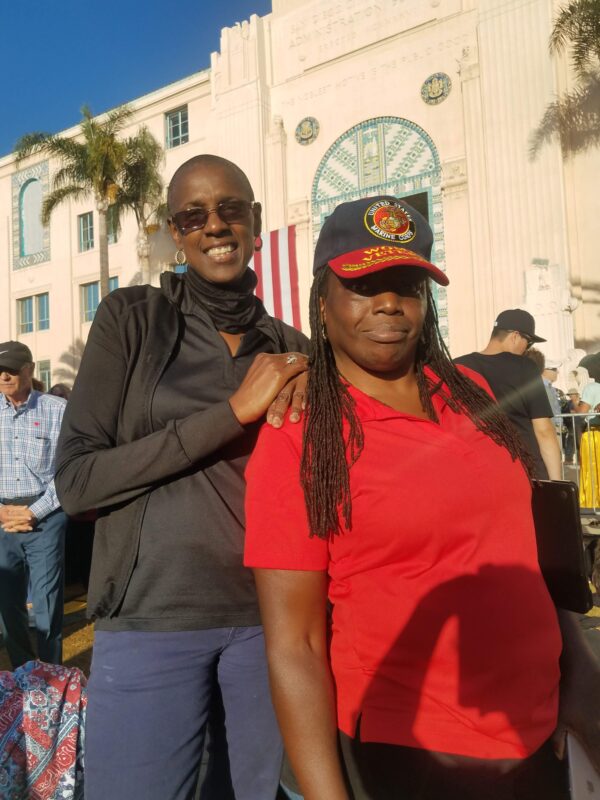 However, the sentiment is different when it comes to Warren. “[Warren] is a dynamic individual,” said one African American female who came to the rally with a few friends. “She’s smart and articulate, as well as forceful and interesting.”

Further discussion showed that the support of Warren was rooted in her messaging and what she stands for; how she has never wavered from her stance on her policies.

“She’s not like the other candidates who should be carrying SAG cards,” quipped another Warren supporter, an African American female in her mid forties, when speaking of the other Democratic Presidential candidates in the running. “She really knows what she’s talking about, and says what she means. I believe she’ll make the changes that need to happen, happen.”

Michel Mercer, 63, also believes that, as a community, African-Americans should be wary of candidates. He also thinks African Americans should be self-reliant, suggesting that the community adopt “micro-banking”, a phrase having to do with investing in and having our dollars circulate in our communities. This is something often mulled over, but never truly exercised. Yet, Mercer believes that with Warren as President, that change would most assuredly come. 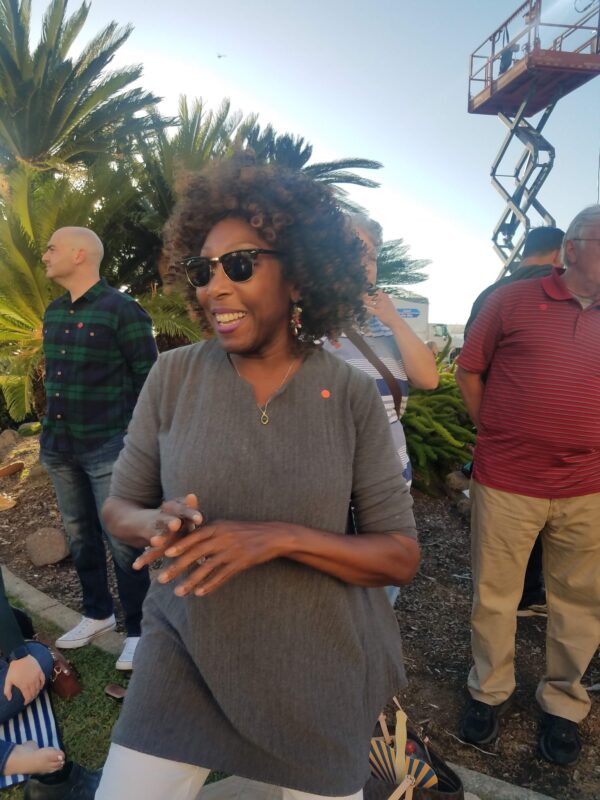 As the evening went on, the crowd swelled in size with people from all walks of life: young, old, white, black, and every in-between. However, you could not ignore that the majority of the crowd were women, and when it came to African-Americans, it was black women amongst the crowd, but the number was miniscule. It begs the question whether the black community didn’t show up in droves to this rally due to the lack of excitement about the primaries or the candidates running, or if they just aren’t supportive of Elizabeth Warren? Even so, a choice must be made in this next election, and we must stay informed, even if Warren isn’t the candidate African Americans ultimately choose.

Remains of Congo’s first leader are returned from Belgium