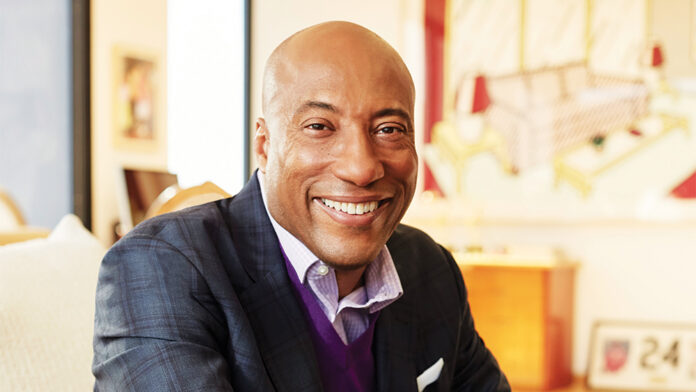 If the justices decide the case in favor of Comcast, the Philadelphia-based telecommunications giant, that ruling could roll back the most important provision of one of the United States’ strongest civil rights law: the right to sue even if race is just part of the reason for discrimination against an entity or individual.

Section 1981 of the law banned racial discrimination in making and enforcing contracts, including employment, and granted Blacks the same rights as “White citizens,” the law states, for the first time in the country’s history – at least on paper.

For more than 150 years now, since first providing crucial labor and economic protection for newly freed slaves, that section of the legislation has stood as the basis for court cases filed by Blacks and other minorities facing discrimination in employment, contracting or other business activities.

“If the Supreme narrows this law, it would give corporations cover – allowing them to cover up racial discrimination and avoid accountability,” Harris continued. “A bad decision in this case could have impact on everyday businesses owned by Black people across our country.”

Harris spoke about the case last night to more than 6,000 participants on a “Call to Action Tele-Town Hall” the national body of NAACP organized to let Americans know what they can do to protect the historic legislation. On the nationwide conference call, she joined her U.S. Senate colleague and fellow U.S. presidential hopeful Sen. Cory Booker (D-New Jersey); Derrick Johnson, NAACP President and CEO; and Bradford Berry, the NAACP General Counsel.

“We are faced with the reality that a corporation that many of us patronize – many of use for our cable service, Comcast, has now filed a petition to the Supreme Court to undermine our ability to use the act effectively, said Berry. “What Comcast is seeking to do is make it more difficult to prove a claim of discrimination by petitioning the Supreme Court to reinterpret Section 1981.”

In February 2015, Allen sued Comcast. He alleged that the cable provider refused to carry his television stations, which include The Weather Channel, Cars.TV and Pet.TV, because of his race.

Comcast denied Allen’s accusation of racial discrimination and won the lawsuit in U.S. District Court. The company argued that Allen should prove that, without race being a factor, it would have signed a contract to carry Entertainment Studios stations.

Invoking Section 1981 of the Civil Rights Act of 1866, Allen appealed the trial court’s decision to the U.S. 9th Circuit Court of Appeals. This time around, Allen won. A three-judge panel reversed the district court’s ruling in favor of Comcast and sent the case back for discovery and retrial.

Instead of going back to trial, Comcast filed a petition to the Supreme Court to overturn the 9th Circuit Court’s decision. The high court agreed to hear the case.

Johnson, NAACP’s national president, said his organization is not taking sides in the underlying dispute between Comcast and Allen. It is only concerned with preserving the Civil Rights Act of 1866.

He did say, though, that Comcast could have taken other options instead of taking the case to the current conservative-leaning United States Supreme Court.

“No one can predict the outcome of the Supreme Court ruling, but no one should put in the scope of danger an act as important as Section 1981 of the Civil Right Act of 1866,” Johnson said.

The U.S Department of Justice, through the Solicitor General’S office, has sided with Comcast in the case and written a statement of support backing the company to the Supreme Court.

Comcast insists that its decision to deny Allen television stations carriage had nothing to do with race, and that it carries other Black-owned television networks.

If Allen wins, Comcast wrote in a statement, “it will permit frivolous suits such as this one to proceed in the federal courts and open the doors to burdensome discovery demands by plaintiffs who have suffered no deprivation on account of their race, while delaying justice for citizens with meritorious grievances.”

After yesterday’s hearing, Berry says he does not expect the Supreme Court justices to reach a decision until at least Spring of next year.

Antonio Moore, a Los Angeles-based attorney and founder of the political movement ADOS, which stands for American Descendants of Slavery, has called for an immediate boycott of Comcast.

“The future of The Civil Rights Act hangs in a balance,” he wrote to supporters. “Comcast, Donald Trump and the U.S. Chamber of Commerce are asking the U.S Supreme Court to end your ability to sue against racial discrimination by destroying the Civil Rights Act of 1866.”

Harris urged participants on the call to get the word out to their loved ones and neighbors and “fight on the right side of justice.”

“Comcast’s argument could effectively dismantle our country’s oldest anti-discrimination law,” Harris said. “This can not be the legacy our generation leaves behind.”