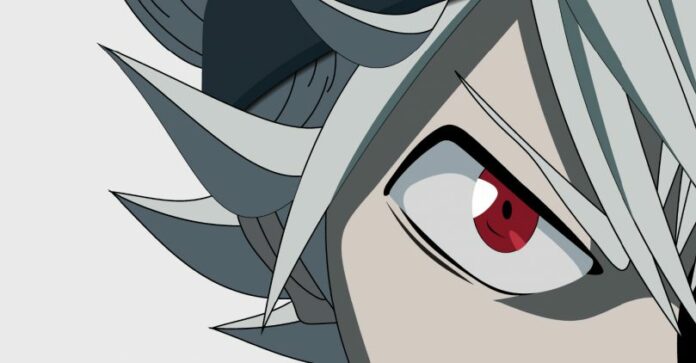 With the release of Netflix’s “Cannon Busters,” we go back to the age-old conversation of representation of African Americans in anime. The most well-known characters in Japanese pop culture have often been represented with European features and fairer skin tones such as Naruto, Ichigo, Luffy, or Spike Spiegel. Even in live-action adaptations, some of these characters have been played by Caucasian actors.

Even when there is a Black character written into a storyline, their features are often exaggerated or they are made into a stereotype, most infamously with Mr. Popo of “Dragon Ball” fame; his dark as night skin and big red lips reminiscent of Blackface.

This issue extends outside of classic cartoon anime. Japanese video games are also guilty of unequal and stereotypical representation. There are many different types of representation and all of these entertainment companies are missing the mark on all of them.

Unfortunately though, as much as I enjoyed “The Boondocks” and how it cleverly portrays stereotypes, they are stereotypes nonetheless.

“Cannon Busters,” which is a part of Netflix’s anime initiative to bring about more original content was recently released, and I have to say the quality of it and the writing are outstanding.

“Cannon Busters,” has all the qualities of a traditional anime, giant mecha’s, over the top protagonists, and a dramatic impossible plot, but I am disappointed with “Cannon Busters” in one aspect. In Episode two of the series, we are introduced to the Gearbolt Empire. “Cannon Buster’s” has Black Warriors, a Black Prince, a Black King and most importantly a Black hero named Odin. I see Odin as a double-edged sword.

This presented a chance to show off powerful deities with African origins. There are plenty of gods to choose from in the Yoruba and Egyptian pantheon such as Ogun, Sango, or Horus. On the other side of this problem is the fact that a Black man is depicted as a powerful larger than life figure named Odin who has traditionally looked like a grizzled caucasian male with an eye patch.

Video games also have their own role in this dilemma. Kingdom Hearts and Final Fantasy are two of the most popular video game series and have cemented themselves in American pop culture.

Kingdom Hearts is a joint venture with Disney Interactive and Square Enix. Kingdom Hearts combines the worlds of Final Fantasy and Disney films. The third entry in the Kingdom Hearts series was released early in 2019 and the game overall is good, but yet again another missed opportunity.

Several Disney worlds were featured in the game, but the easy slam dunk world that is missing is “The Princess and the Frog.” For some fans of the series, this was a disappointment.

Kingdom Hearts is overflowing with the themes of dark vs light, love conquers all, magic (good and bad), and whimsically simple-minded villains such as Dr. Facilier. Even the Bayou would have made a great location for the main characters of Sora, Donald Duck, and Goofy to play around in, you could have even turned them into frogs like the design mechanic that was done when the characters went to see Simba from the Lion King in Kingdom Hearts II which visualized them as Lions.

Final Fantasy faces a different issue. More than thirteen plus games make up the Final Fantasy series and there has barely been a handful of memorable characters. Barret Wallace and Sazh Katzroy are practically the same characters. They both use guns as their main style of fighting and have operated as comic relief at various points in the main story.

Sazh is a mild-mannered character who represents a big problem. Sazh himself isn’t a bad character, but it’s what he is carrying around with him constantly: A Chocobo.

Chocobo’s are like horses in the Final Fantasy series and to any uninformed viewer, kind of cute, but to the informed it carries the stereotype that Black people love chicken which is an insulting character choice. Barret Wallace, on the other hand, is made to look like a stereotype, a muscled up Black man with a gun (as I previously stated).

I hope they treat Barrett a cut above his old self in the Final Fantasy VII remake set to release March 3, 2020. I just want a Black Final Fantasy character that has a slim muscular build who carries around an awe-inspiring sword that one day my kids would want to dress up as for Halloween.

Is this an issue of the Japanese studios not interacting enough with people of African heritage or is it a matter of malevolence?

We notice the trend of African American stereotypes even outside of Japanese anime and video game culture. In Jordan Peele’s critically acclaimed movie “Get Out.” There is a scene where the main character Chris, played by Daniel Kaluuya is attending a “get together’’ for his girlfriend’s family which is filled with nothing but Caucasian Americans with the exception of a man played by the Japanese actor, Yasuhiko Oyama.

We as Black nerds are entitled to characters that we can identify with and can show to children for them to take pride in. Growing up I loved Goku, Cloud, and Sora. But it would have been nice to have a stalwart and cool character that I was a kid could look up to that I could identify with that looked like me.

The good news is that the release of Marvel’s “Black Panther” brings in a new era of representation that does not have the word “stereotype” anywhere around it. The bad news is that there is not a character of color that stands out in the world of anime like Goku or Naruto.

Noah Washington was born in Richmond, VA.  Noah has been a black nerd since birth. He is a Media Entrepreneur major at Georgia State University. He loves everything in from “Ant-man” to “Z-Gundam” He has written for the SCADCONNECTOR writing exposés and TV interviews such as NBC’s “New Amsterdam. Follow him on Instagram under Riotboyatl and on Facebook.