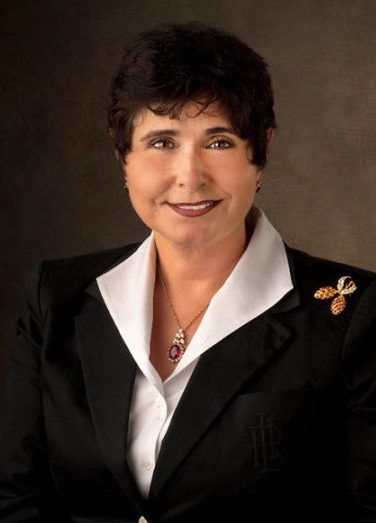 Bustos will serve as HHSA’s Community Development Liaison, and will work primarily with community leaders and stakeholders to advance Live Well San Diego, the County’s vision for healthy, safe and thriving communities. She will start with HHSA in mid-November.

“Elizabeth has a proven track record of building coalitions and bringing leaders together to improve the health of our residents, which is right in line with Live Well San Diego,” said Helen Robbins-Meyer, the County’s Chief Administrative Officer.

Bustos was previously the Director of Community Engagement for Be There San Diego, which brings together healthcare systems, patients and communities to prevent heart attacks and stroke. In that role she developed partnerships and implemented strategies aimed at improving heart-health and preventing cardiovascular disease.

As program director of the Southeastern San Diego Cardiac Disparities Project, Bustos built a coalition of faith-based organizations to prevent heart attacks and strokes in the area that has the highest rates of those diseases in San Diego County.

“Live Well San Diego is founded on the principle that to make real, lasting change, all parts of our community need to be engaged and working together,” said HHSA Director Nick Macchione. “Elizabeth not only understands that, but has the background to work with communities and agencies to make that happen.”

Bustos’ previous positions include Director of Community Relations at San Ysidro Health Center, Director of Strategic Business Development & Compliance at Comprehensive Health Center, and Director of Family Services at the San Diego Chapter of the Alzheimer’s Association. She has also served on numerous commissions and boards, including the Jacobs Center for Neighborhood Innovation, the City of San Diego Commission on Gang Prevention and Intervention and the Live Well Communities Task Force.

“The County has established a firm foundation for improving the health of communities and residents through Live Well San Diego,” Bustos said. “I am looking forward to playing a lead role in advancing that vision in our region.”

She earned a Bachelor of Arts degree in Social Work at San Diego State University.