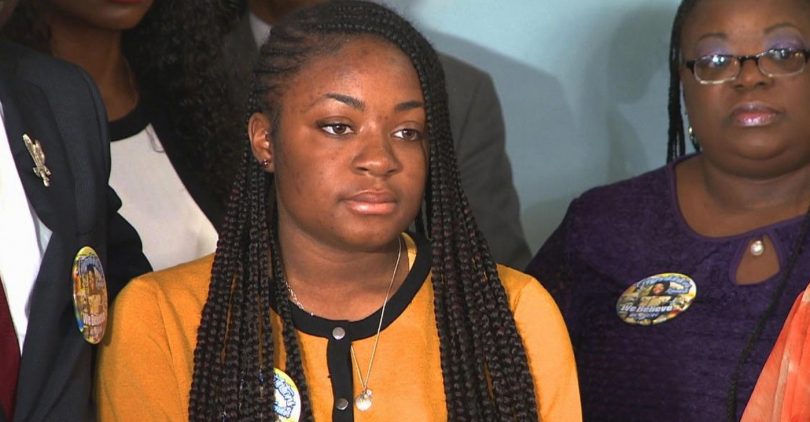 Washington, D.C. – Congresswoman Wilson issued the following statement in response to the College Board:

“As a mother and a former educator, I was extremely disappointed to learn that Kamilah Campbell’s SAT score is being challenged after she showed marked improvement in the second exam. It is my understanding that the first test that she took was a practice round for which she had not prepared. Before taking the second test, however, she spent a significant amount of time studying and took an SAT prep course. Her hard work and diligence paid off and she increased her score by about 300 points.

“The College Board, however, is challenging her score and has suggested that Kamilah may have cheated. It claims to “celebrate when students work hard and improve their scores on the SAT,” yet instead of celebrating Kamilah, it is creating a perception that perhaps she’s done something wrong, which is preventing her from pursuing scholarship opportunities.

“I fully intend to look into this matter, but I am very concerned that this incident may send the wrong message to young people, especially those who need more incentive and support than Kamilah to push themselves to excel in school and pursue higher education.”

Congresswoman Frederica S. Wilson is a fourth-term Congresswoman from Florida representing parts of Northern Miami-Dade and Southeast Broward counties. A former state legislator and school principal, she is the founder of the 5000 Role Models for Excellence Project, a mentoring program for young males at risk of dropping out of school. Congresswoman Wilson also founded and chairs the Florida Ports Caucus, a bipartisan taskforce that coordinates federal action in support of Florida’s harbors and waterways. The Florida lawmaker sits on the Transportation and Infrastructure Committee and the Education and the Workforce Committee.