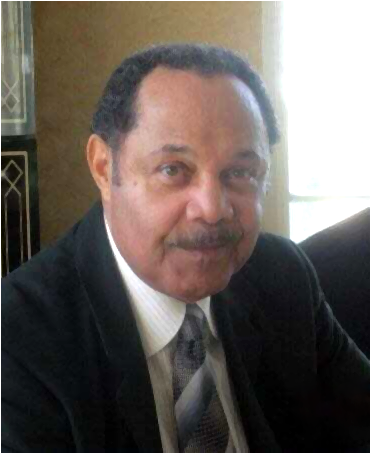 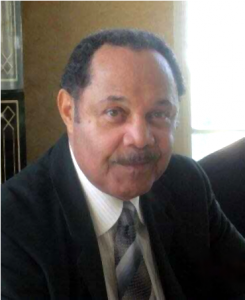 On April 10, 1933, Conley Evans Broome came into this world and joined his awaiting family, dad, Homer Floyd Broome, Sr., his mother Ethel Mae Payne and his brother, Homer Floyd Broome, Jr. in El Centro, CA. He graduated from Point Loma High School-San Diego where he was a 3 Sport Letterman in Football, Basketball and Track. Conley went on to attend San Diego State University. While attending he and his brother along with 5 other young African American men petitioned the Inter-Fraternity Council for membership, and the Delta Epsilon colony was chartered May 1951.  These 7 young men were the founding members of the SDSU chapter Alpha Kappa Psi Fraternity.  Conley became the fraternity’s first Vice president.

Conley then joined the United States Air Force where he met his first love Lois Jean Giles. They married and served their country as a dedicated committed military couple. During this union Conley and Lois produced two wonderful children Conley Morris Broome and Sharon Louise Broome.

Conley was a dedicated family man and he loved to travel, explore and plan family trips to his favorite city San Diego; the home of his parents. Additionally, he and Lois enjoyed playing Pinochle with neighborhood friends and bowling at San Hi Lanes in San Bernardino.  He also enjoyed celebrating holidays with his brother Homer Broome and his family in Los Angeles, California.

Conley had an illustrious military career spanning 24 years. He served during the Korean Conflict and Vietnam War.  He advanced through the ranks to the highest Noncommissioned Officer ranking of Chief Master Sergeant. He was awarded the Bronze Star Medal and the Meritorious Service Medal. Chief Broome was instrumental in petitioning and challenging the Air Forces grooming standards to include the provision for African American Airmen to be granted permission for Shaving Waivers and Natural Hair styles. Conley retired from the United States Air Force in 1975. Conley’s love of the Air Force inspired his grandson to follow in his footsteps, he enlisted in the Air Force and served a four-year term.

After Conley’s retirement he relocated to Minnesota.  He started to attend a local Church and one day he called his daughter and told her the good news; he had asked Christ into his life. He was soon baptized and became a devote Christian. From that point on, Conley began to grow in the Lord and shared the word of God with his children, grandchildren, extended family and friends.  He was the intercessor for the family and always prayed with and for them. Conley initiated an e-mail prayer group. His and their main mission was to pray for family members and friends who were in need of prayer. He was truly a man of God and made a commitment to live his life serving the Lord.

Upon returning from Minnesota, Conley relocated to San Diego to be close to his son and daughter and grand children. He attended graduations, marriages, sporting events, reunions, holidays, parties and other important family celebrations.  Conley developed a passion for baking and when family and friends came to his home he always made a special effort to make sure he had plenty of baked goods available. He found recipes from his mom, aunties and other relatives and then he would add his special touch to them to make them personal and special. You could not just eat only one of his cookies or a slice of his cake. They were so good you always wanted more.

He and his son Conley had season tickets to the San Diego Chargers, Padres and SDSU games.  They would dress up in their favorite teams hats, shirts and banners and root for them to win and continued to support them even when they lost. It was their special Father/Son bonding time. They also had a healthy rivalry on who was the better baker.  At family gatherings they would have a friendly challenge, each would bring a dish to see who’s baked goods was the best.