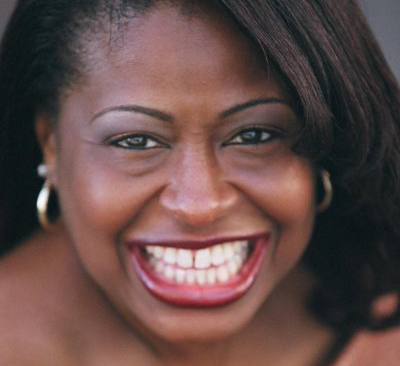 Fame has a way of chewing up and spitting out individuals who are thrust in the spotlight. After 15 minutes under the florescent glare of society, many fade into relative obscurity or a downward spiral of self-loathing. Cupcake Brown defies this trend. Brown scribed her way into the public eye with her New York Times Best Selling book ‘A Piece of Cake: A Memoir’ which depicted the trials and tribulations she experienced on her way to becoming a lawyer. After the media Ferris wheel ended, the stage was set for an exit from relevancy, but Brown found her second calling. She recently launched her own firm in San Diego and is ready to serve the community using her knowledge of the law.

Born and raised in Southeast San Diego, Brown’s roller coaster ride began at 11 years old when she woke up and found mother dead in her bed. Her father had her placed in foster care where she cycled through over 30 homes. Brown often ran away from the volatile environment of the homes and got involved with drugs, alcohol, street gangs and prostitution.

“I loved street life, it was exciting and it was fast,” Brown said. “The message I got was that the streets were safer than the foster homes were I was constantly beaten, raped and abused.”

Brown moved back to San Diego after she was emancipated and went into rehab to get sober.

“I was getting bored of being sober and my sponsor asked me what the dream was that drugs and alcohol stole from me,” Brown said. “I had to think about it because I didn’t have any dreams. My daddy used to tell me I should be a lawyer because I loved to asked questions. She told me to steal that dream back.”

Brown went to City College to talk to a counselor about getting back into school. On her entry exam, her math score was so poor it wasn’t on the scale. Despite her academic shortcomings, Brown learned how to study properly and dedicated herself to achieving her goal. She eventually transferred to San Diego State and graduated Magna Cume Laude. She later matriculated through the University of San Francisco Law School, passed the California Bar on her first attempt and worked at the 25th largest firm at the time as a litigator.

Three or four months after Brown moved back to San Diego from the Bay Area, her Uncle was diagnosed with Parkinson’s Dementia.

“I put my life on hold and moved him in with me,” Brown said. “He had a trust through state planning. This guy charged him an exorbitant amount of money. Nothing was any good, it was a nightmare.”

Handling her Uncles estate helped Brown notice a greater trend in her community. Nobody she knew had a will, trust or medical advance directive. It sparked a new passion to be a beacon for assistance in that realm for middle class, lower class and impoverished demographics.

She recently launched her firm ‘The Law Offices of Cupcake Brown’ which specializes in wills, trusts, business planning and notary services.

“Most lawyers you have to see on their time. I make myself available to clients when it’s best for them. Even if you don’t use me, get this planning done.”

Brown’s story is one of dedication and belief in the ability to change her life. She has an important message for anyone who’s struggling with addiction or abuse.

“Everything I do, positive or negative, starts and ends with me. What I did was faith and perseverance. The faith part, is God’s part, but the works part is our part. You’re going to doubt yourself, it’s going to be hard and it’s going to be stressful. I always kept my eye on the prize. I keep my attention on the goal, but my focus on the task at hand.”