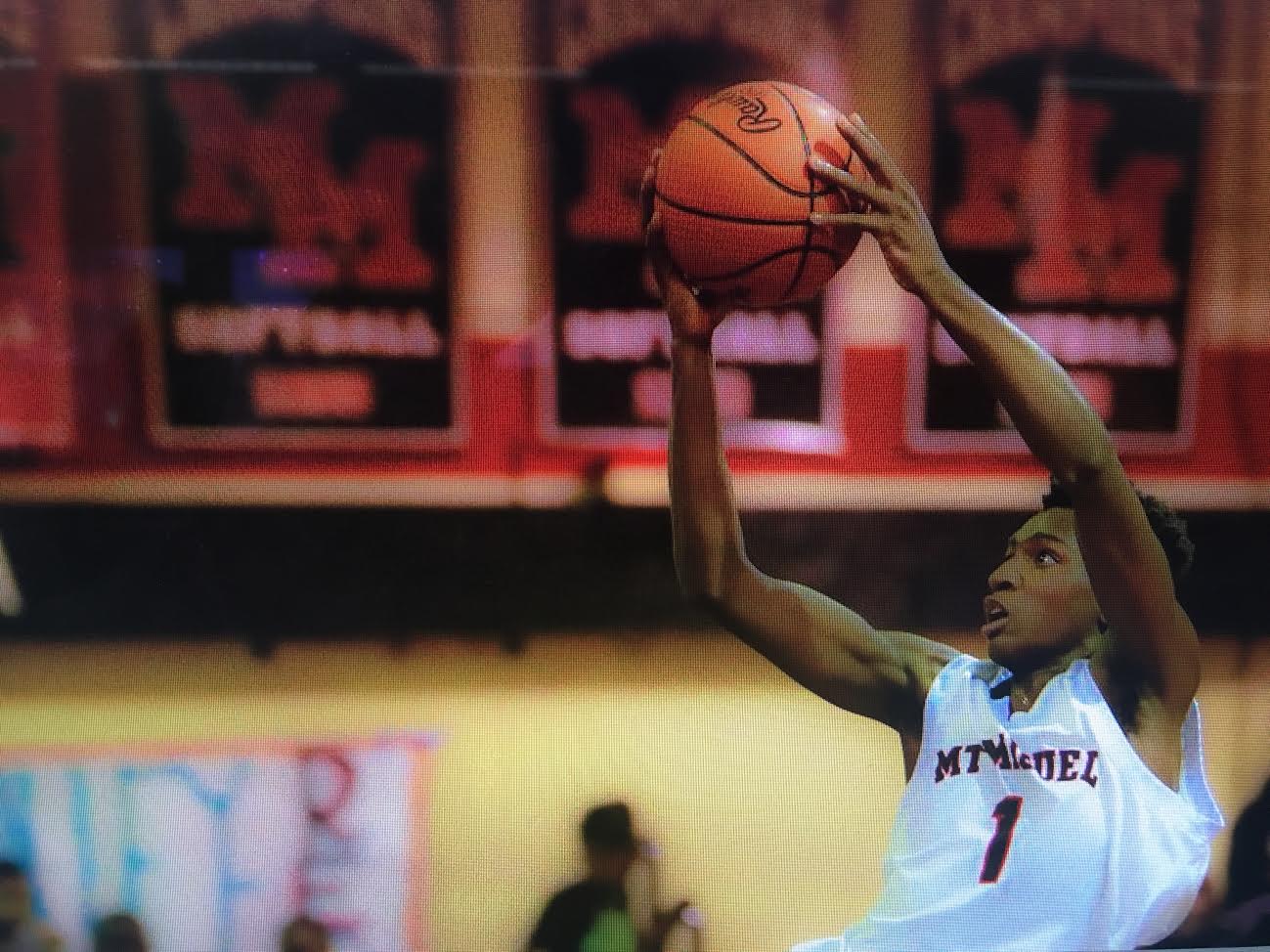 The Mount Miguel boy’s basketball team were in the middle of a CIF playoff run. And while senior Darian Norwood’s top priority was winning, he’s already won the battle for life.

Norwood averaged over 20 points per game this season while helping to lead his team to a CIF Championship game. You may have seen many videos of him soaring through the sky for breakaway dunks on social media, but what you may not know is about 10 years ago, Norwood and his family didn’t even know if he’d still be alive.

“When I was 8-years old, I was diagnosed with cancer in my lungs,” Norwood said. “It was a lot to go through, I remember crying every day and asking God to help me.”

The Leukemia in Norwood’s lungs was found early on, and he immediately began chemotherapy. His treatment would go on for over a year before doctors saw that the cancer was in remission. Soon after, Norwood discovered his love for basketball.

“I was in the 8th grade when I really started playing basketball and working on my game. At that time I knew this is what I really wanted to do in my life, and after I beat cancer I just felt that I would not let anything stop me from doing that.”

Once Norwood realized his potential, he felt everything else was up to him on the court.

“I feel what I have been through just makes me even tougher on the court. I think about what God has brought me through, and I know if you believe and trust in God, there is nothing that you can’t do”

“It’s such a blessing to see him out there playing. God has really blessed him and our family, words can’t fully express how proud of him I am.”

His father echoed her sentiments

“It’s really great to see him out there doing what he loves. I try to express to him the importance of being not only great in the game of basketball, but the game of life. Basketball ends eventually, but life continues. He is blessed to be in this position, and our entire family is proud of him.”

In the eyes of Norwood, though he his thankful for where he is at in life, he has so much more that he still plans on accomplishing.

“After this year, I plan on going to college and continuing my basketball career, I also plan on pursuing a degree in the medical field. There is still so much more I plan on accomplishing.”