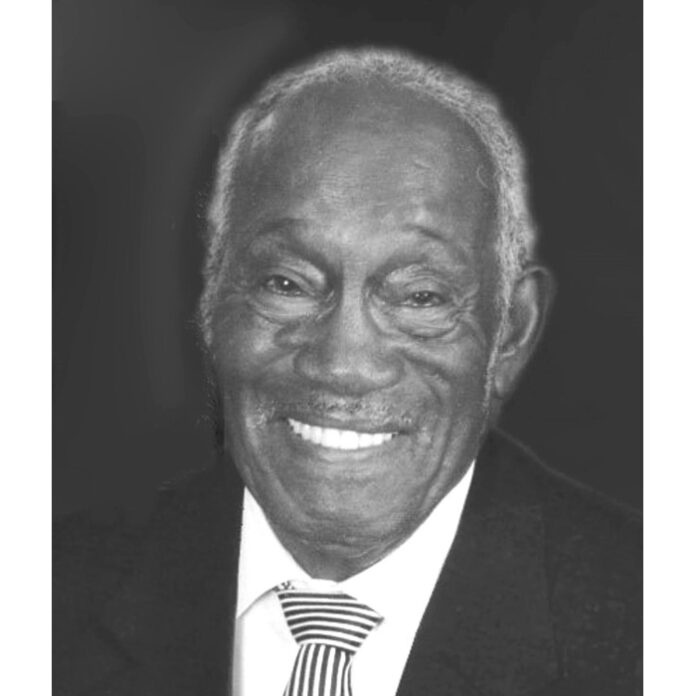 DAVID BENNETT was born on October 3, 1919 in Henryetta, Oklahoma. He was the tenth of thirteen children born to the union of Simon & Julia Bennett.

David received Jesus Christ as his personal Saviour at a young age and was baptized at the Paradise Baptist Church.

David met his “Honey Bunch”, Alma Sharpe, and they were united in holy matrimony on April 12, 1939. They were blessed with five loving children. On July 7, 1944, David enlisted into the United States Navy during World War II. Shortly after the war ended, David received his Honorable Discharge on January 25, 1946. Afterwards, David began employment with the Tennessee Coal Iron as an operator helper.

In September 1948, David & Alma relocated to San Diego, California with their children: Johnny Lenear, Alfred Lee and Shirley Ree. They were later blessed with daughters, Norma and Grace. On July 7, 2004, Alma was called home to Glory to be with the Lord after sixty-five years of marriage.

Shortly after his arrival to San Diego, David began employment with the 32nd Street Naval Base as a driver, and also worked evenings at General Atomics in the maintenance department. David retired during the mid-1980s.

In 1948, David and Alma united with the Mt. Erie Baptist Church. He served faithfully in various capacities including Superintendent of the Sunday School / Emeritus, Vice President of the President Counsel for District Brotherhood and Financial Chairman, which he served up until his passing. He was usually the first one there to open the church, as well as the academy; and he was generally the last to leave, securing the church and the academy. He was known to all respectfully as a strong, honest, God-fearing man, one who you could confide in for advice. He graciously assisted his pastor in any way he could. He dearly loved his church family and his pastor, but above all, he truly loved the Lord.

He was preceded in death by his wife, Alma Bennett; his daughter Shirley Ree; his sons Johnnie Lenear and Alfred Lee.

On Saturday, December 5, 2020, after “101” years of laboring in the vineyard, David Bennett was called from labor to eternal rest. He leaves to cherish his memory: two loving and devoted daughters, Norma Fields (Edward) and Grace McMurray (Garland); one sister, Annie Ree Williams; 16 grandchildren 28 great-grandchildren and a host of nieces and nephews.