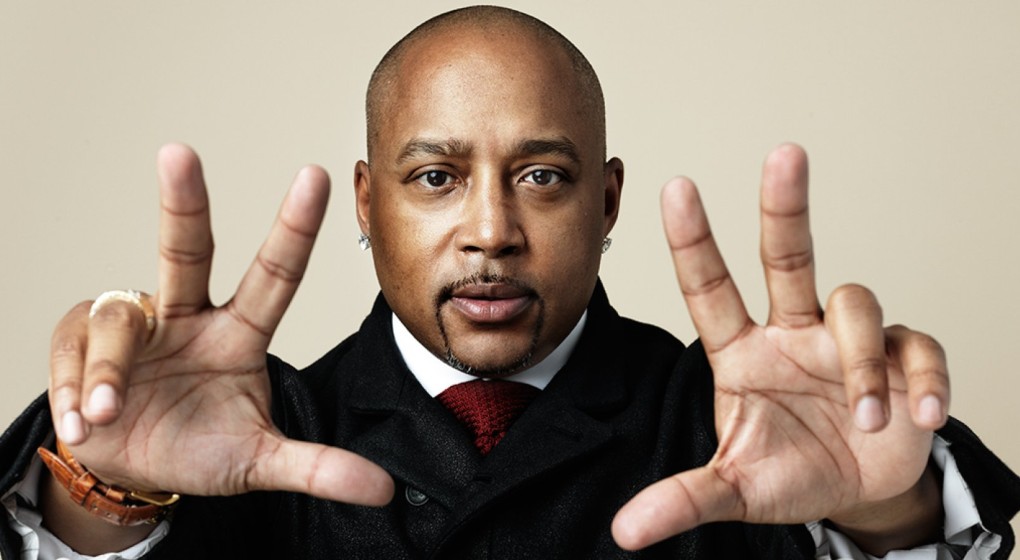 by Christopher A. Daniel

This year marks the 25th anniversary of FUBU pioneering the integration of fashion with hip-hop culture, multimedia and entertainment. The urban apparel line founded by CEO Daymond John was synonymous with T-shirts, sweatshirts, hoodies, hats, footwear and denim with the conjoined “FB” in bold, all caps font stitched on the fabric.

An acronym that stands for “For Us By Us,” FUBU was created to specifically target young African-American consumers. John, who started the operation with his childhood friends Keith Perrin, J. Alexander Martin and Carl Brown, created the clothing as a response to high-profile fashion brands expressing they didn’t want to market their collections to ethnic audiences.

“I’ve been really fortunate to have been part of something that’s a globally recognized brand,” the modest coach and panelist on ABC’s Emmy-winning reality series “Shark Tank,” told NBC News. “It’s close to me. I don’t know necessarily the effect or impact that I’ve had, but whatever it is, I’m grateful.” The concept for FUBU originated around 1989 as ski hats tied with string. John and his peers sold the merchandise on the corner for $10 each.

Three years later, John, then waiting tables at Red Lobster, mortgaged his mother’s three-level Queens, N.Y. home for $100,000 to devote his time, energy and space towards mass producing headwear and shirts. Half of the house became an assembly line; the other half was living quarters for he and his team. Starting out with a $40 budget, John and Team FUBU hit up expos and tradeshows across the Northeast. Their inventory only consisted of about 10 shirts that they ended up rotating on various music videos sets.

Demand began to exceed product availability, leaving John, a savvy negotiator, to shake many hands as he searched for investors. Banks kept denying him capital. Before long, Samsung became a major investor in FUBU.

“Networking is the number one reason why people end up expanding their brand,” said the problem solver. “You have to enjoy everybody that’s around you and get to know them. Running a business is very hard. It takes a lot of work, energy, discipline and cash. You have to stay true to yourself, your passion and be consistent.”

Hip-hop moguls like P. Diddy, Nelly and Jay-Z borrowed John’s template to develop their own successful clothing companies. The man behind branding and marketing entity The Shark Group is humbled to witness those artists’ evolution into cultural icons.

“When you’re in the middle of doing something, you don’t realize the effect it may have with people,” shared John. “I had much bigger hope for FUBU. Ralph Lauren probably does about $3 to $4 billion a year still. I did $6 billion over 20 years. When anybody touches any extension of anything that you do, you should be extremely grateful.”

Pre-FUBU, John was no stranger to entrepreneurship. The results-oriented Ambassador for Global Entrepreneurship appointed by former President Barack Obama owned six businesses, including a delivery service. Prior to judging a pitch competition, Miller Lite’s Tap the Future, in Atlanta, the best-selling author of “Display of Power,” “The Brand Within” and “The Power of Broke” shared some of his eye-opening realizations with NBC News that signaled FUBU’s growth.