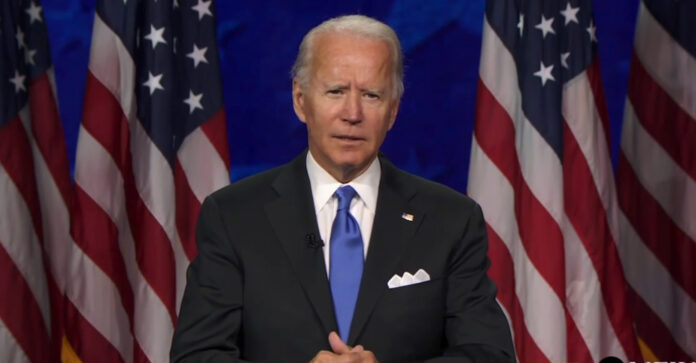 As Democrats wrapped their four-day national convention filled with hope and promise for the future of America, many might well harken back to day three and determine it as the turning point of the 2020 election season.

That might indeed be the case if Joe Biden wins election as the 46th president of the United States.

Biden closed out the fourth and final day of the virtual convention by promising stronger leadership, civil and equal rights for all, and to bring a divided country back together with a platform that certainly promotes the reasonable and humane belief that Black lives matter.

“All elections are important. We know in our bones this is more consequential. This is a life-changing election,” Biden stated.

“We can and will overcome this season of darkness. I will be an ally of the light, not the darkness,” Biden declared from his home state of Delaware, as he formally accepted the Democratic presidential nomination.

“It is with great honor and humility that I accept this nomination for President of the United States of America.”

While Biden appeared to get his message across on the final night of the convention, it was his choice for vice president, and the nation’s 44th president on day three that may have made it difficult even for reasonable Republican voters to cast a ballot for President Donald Trump.

On day three, Sen. Kamala Harris (D-Calif.) became the first Black and South Asian woman to officially accept the nomination as vice president from either of the two major political parties.

After being introduced by her sister, Maya Harris, her niece Meena Harris and stepdaughter, Ella Emhoff, the California senator, stated her impressive resume and attacked Trump.

“I’ve fought for children and survivors of sexual assault. I’ve fought against transnational gangs. I took on the biggest banks and helped take down one of the biggest for-profit colleges. I know a predator when I see one,” she said in a reference to accusations some women have previously made against Trump.

During his 2016 presidential campaign, Trump’s rallying cry was “lock her up,” claiming that the then-Democratic Presidential Nominee Hillary Clinton was a criminal.

Harris turned the tables this time.

“I am eager to prosecute him,” Harris stated, adding that the president has failed America and has divided the country with racist and sexist rhetoric.

While Clinton also addressed the convention as did her husband and former President Bill Clinton, another ex-commander-in-chief stole the night.

Barack Obama broke with the long-standing but unwritten tradition of a former president criticizing one currently in office.

Speaking live from the Museum of the American Revolution in Philadelphia and in front of a display about the writing of the U.S. Constitution, Obama took direct aim at Trump.

“The one Constitutional office elected by all of the people is the presidency. So, at a minimum, we should expect a president to feel a sense of responsibility for the safety and welfare of all 330 million of us – regardless of what we look like, how we worship, who we love, how much money we have – or who we voted for,” Obama declared.

“But we should also expect a president to be the custodian of this democracy. We should expect that regardless of ego, ambition, or political beliefs, the president will preserve, protect, and defend the freedoms and ideals that so many Americans marched for and went to jail for; fought for and died for.”

In his continued evisceration of Trump, Obama noted that he’s sat in the Oval Office with both of the men who are running for president – the current president and Biden, Obama’s former vice president.

“I never expected that my successor would embrace my vision or continue my policies. I did hope, for the sake of our country, that Donald Trump might show some interest in taking the job seriously, that he might come to feel the weight of the office and discover some reverence for the democracy that had been placed in his care,” Obama said.

“But he never did. For close to four years now, he’s shown no interest in putting in the work; no interest in finding common ground; no interest in using the awesome power of his office to help anyone but himself and his friends; no interest in treating the presidency as anything but one more reality show that he can use to get the attention he craves.

“Donald Trump hasn’t grown into the job because he can’t. And the consequences of that failure are severe. 170,000 Americans dead. Millions of jobs gone while those at the top take in more than ever. Our worst impulses unleashed, our proud reputation around the world badly diminished, and our democratic institutions threatened like never before.”

Obama echoed his wife, former First Lady Michelle Obama, who opened the convention two days earlier with a passionate plea for voters to cast their ballot for Biden.

“Now, I know that in times as polarized as these, most of you have already made up your mind. But maybe you’re still not sure which candidate you’ll vote for – or whether you’ll vote at all,” Obama stated.

“Maybe you’re tired of the direction we’re headed, but you can’t see a better path yet, or you just don’t know enough about the person who wants to lead us there.

“So, let me tell you about my friend Joe Biden.”

After spending several minutes expounding the virtues of Biden and Harris, Obama closed by noting that “we have to get busy … by pouring all our efforts into these 76 days, and by voting like never before – for Joe and Kamala, and candidates up and down the ticket, so that we leave no doubt about what this country we love stands for – today and for all our days to come.”

Excerpt:
“The one Constitutional office elected by all of the people is the presidency. So, at a minimum, we should expect a president to feel a sense of responsibility for the safety and welfare of all 330 million of us – regardless of what we look like, how we worship, who we love, how much money we have – or who we voted for,” Obama declared.