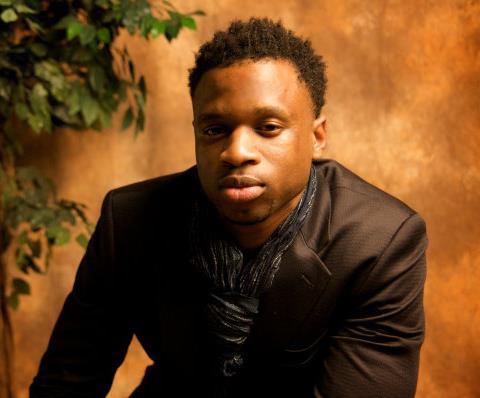 By Mark Jones – President of the Black Student Justice Coalition

Over the last few months the families of Aaron Harvey, Brandon Duncan and the many other Lincoln Park families that have been fighting against the unjust 182.5 have been on quite a roller coaster.  Each of them were facing life in prison if convicted for crimes that the most of them had no knowledge of or participation in.  As of March 16, 2015 it is a great honor to report that all 9 counts of the unjust penal code 182.5 that Aaron Harvey and Brandon Duncan were charged with have been dismissed. The 182.5 charges were also dismissed for the vast majority of the young black men allegedly members of the Lincoln Park gang. There were some men who the judge did not dismiss the 182.5 charges for due to the fact that they had other charges that he reasoned warranted the 182.5 charge. However in the cases of  Aaron Harvey and Brandon Duncan, all of the 182.5 charges were dismissed and they were free to go.

Defeating the 182.5 charges has been quite a process for these families. One of the biggest hurdles they faced almost immediately was to change the narrative.  The San Diego District Attorney, Bonnie Dumanis was far ahead of the families as she embarked on what seemed like a campaign to criminalize these young men in the court of public opinion. She came to their neighborhoods to sell to the community that the sending these young black men to jail for life was what was best for us all. Her implications were that these were dangerous criminals and that if you want to clean up gang crime these 33 men needed to be taken off the streets. She purported that since the 182.5 sweep of these 33 black men, that crime had gone down significantly. However when asked if she had factual evidence that the downward spiral in crime was indeed correlated to the arrest of these 33 men she said that those facts were based on circumstantial evidence.

She did her best to placate this community with promises that she had facts that we just didn’t know about and that we should trust that these dangerous thugs deserved what they were getting.  She not only went on “tour” in your neighborhoods but she also spent considerable time in the press, taking many morning interviews with KUSI to tell their viewership how she was doing everyone a service.  The District Attorney went as far as calling the clergy individually once more support started coming the way of the families to tell them that she had evidence that the Harvey’s were somehow now not only just alleged gang members but the alleged leaders of these gangs. Of course she had no factual evidence to prove her outlandish claims, but that doesn’t matter in the court of public opinion. You see Bonnie Dumanis had a narrative that she had to sell so that if these cases ever made it to trial, a placated jury would already be ready to convict these young black men.

This community stood up, for and behind the Harvey and Duncan family. You attended the first coalition meeting against the Penal Code 182.5 in the Pillars of the Community building off of Imperial. The meeting was originally to be held in the Imperial Barbershop thanks to the generosity of Tau Baraka but too many of you wanted to get involved. You showed up at the NAACP meeting and motioned to have the 182.5 matter discussed in a Town Hall forum. (That town hall forum is now being held, March 28th  it is being put by the Voice and Viewpoint in conjunction with the NAACP and Black Men United.) You showed up at the first 182.5 rally held at the Hall of Justice. You allowed both Aaron and Brandon to attend your high schools, colleges, and conferences to share their stories for you. Lastly you showed up in force to the March and Prayer Vigil held at the Hall of Justice before the March 16th court date.  We prayed we sang and we marched against the unjust use of this penal code.  As a community you should be proud of what you accomplished because it was the efforts of this community that showed that you will not accept the criminalization of your neighborhoods.  You did all this and guess what? We obtained a small victory, but you have to know that this fight is far from over.  Aaron Harvey said it best when he spoke at a press conference directly after the 182.5 dismissal. “I’m happy, I’m satisfied,” he said “but the issue is far from being over. It was never about me and Brandon to begin with. This is about a penal code we’re trying to erase. That was just round one.”

WE ARE NOT DONE: NEXT ACTION

Aaron is right we still need to fight this as a community and nation because we still have 18 men who are facing the 182.5 charge that are in prison even as you read this commentary. We also must work together to push to get this unconstitutional law stricken from the California legislature.  Now that some of the charges have been dropped we are asking everyone to get involved in our next action to directly contact the office of the District Attorney Bonnie Dumanis and voice your displeasure of her office continuing to pursue the use of the penal code 182.5.  Whether you are an individual or a group we ask that you commit 1 minute of your day to this action.

“Hello, I am a (taxpayer/voter/resident) and I am calling to let the District Attorney know that I do not agree with her use of Penal Code 182.5 to criminalize our communities. We urge you to stop your unconstitutional pursuit of penal code 182.5. Do not waste my tax dollars by refiling or appealing the dismissed 182.5 cases. We stand with the decision made by Judge Hanoian.”


The next Coalition Against Penal Code 182.5 will be April 6th at the City of Hope International Church (4999 Holly Dr.)  We will do our best to catch every person and group up and use the opportunity to discuss strategy on the nationwide movement to change this law.  These families still need you and together there is no force that can stop our just cause but divided we will fall.  Let us stand up as one and say that we will not allow anyone Bonnie Dumanis or anyone to criminalize and destroy our neighborhoods. Let us say as one that we demand better and show the rest of the nation what can happen when a unified community comes together to protect their own.  If you would like more information about this editorial or the 182.5 case please email blackstudentjusticecoalition@gmail.com or contact me, Mark Jones at 619-382-7578

Bridging the Gap in STEM