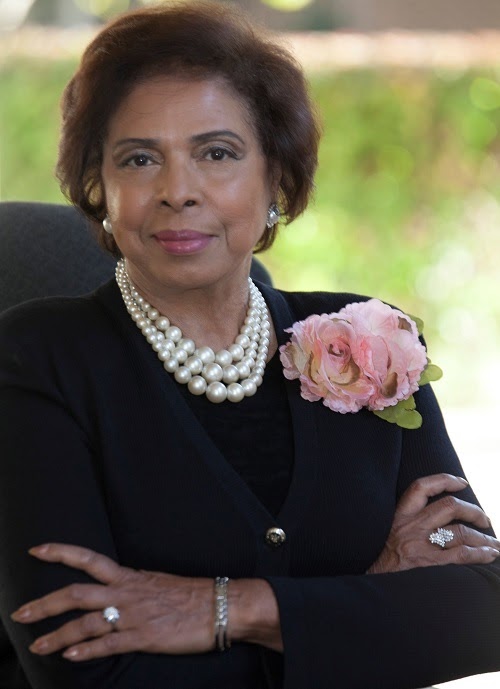 (TriceEdneyWire.com) – Two points loom significant as I begin my thoughts for this week. First, my NCBW predecessor, Dr. C. Delores Tucker would often remark that: From birth, when we receive our birth certificates, until death and our survivors receive our death certificates, we have an on-going relationship with government. For those living under the U.S. Constitution, this observation is unquestionable – even to state and local governments. Doubters need only reflect on public schools, our annual interaction with the IRS, recurring license renewals, and, hopefully, rare contact with law enforcement and other public safety officials.

The second consideration are the goals stated in the Preamble to the Constitution of the United States: “We the People of the United States, in Order to form a more perfect Union, establish Justice, ensure domestic Tranquility, provide for the common defense, PROMOTE THE GENERAL WELFARE, and secure the Blessings of Liberty to ourselves and our Posterity, do ordain and establish this Constitution for the United States of America.” Central is the self-imposed obligation to promote the general welfare.

I have family in Houston, TX, and recent events in Texas give me cause to question the commitment of some state and local officials to the general welfare. I understand that ‘The Preamble’ doesn’t guarantee each citizen nirvana, but, as a student and teacher, I have learned that the oaths of office for governing officials require a direct pledge to reduce/remove threats to the collective safety of citizens and to improve quality of life.

The antithesis of this is Texas Republican Tim Boyd, now the former mayor of Colorado City. As reported by The Grio, in a Facebook post on February 16th, he disparagingly labeled his citizens as “lazy” and told them to “get off your ass and take care of your own family!” He added (with the misspellings), “No one owes you are your family anything; nor is it the local government’s responsibility to support you during trying times like this! The City and County, along with power providers or any other service owes you NOTHING! I’m sick and tired of people looking for a damn handout! Sink or swim it’s your choice! Only the strong will survive.”

Boyd’s indifferent attitude is mirrored by Texas Republican Governor, Greg Abbott, who attempted to shift the blame for the abject mismanagement of the Texas Electric Grid to Wind and Solar power sources and a nebulous, theoretical “Green New Deal.” Instead of “real” corrective action, even with knowledge of the impact of a similar catastrophe in February 2011, government and industry leaders chose profit over people. Just in case you forgot, Lisa Marie Presley and Michael Jackson were newlyweds (in 1994) which is the last time a Democrat won statewide office in Texas. So, the “blame” falls squarely in the laps of elected Republicans.

From a practical position, it seems foolish to think that the national Republican Party would demonstrate any more compassion and concern for people than its subsidiaries at the state level. The advent of the Biden/Harris administration has provided disclosure of the level of mismanagement of the COVID pandemic by “that former guy (#45).” It was no surprise to learn that, prior to January 20, 2021, there was no viable plan for the acquisition, distribution, and administration of the COVID vaccine. Although understood, there was no plan to overcome ‘Vaccine Aversion’ in communities of color. Moreover, deficiencies were obscured with institutional misrepresentations – LIES!!

Sweet words and personal freedoms mean little to the dead! Rather than listening to their words, we must judge the actions and conduct of those who would lead. If they fail to zealously act in our behalf in times of crisis, we must remove them in times of elections.

(Dr. E. Faye Williams is President of the National Congress of Black Women and host of “Wake Up and Stay Woke” on WPFW-89.3 FM.)

Unearthing The Great Divide in Healthcare

Reopening School: Key to Bouncing Back is Being Back