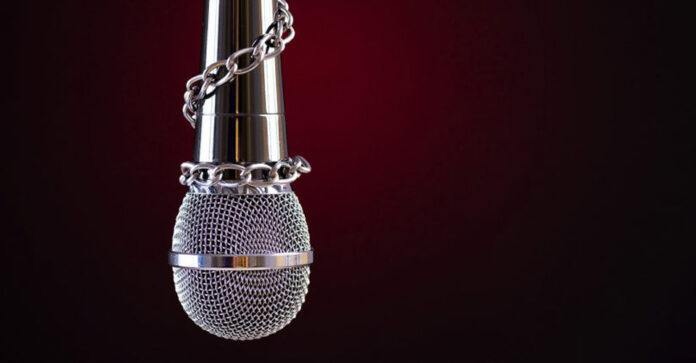 A growing group of publishers, news gatherers, journalists, photographers, and other professionals, the Save Journalism Project’s is to educate and activate journalists across the country to tell the story of big tech’s threat to journalism.

Approximately 7,200 jobs in the news industry were lost in the past year.

Journalism in America is facing an existential threat from the monopolistic control of tech giants like Google, Facebook, and Apple.

A growing group of publishers, news gatherers, journalists, photographers, and other professionals, the Save Journalism Project’s is to educate and activate journalists across the country to tell the story of big tech’s threat to journalism.

The leadership at the Save Journalism Project scoffed at Facebook CEO Mark Zuckerberg’s recent Georgetown University speech, where he touted his popular social media site as a “champion of free expression.”

“Given the sensitivity around political ads, I’ve considered whether we should stop allowing them altogether,” Zuckerberg stated in defending Facebook’s decision to allow misinformation in political advertising.

“But political ads are an important part of voice – especially for local candidates, up-and-coming challengers and advocacy groups that may not get much media attention otherwise. Banning political ads favors incumbents and whoever the media covers,” Zuckerberg stated.

He reportedly invoked Frederick Douglass, Dr. Martin Luther King, Jr., and Black Lives Matter as a means of positioning Facebook as a champion for freedom of speech.

“The Facebook news tab is a shiny new object to distract from the damage Zuckerberg has done to journalism and a ploy to steal journalists’ content without compensating us,” said Laura Bassett, the co-founder of the Save Journalism Project and the former senior politics editor for HuffPost.

“This initiative will only further his agenda to derail the journalism industry so that Facebook can be the bearer of all the news, stated Bassett, who was laid off from her HuffPost position in January.

John Stanton, another co-founder of the Save Journalism Project and a former fellow of Georgetown University, called Zuckerberg’s speech “a joke.”

“Mark Zuckerberg is the antithesis of free expression,” stated Stanton, who until January worked as BuzzFeed’s DC Bureau Chief.

“He’s thrown pennies at programs to ‘help’ journalists that, in actuality, are little more than PR stunts intended to provide cover as he puts countless journalists out of work, strips the industry to the bone, and reaps billions in ad revenue. He’s thrown free speech, public education, and democracy to the waste side in his quenchless thirst for power and profit,” Stanton noted.

“Instead of providing a platform for Zuckerberg propaganda, how about we rein in this monopoly and save journalism?”

Efforts by NNPA Newswire to reach officials at Facebook for a response were unsuccessful.

“Local, regional, ethnic, and specifically, African American news media, have always had thin margins and been under threat from majority media consolidation, diminishing ad revenue, and the hemorrhaging of newsroom resources. If small businesses in African American communities decide to advertise with monopolists such as Google and Facebook online, that impacts legacy media, which in turn now have less revenue for journalistic pursuits, like informing their communities and holding elected and public officials to account,” Charles stated.

To that end, African American media needs to stand with the Save Journalism Project and others who have been sounding the alarm around platform domination and advertising monopoly, he added.

“Big Tech needs to be checked, and the corrosive way they utilize content addressed. Editorializing and reaching out to local, state, and federal officials who should be looking at these issues is a start,” Charles said.