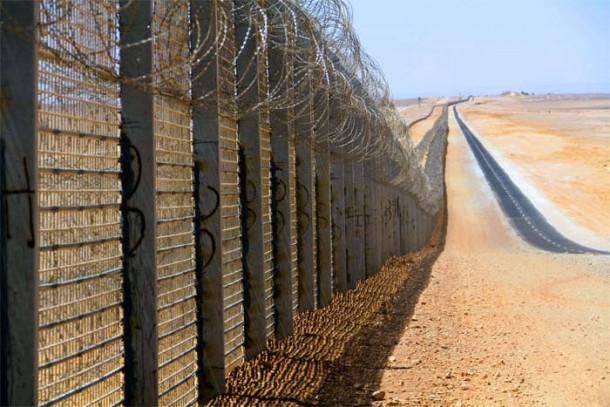 The fencing of three kilometers of the Kenya-Somalia border is complete after the Kenya Defense Forces (KDF) took over its construction over two months ago.

The project, initiated by the Ministry of Interior in 2015, has since been switched to wire fencing along the porous border.

Concrete poles joined with barbed wire, mesh and razor wire have been erected on a three-kilometre stretch.

Kenya decided to put up a wall after the April terror attack on Garissa University College, in the northeastern of the country, that left over 140 dead last year.

But the project stalled after the National Youth Service (NYS) personnel working on it downed their tools for what they said was lack of pay.

Speaking while inspecting the ongoing works on Thursday, Maj-Gen K.T. Chepkuto from the KDF engineering department said they intend to complete the 30 kilometre-stretch in the next four months.

“We will do the first 30 kilometers within the stipulated time since people are energized,” he said.

He noted that the Kenyan military officials are working closely with the Somalia National Army (SNA) to ensure the work is done peacefully.

“The only possible challenge could be from Bula Hawa, but SNA are working with us to ensure the project progresses swiftly,” he said.

Earlier, he had questioned the national government’s commitment in securing the county.

“We are happy with the progress of the security sensitization program as visible work has been done unlike in the last two months when we visited the site,” he said.

He said the fencing is not intended to lock anybody out of Mandera but it is about security by restricting human access only through identified entry and exit points.

“We want our brothers from Somalia to do business with us through the Customs border and we can … keep unwanted elements of society out,” said Mr Roba.