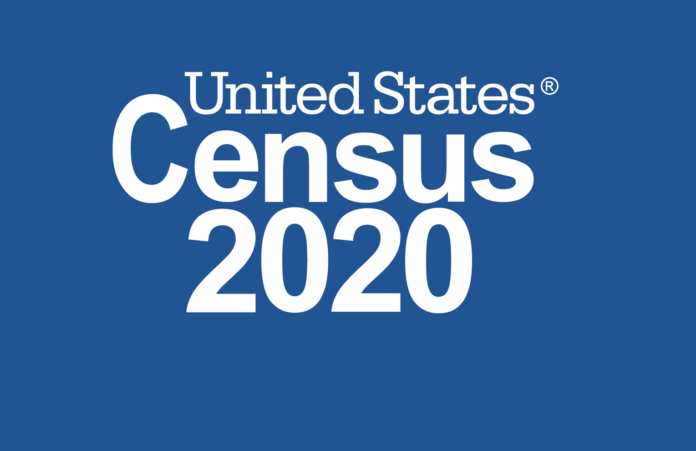 School lunch programs – an essential lifeline during the pandemic — are going broke, and a 2020 Census undercount will damage them even more, says children´s advocate Mayra Alvarez.

School lunch programs, which fed nearly half of American’s schoolchildren before the Coronavirus, have turned into a lifeline for families hit by unemployment and rising food prices during the pandemic.

Many of those programs are now going broke, and their very existence over the next decade depends on the population numbers being gathered by the U.S. Census in communities that are considered “hard to count,” says Mayra E. Alvarez, President of The Children’s Partnership, a nonprofit which advocates for underserved children.

When asked about the impact of the U.S. Census, which is conducted every ten years and has been delayed and disrupted (but NOT canceled) by the pandemic, Alvarez mentions this program first, although it’s hardly the only one that would be affected if there is a severe undercount of children and low income families.

In the past three months, school lunch programs have lost at least $1 billion during lockdowns and school closures that eliminated the revenue from families who were able to pay for the meals.

At the same time, costs have outstripped federal reimbursements for the emergency meals. Relief bills passed by Congress have helped, but the long-term survival of the programs depend on data from the 2020 Census.

For populations concerned with survival, filling out or responding to the 2020 Census may seem a distant priority.

But nothing is more important for vulnerable families than an accurate count, says Alvarez.

For starters, the biggest, most impactful federal and state programs that serve the health and well-being of children and families depend on formulas driven by census data.

The more people that are counted, particularly in those communities that need a variety of programs, the more money is allocated to serve them.

“We can point to Medicaid and CHIP (Children’s Health Insurance Program), two fundamental programs for health care, which are partly based on census numbers,” said Alvarez.

“The programs that rely on census data are the ones the majority of people rely one, like Medicaid, food stamps, cash assistance”.

Medicaid, for example, is “part of a formula that distributes money to states, based on population and income; the states put money in and the federal government matches it.”

Experts estimate that the federal government provides between $1,700 and $2,000 for each person counted in the census.

For a minimum wage earner who’s a single mother of two, being counted or not counted in the census “can make a whole world of difference,” Alvarez says.

“If there is no adequate reflection of people like her in the census data, she may not be able to qualify for food stamps or enroll her children in child care because there won’t be enough slots”, Alvarez explains.

”She may also lose out on health coverage for her children, not find space in a neighborhood school and have to bus her children to another school. She might have to go farther away to find a hospital if the child gets sick because the hospital wasn’t built in her community since the population count did not reflect her presence,” she continues.

“This could be a very dire situation if the undercount is severe.”

“It is so much more important to be accurate right now because so many families are struggling,” Alvarez says. “These programs pretty much impact every aspect of their lives”.

Going back to school lunches, Alvarez says, an undercount of children and families could mean more hunger at a time when it’s unclear how soon will schools be able to go back to some kind of “normality”

“If families that have kids that depend on free and reduced lunch are undercounted, there will not be as many resources to make sure they are eating when they go to school”, Alvarez says. “These are kids that may not be able to eat at home or bring money for lunch”.