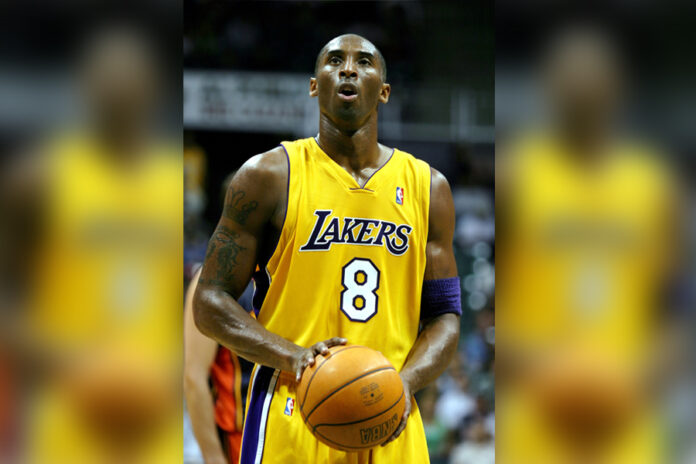 There is an old saying made popular by the former president of Morehouse college: “Judge a man not by the heights he has reached but by the depths from which he has come.” Someone tweeted in late January that Kobe Bryant’s death was “complicated.” The New York Times story on him was titled, “Kobe Bryant’s Brilliant and Complicated Legacy;” USA Today’s opinion piece was titled, “Don’t shy away from the complicated part of Kobe Bryant’s legacy.” Complicated became a theme.

However, the USA Today editorial was uncomplicated considering its purpose was apparently to make sure people did not forget that he was accused of raping a White woman in Colorado in 2004. Bryant did not help his case with his tone-deaf and somewhat disingenuous admission in a statement: “I recognize now that she did not and does not view this incident the same way I did,” adding, “I now understand how she feels, that she did not consent to this encounter.”

The then-24-year-old Bryant, who most are convinced is guilty of forcing a then-19-year-old girl of having sexual intercourse against her will, was not the 41-year-old wiser, Renaissance man who died tragically, along with his 13-year-old daughter, and seven other people, on January 26th. If the fact of his growth accountability and maturity is not acknowledged, then “complicated” is just another expression for “We will not forgive, nor will we forget.”

Ironically, the truth is that all lives are complicated, some far more than others. All have done some good and some bad. Otherwise, we would all have the ability to cast the first stone in Jesus of Nazareth’s famous parable about passing judgment.

When heroes fall, they are fair game for judgment, but timing is usually important as well. Criticism is usually reserved until after the funeral, a courtesy observed in the initial news of the deaths of George Bush and John McCain. Both of them supported policies, especially foreign policy, that resulted in needless suffering by those in the so-called Third World.

Many were arguably not feeling Bryant as one of the best basketball players and athletes of all time, and for a lot of good reasons. These include his constant whining and complaining to officials during games, his seeming arrogance, and his single-minded embrace of basketball as the sole thing in life.

He likely lost many fans after the Colorado incident and he likely lost for a time a lot of Black folks after he found a way to feud with his teammate Shaquille O’Neal. The final straw for some came in the wake of his rape accusation when he apparently tried to take the attention off himself by throwing his then-teammate O’Neal under the bus, saying that Shaq had been unfaithful to his wife.

Bryant made the leap from the high school court to the professional stage and never looked back. There was never any doubt that this prodigious talent was going to be one of the best of all time. He began his career as a man-child determined to become the best basketball player possible.

He reached the pinnacle of his sport’s success with an intense focus and a cutthroat determination seldom seen in any field of endeavor. The basketball world had witnessed this before in Michael Jordan, but even Jordan allowed for a distraction or two. Not Bryant, who drove himself and his teammates to five championships. There would have been more had he had a more supporting cast.

However, it was this drive, this cutthroat ambition that turned some fans off. He was arrogant and self-obsessed. It seemed to be all about Kobe. He came off as a selfish player who put himself above team.

The star made his share of mistakes, but in his last years before retirement and since, he seemed to have grown up and matured right before our eyes. Former ESPN co-host Jemele Hill called him in 2014 out for a statement disregarding the impact of race when George Zimmerman was found not guilty of violating Trayvon Martins’ civil rights. Bryant replied in The New Yorker, “If we’ve progressed as a society, then you don’t jump to somebody’s defense just because they’re African American.”

Bryant eventually had a change of heart after an honest and open discussion with the sportswriter. He later apologized for his statement and was invited to speak at an event supporting justice for the teenager.

He and Shaq, with whom he had fallen out over Bryant’s comments and their view of what kind of teammate the other should be, have since reconciled. No matter what we may think of Bryant, it takes a big person to say he’s sorry.

While he may have owed Shaq a more public apology, it is clear he attempted to distance himself from his worst actions. He had embraced his daughter Gigi’s passion for the game of basketball and acknowledged that she was going to be a force on her own terms. He dismissed talk that he needed a son to carry on his legacy, proudly saying of his daughter that “she got this.” Over the years he found ways to be supportive of the WNBA and openly admitted that some of its players could compete in the NBA.

He went from passive observer to calling out police violence in the wake of Mike Brown’s death in Ferguson. After Missouri prosecutors refused to charge Brown’s killer, Bryant tweeted, “The system enables young black men to be killed behind the mask of law.”

Bryant said in an interview not long after he retired that the most important thing he learned in life was to keep going. The future Hall-of-Famer said that no matter how bleak things may look, the storm passes, so it is important to keep going.

Bryant’s legacy may be just that, leaving us the record of a man who kept going until he found his sweet spot—the place where we all came to benefit from his determination to be the very best, first as an athlete, then as a man.

This article originally appeared in the Minnesota Spokesman-Recorder.