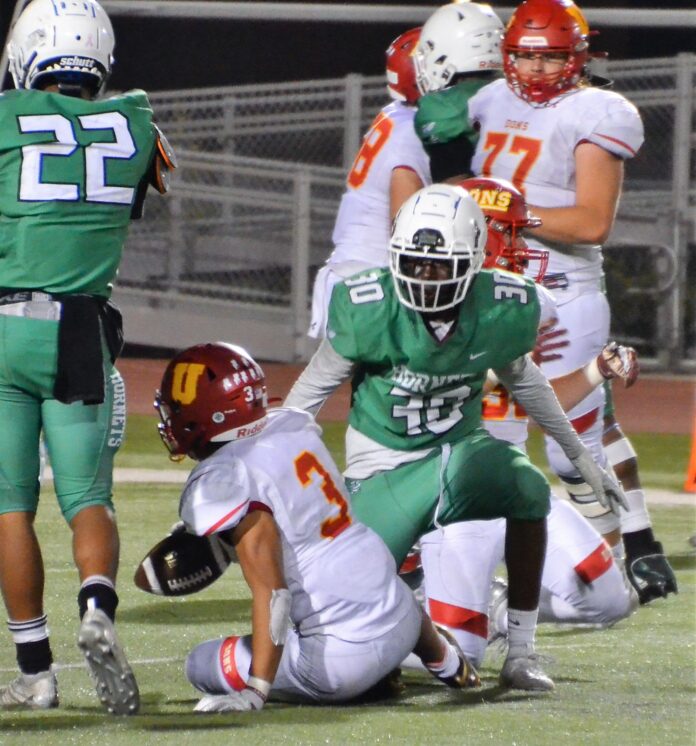 Article and photos by Darrel Wheeler

Cathedral Catholic’s powerhouse Dons came to Vic Player Stadium ready to continue their dominating war over the Hornets of Lincoln. However the busy Hornets on senior night orchestrated a clever ambush on the number 29th ranked team in the nation defeating C-Catholic 24-19.

The Hornets were able to overcome their many penalties, some real and some exaggerated.

“Everybody expected us to lose but we had faith in ourselves. We had new changes to our defense and the whole team played inspired football,” said Lincoln’s Gator-Aid-soaked Head Coach David Dunn.

“I have a lot of respect for my guys. They played with a lot of heart tonight.” Under the direction of D-Coordinator Bashieff Jones, Jr., the attacking Hornets held C-Catholic’s high powered offense to only 19 points.

Ben Benjo O’Brien was kept out of the end zone but made big play after big play to put the playoff-bound Hornets into scoring position.

“This win started in practice. We knew we had to have team chemistry in practice to succeed tonight. We had that chemistry and we came out with the victory,” Ben O’Brien shared.

The Hornets will advance to the playoffs on 10-15-19. Opponent, place and time will be determined later.