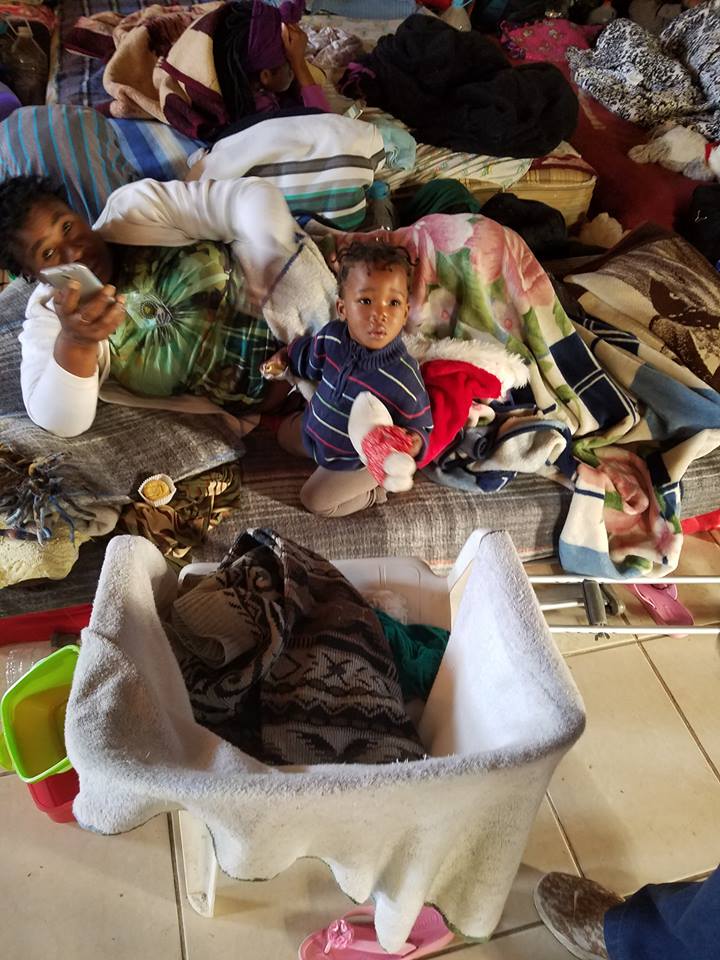 On January 17th, San Diego residents Terry Sivers and Prince Graham made a trip down to the Mexican border with a truck full of 20 mattresses to donate to a shelter housing between 300 and 500 Haitian refugees. The mattresses were collected in a drive they promoted on Facebook. After being turned away at an initial border crossing, Sivers and Graham were starting to doubt if they’d make it across with the much needed mattresses. However, in a turn of events that Sivers described as ‘the ancestors working in their favor’, they were able to get through.

“One of the customs agents said we couldn’t ever do this again, but ‘put the money on the seat and we’ll let you through,’” Sivers recalled.

The trip was one of many a group of San Diegans including Adisa Alkebulan and Amelia Del Pilar Prado Hurtado have made to offer support and aid.

After the devastating earthquake that struck Haiti in 2010, many Haitians fled the country on work visas to go to Brazil. Over the past few years, the Brazilian economy has recessed, leaving many people stranded. The Haitians started migrating north to try to get to the United States on refugee status only to be met by closed boarders. An estimated 5 thousand refugees have been living in Tijuana ever since.

Sivers says the dynamic has changed in Tijuana with the influx of black people in the region.

“The Mexican government has helped some during this time, converting churches into shelters. Other independent organizations have been doing their part as well.”

Despite the uncertainty and living conditions surrounding the Haitians, Sivers also noted that their spirit hasn’t broken since being in the shelters.

“They’ve picked up 3 languages on the way to TJ in English, Portuguese and Spanish. It’s not like they’re defeated. It harkens to the spirit of Haitians being the first independent African nation in the west.”

Looking forward, Sivers plans to document some of the refugee’s and get narratives in order to inspire more people to support and let them know what’s going on at the border. He’s also looking for someone who speaks creole and has a passport to help translate.

“It’s important for us to embody Pan Africanism and link black people here in the US to people across the diaspora. Letting people know that there are black people in the US who support them. Reconnecting us as a people is important.”

If you’re interested in donating clothing to the refugees or know someone who speaks creole to help with translation, email Sivers at sivers1979@gmail.com.