Home National OP-ED: Because of the CBC, the Farm Bill Includes Millions for HBCUs,... 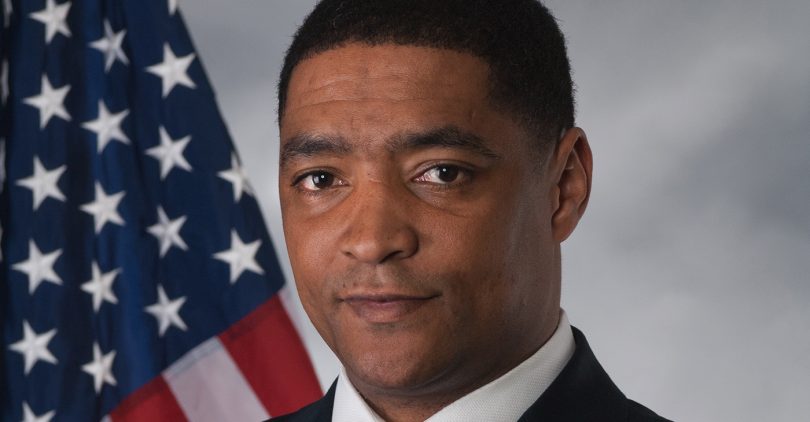 In 1986, on her award-winning “Control” album, singer-songwriter Janet Jackson asked: “What have you done for me lately?” This is a question the Congressional Black Caucus (CBC) is asked a lot. Well, here’s our latest answer to that question: Since its founding in 1971, the CBC has used the legislative process to right historic wrongs and to give a voice to the voiceless, and that’s exactly what we did in the $867 billion Farm Bill that passed Congress, which includes millions for HBCUs, black farmers, and rural communities of color.

In addition to this new reporting requirement, at least three of these institutions will get a research center, called a “Center of Excellence”, that will allow them to lead the nation in research on food insecurity issues that affect African Americans in both rural and urban communities. It’s no secret that a lot of low-income, black communities are food deserts – meaning that there’s no place for the people who live in these communities to get fresh fruits and vegetables. The hope is that the research coming out of these Centers of Excellence will help address this issue and others.

Finally, the 19 historically black land-grant universities will get at least $2 million in additional federal funding for scholarships that they can use to attract new students. This funding will come from the $80 million scholarship program ($40 million in mandatory funding and $40 million in discretionary funding) that the CBC fought to get included in the Farm Bill.

As a result of the CBC’s efforts, black farmers will now be able to get the training and resources they need to better run their farms through USDA’s Farming Opportunities Training and Outreach Program (FOTO), a program that is a combination of the USDA’s Beginning Farmer and Rancher Development Program and the Outreach and Assistance for Socially Disadvantaged Farmers and Ranchers and Veteran Farmers and Ranchers, the latter of which provides grants to organizations that work with farmers of color and farmers who are veterans. The combined FOTO program will get $50 million in federal funding, a $20 million increase from previous years.

As a result of the CBC efforts, black farmers will also be able to more easily pass their farms on to their families. Some estimates show that 60% of land owned by African-Americans in the United States is heirs’ property, which is property that is passed down without a will or transfer of title. Before now, owners of heirs’ property were unable to get the credentials that are required to access USDA programs that could help them resolve heirs’ property issues. The CBC fought to address this contradiction in the Farm Bill.

Finally, because of issues that black farmers experience both within and outside of USDA, the CBC fought to include a provision in the Farm Bill that protects the Department’s Civil Rights Division from reorganization and political interference. Specifically, the provision prevents the Division from implementing actions, policies, or decision documents until a civil rights analysis is conducted by the Department on how well the Division processes and resolves civil rights complaints.  This analysis is necessary to protect the civil rights of USDA employees, contractors, and beneficiaries (e.g. black farmers).

My last day as CBC chair is Wednesday, January 2. Members of the CBC can’t be chair for more than one Congress so I’ll be passing the torch on to Congresswoman Karen Bass (D-CA-37) who I’m confident will take the CBC to higher heights. For me, chairing the CBC has been an opportunity of a lifetime. But the thing I’m most proud of is this: Despite a White House and Congress that was hostile to bettering the lives of African Americans, the CBC was still able to get a lot done, and the policies and programs included in the Farm Bill is just one of many examples. Happy holidays to you and your family.

Congressman Cedric L. Richmond represents the 2nd District of Louisiana, which includes parts of New Orleans and Baton Rouge. He is also the chair of the 48-member, bicameral, bipartisan Congressional Black Caucus (CBC), which was established in 1971. Follow him on Twitter at @RepRichmond. Follow the CBC on Twitter at @OfficialCBC.