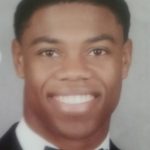 To say that Devyn Bryant isn’t the average African-American male growing up in America today is more than a mouthful. He’s out to change the world-one person at a time! How does he measure up?

First as a top cornerback for the USD Toreros, Bryant’s love for football can be traced back to when he began playing at the tender age of eight.

Second, as a top notch student who was recruited by Harvard, Stanford, and UC Davis to name a few, Bryant commands respect on and off the field with a major in mechanical engineering and a 3.54 grade point average.

Bryant, a soft spoken gentleman credits his mother, a researcher for a pharmaceutical company, his father’s introduction to the world of pop warner football and his passion for the sciences as the force that drives him on his quest.  He grew up in the San Diego area of Mount Hope.  Not only was Bryant introduced to football at an early age but his parents impressed upon him the importance of good study habits, excellent grades and giving back to his community as both a mentor and role model.

Next stop for Bryant is changing the world one cause at a time. He has been involved with the Autism Tree Project Foundation as a mentor and Big Brother to autistic children, the National Society of Black Engineers, and he has even traveled to the Dominican Republic to build “rocket stoves” out of cement and rock in order to help residents in the rural town of El Cercado to make cooking easier. He and fellow students also installed chlorinators to disinfect drinking water in the village.

Bryant approaches each and every cause he gets involved with from the heart and adds his knowledge of engineering, academics and family skills to not only establish life-long relationships but back up his deeds with acts of kindness leaving impressions that impact the world.

Kobe Bryant: A Black Man Who Above All Else Kept Going