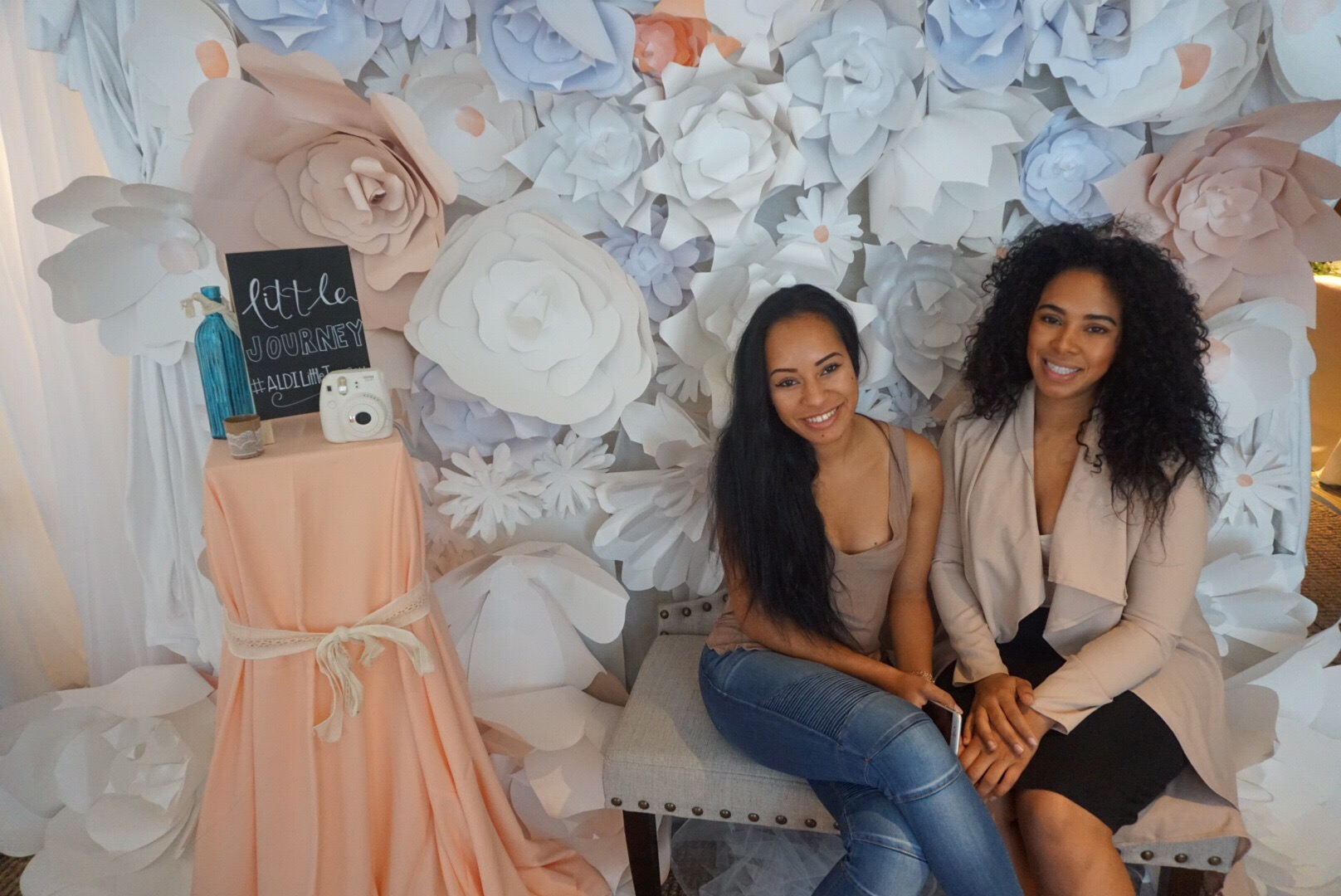 Maya Angelou once said, ‘Life is not measured by the number of breaths you take, but by the moments that take your breath away.’ Nicole and Alexis Harris have made a living creating these moments for couples ready to take the next step in their relationship. Their business, ‘One Last Frog’, specializes in crafting unique and one of a kind proposal settings, romantic dates, and day-of wedding services. Love is a universal language, and these ladies are fluent in it.

Nicole and Alexis are San Diego natives and were inspired to start their business due to a request from one of Alexis’ co-workers.

“A friend at work was about to propose to his girlfriend and was asking me about all of these tips and pointers,” said Alexis. “He wasn’t trying to do something extravagant, but if the small details got mixed up she would know what was going on. Girls pick up on things right away. I was helping him plan it so it would be flawless.”

She set the stage for the big day at Santa Monica Pier because it was one of their first dates. The co-worker was a marathon runner, so he pretended he was going to run a race in Los Angeles. His girlfriend came with him to the pier for what she thought was a pre-race hangout. As a part of the setup, Alexis had cameras, tipped street performers on the Pier to all stop playing their sets and had one performer to start playing the girlfriend’s favorite song. Then the co-worker asked someone staged as a tourist to take a picture of the couple, and she started recording to get a close up reaction. He then revealed the big set-up to his girlfriend offering his proposal and she started crying. After she said yes, all of the street performers played her favorite song together.

“Her reaction got me really passionate about starting this,” Alexis said. “I spent a lot of time on [the proposal] and told my sister I thought it should be a business.”

After doing research about possible competitors and realizing not much was being done on a large scale, the Harris sisters created ‘One Last Frog’. The name plays off of the fairy tale ending of finding one’s true love that often leads to a couple’s happily ever after. The business, which started three years ago, built its clientele by starting with friends to get practice then word of mouth started spreading about the great work they were doing. Alexis believes what sets their business apart from others is their direct involvement with each client and focusing on the details.

“We don’t just do this for the money. If you compare our prices to others, we do high end things, but we do a lot of the work ourselves. We meet with you, then have a team of people we delegate things to. We care more about making the day really nice.”

At 22 and 24 years of age respectively, Alexis and Nicole complement each other well as business partners. Nicole excels on the business side of things, and Alexis prides herself on being the creative. Combing the internet for ideas and inspiration. She even learned calligraphy to add another tool to what the business offers.

Their dynamic teamwork and dedication to their craft will soon be showcased to a national television audience. One Last Frog will be featured on an hour long episode of a new show on Bravo set to shoot in October and air in March. The episode will focus on a proposal the two ladies will plan for a couple and offer a deeper look inside of their business and relationship.

With all of the success and attention their business is garnering as of late, Alexis feels it is important to relay the message that their business is a black owned. At first glance, you may not be able to tell because their mother is Mexican.

“I am black. This is a black business. 100 percent. You have to take pride in it. Just because it may push people away from you, who cares. Then I don’t want to do business with you. I feel like a lot of people doubt the black community. The pride comes from being a part of the resume of black businesses that have succeeded. I want to be part of that positivity. When you see us on TV you can say ‘wow, these are young black girls who are actually doing it.’ It doesn’t matter what side of the 8 you’re living on.”