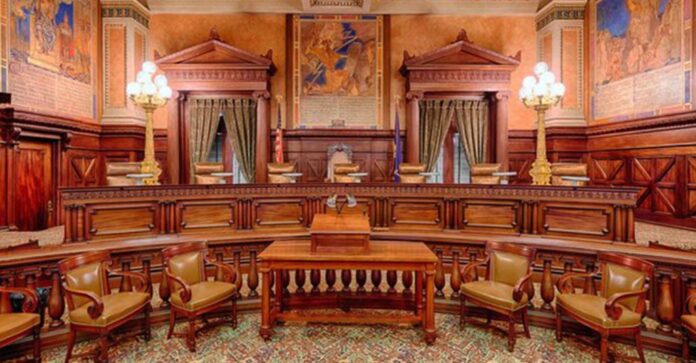 By the spring of 2021, Bill Cosby will learn whether he must remain in prison or if the Pennsylvania Supreme Court has decided to grant him freedom.

On December 1, his attorney Jennifer Bonjean of New York made what seemed like a convincing argument that Cosby didn’t receive a fair trial. The high court agreed to hear Cosby’s appeal on two grounds:

The testimony of five women who claimed Cosby drugged and assaulted them decades ago, and the entertainer’s agreement with the former District Attorney that a civil deposition would never be used to prosecute him.

Bonjean hammered away at both, appearing to score crucial points with the seven justices. Tellingly, however, was the mind-boggling argument from the state’s appellate lawyer, Adrianne Jappe.

Jappe asserted that Cosby should have had a “better understanding of the law as a celebrity.” While the justices appeared flustered by Jappe’s dissertation, others flat out rebuked that argument.

“Celebrities have access to expensive legal teams, but those legal teams are generally through their television network, movie studio or record label and not necessarily someone they themselves personally went on a hunt for and sought out,” Michael Freeby, music video director recently nominated for an MTV Award, told Black Press USA.

“I have actually been present in several instances where celebrities big and small have asked their team to find someone else on their team who knows their lawyer’s information because the celebrity did not have any knowledge of who their personal lawyer was apart from the fact that they had one,” Freeby added.

“Being surrounded by yes people, some celebrities certainly think they’re above the law, but in my experience, I do not truly believe that they are necessarily studying it, specializing in it, or even having an active interest in it. Celebrities specialize in whatever talent it was that made them famous.

“To claim we should expect them to excel at something unrelated makes no sense. Celebrities are always at fancy restaurants, but it doesn’t mean I would expect them to know how to prepare an exceptional five-course meal. I feel Bill Cosby has been a ubiquitous household name for so long that if he truly were a legal expert, we the public would have known by now.”

“That’s just not how equality works. Understandably, there are some aspects which need to be taken more cautiously due to public representation and televised cases, but if we’re honest here, in an ideal world, every case would be treated with utmost importance,” Hardwick responded.

“Just because someone knows the law well doesn’t mean they aren’t going to break it. Just like an ordinary citizen might have an excellent understanding of what they’re doing wrong, so might a celebrity. And they should therefore be treated the same.

“There should be no preference nor scrutiny just because of their public ranking. The difference should only come with how well an individual’s lawyer handles a case and whether they’re able to prove if the individual is guilty or not guilty, because that’s their job.”

Cosby has served more than two years of a three-to-ten-year sentence after a jury convicted him in 2018 of aggravated indecent assault.

The entertainer has maintained his innocence, and, in his only prison interview, he told the Black Press that unless his appeals were successful, he expected to serve his entire sentence.

He offered that parole boards typically want inmates to show remorse and, because he hadn’t committed the offense, Cosby remained adamant that he wouldn’t admit to any crime.

If the court’s questioning of prosecutors during the appeal hearing is any indication, it appears the entertainer won’t have to face a parole board.

“What is the lesson that emerges from your position in this case regarding the reliability of prosecutorial decisions? What is the implication for the thousands of promises made by prosecutors across the commonwealth every day or every week – plea deals, immunity agreements, non-prosecution agreements, and agreements to cooperate with witnesses?”

Pointedly, Wecht asked prosecutors: “If your office’s word is not its bond and we validate your position here, what is the lesson that emerges from beyond this case for all cases going forward in Pennsylvania, do you understand my question?”

His colleague, Justice Debra Todd, pronounced, “Castor closed the case.” Wecht followed by offering this take to prosecutors: “A sitting district attorney made a decision memorialized in a press release. You don’t like that; you being the successor office that is, but why does that not bind you as the successor office?”

Justice Max Baer then said there’s little doubt that “Cosby didn’t have a fair trial,” adding that the five women who testified to uncharged, unproven, and until recently, unknown allegations, were “extraordinarily prejudicial to Cosby.”