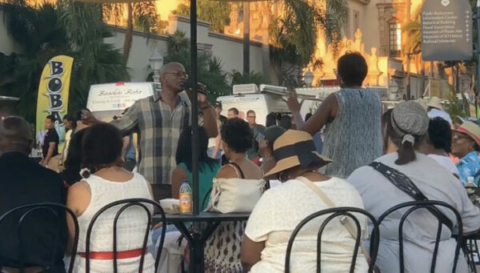 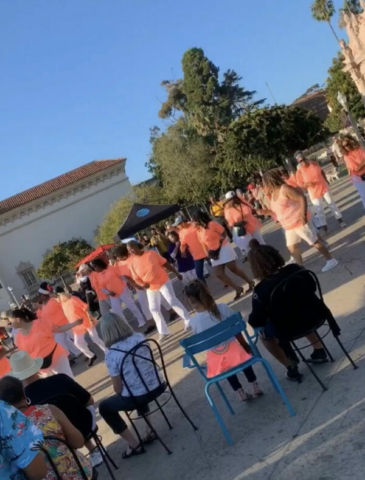 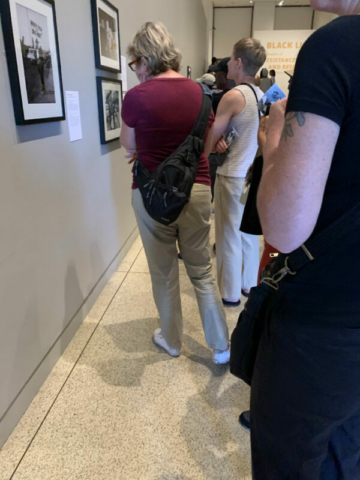 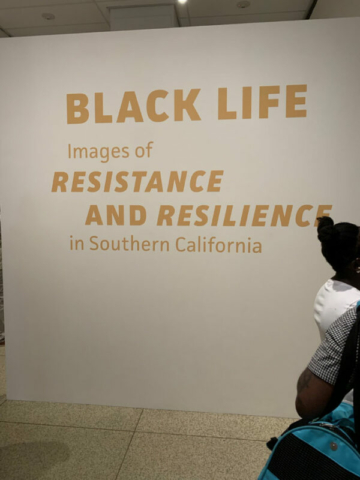 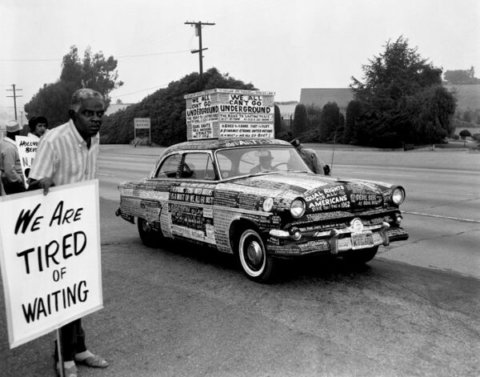 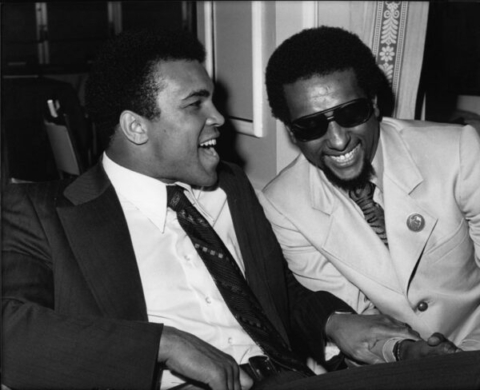 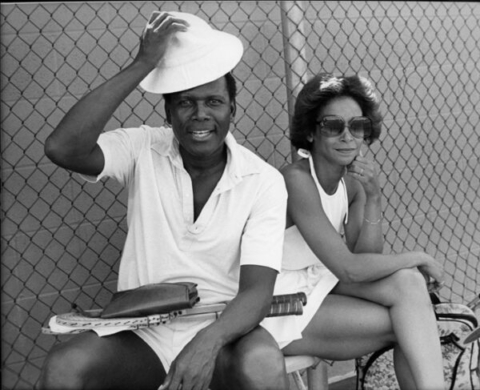 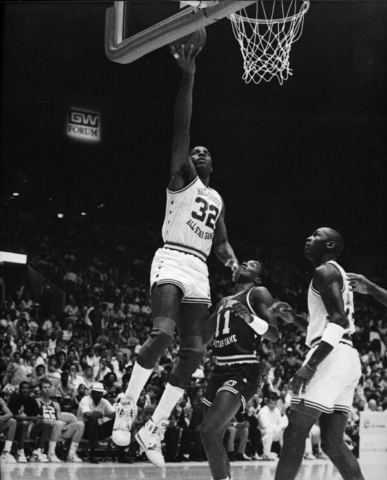 August 30, 2019, a large,  joyous and diverse crowd ranging in age and ethnicity gathered at Balboa Park’s San Diego Museum of Art on a sunny San Diego afternoon for the opening celebration of the Black Life: Images of Resistance and Resilience in Southern California. The display is free to the public in the Museum’s Fleming Sr. Gallery until December 1, 2019, located off the sculpture court adjacent to Panama 66.

The evening began with a packed audience inside the gallery looking onto the collection of 40 black and white modern prints taken by native California photographers Harry Adams (1918–1988), Charles Williams (1908–1986), and Guy Crowder (1940–2011). All were very prominent and often unsung heroes in their craft. Working primarily as freelancers for publications such as the Los Angeles Sentinel, California Eagle, Los Angeles Times, and the LA Metropolitan Gazette, the three captured images that offered a uniquely rare look into black lives. Their imagery ranged from everyday members of their communities to the likes of Muhammad Ali, Malcolm X, Sidney Poitier, Queen Latifah, Chris Rock and many more.

The exhibit works explore black life in four sections: entertainment, prominent sports figures, activism and daily life, and it is amazing to have so many culturally significant photographs in the heart of San Diego for friends, family, and loved ones to visit and embrace.

When the doors opened Friday night, the crowd wandered around the halls soaking in the history and cultural impact of the prints that were elegantly arranged along the walls before enjoying a welcoming speech from an instrumental member in creating the exhibit, Gaidi Finnie who serves as on the Board of Directors for the San Diego African American Museum.

After about an hour spent appreciating the art exhibit, attendees enjoyed the festivities that continued the celebration outdoors. Mr. Finnie thanked the crowd again for their attendance and reminded them that this is all for them. He encouraged everybody to come together and enjoy each other’s company, history and culture. “Can you dig it?,” Finnie remarked, in closing, to smiles from all.

A DJ blasted lively music from under a shady canopy. Group and organized dances that allowed the audience to join including the electric slide and the cupid shuffle took over the courtyard. A microphone was handed over and a well-received performance from Floyd Smith followed. The exhibit was an occasion that everyone was thankful to be a part of and it was an event full of smiles, love, laughter, culture, history, family, friendship, dance, song, and joy.

This entire event and exhibit was brought to life by a collaborative effort between the Board of Directors of the San Diego African American Museum of Fine Arts (Carolyn Smith, Brian Mathews, Dr.Fern Nelson,  Khalada Salaam, Sinia Shaw, Ramel Holyfield, Ed Nesfield, Denise Rogers, Gina Jackson, and Gaidi Finnie), California State University Northridge (who provided the prints from the archive of the Tom & Ethel Bradley Center) and The San Diego Museum of Art, which provided the space and infrastructure in compliance with the American Alliance of Museums.

Jessy Wilson on ‘Keep Rising’ Anthem and the Hope it Brings